Let the Wookie Win: Chewbacca and THE RISE OF SKYWALKER 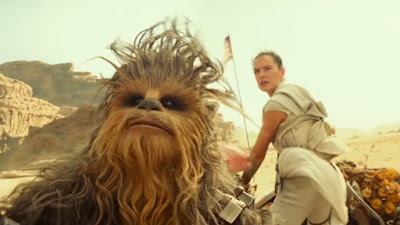 In giving us what we think we want, Episode IX denies us what we really need.

Warning: This whole damn thing is a Rise of Skywalker spoiler.

For much of its running time, J.J. Abrams’ Star Wars: The Rise of Skywalker is less a narrative than it is a collection of highlights, a rip-roaring, cotton candy ode to joy that sends the sequel trilogy (and, indeed, the entire Skywalker Saga) out with everyone feeling all warm and fuzzy: Ben Solo is finally redeemed, sacrificing himself to save Rey from the reincarnated Emperor Palpatine. BB-8 makes a new best friend in the cone-headed D-0. General Leia passes peacefully into the Force, allowing Poe and Finn to come into their own as leaders of the Rebellion (or the Resistance, or whatever). Rey confronts and overcomes the dark influences inside of herself, harnessing the legacy of countless Jedi Masters to obliterate the Sith once and for all. Burying her mentors’ lightsabers in the Tatooine desert, Rey takes on the surname Skywalker and strides boldly into an unknown future. That leaves only the mighty Chewbacca, who gets, well, a medal. 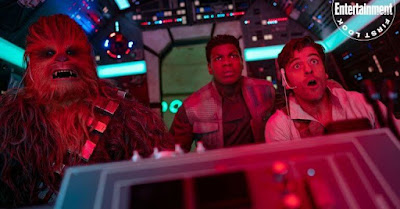 Yes, in a moment seemingly written by a Reddit thread, Maz Kanata presents Chewbacca with the medal that every Star Wars fan knows he earned forty years ago in A New Hope. She assures the grieving Wookie that Leia — who held the medal on her deathbed — would have wanted him to have it. It’s a cute moment. A sweet one. It’s nice to see our furry friend celebrate a win only a short time after dropping to the ground in agony at the news of yet another Skywalker’s death. It’s great. The problem, of course, is that it makes absolutely no sense. Was this Han’s medal? Luke’s? Did she keep an extra one in her space purse for four decades, lording it over one of her oldest friends like some kind of carrot for services yet to be rendered? Of course not. We’re not meant to think that far into it. I’m just being an asshole. Like so many things in The Rise of Skywalker, it’s meant to be celebrated in the moment, not connected to a cohesive whole. J.J. Abrams and his team just wanted to give us something that would make us smile with recognition, something that would feel like a personal win.

And no, of course I’m not going to spend a thousand words obsessing over a Wookie getting a medal. The medal isn’t the problem, not really. But it is a symptom of a larger issue with the way The Rise of Skywalker presents its vision for Star Wars: “Give everyone want they want,” it seems to say. Give everyone what feels good. Tap into that adolescent joy we all felt when we saw Star Wars for the first time. Rian Johnson (Yup, I’m bringing him into this!) wanted to have a conversation about what Star Wars means. The Last Jedi reflects on our shared history with the franchise. It offers constructive criticism as well as effusive praise. It endeavors to improve it for future generations. Not The Rise of Skywalker. No, this film just wants us to remember how much we love it! It wants us to live in that warm, cozy blur so badly that it’s willing to sacrifice a character’s genuine narrative and symbolic efficacy in favor of a moment of empty nostalgia. I’m talking, of course, about the prison shuttle fake-out: Overwhelmed by the dark energy brewing inside of her, Rey inadvertently lets out a bolt of Force lightning that destroys the First Order ship we’re led to believe is carrying Chewie. It wasn’t, though. There Was Another. 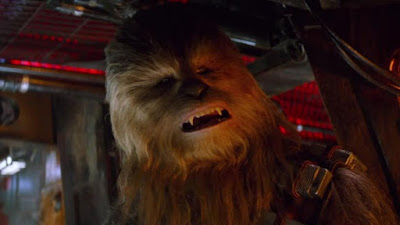 Now, I love Chewbacca. I do. But how great — how truly heartbreaking — would it have been if he had actually died in that moment? Throughout the sequel trilogy, he’s been a lifeline, a steady hand for Rey in her journey. His approval led Han Solo to offer her a job on the Falcon. He supported her as they both grieved the smuggler’s death. He stood by her side as she explored Luke Skywalker’s island of shame. If Rey’s struggle for deeper strength — a struggle that finally, awesomely reveals her connection with the Dark Side — caused the death of our favorite co-pilot, would the stakes of her quest for inner peace not have been raised exponentially? Would she not then be more able to sympathize with Ben Solo, whose own inner darkness led him to murder his father? Would that not have deepened their tenuous bond and further blurred the line she insisted on drawing between good and evil? Maybe if Skywalker had let that moment stand, it wouldn’t have needed to retcon her origin story. Rey would have found balance in the Force not just to save herself, but to avenge her dear friend. Our dear friend. 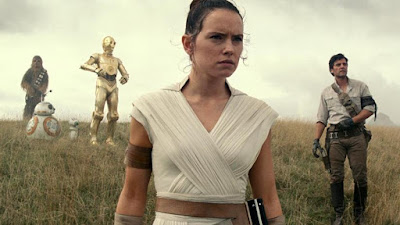 But that’s not The Rise of Skywalker. We’re meant to feel about this film, not to think about it. And that’s okay! Sometimes things need to be fun! Not everything needs to be a meta-textual deconstruction. But The Chewbacca Problem is Skywalker in a nutshell: Take a complex issue and make it more digestible. Make it comforting. Pain should be momentary and should always be paid off with catharsis. We can put Chewbacca in harm’s way, but we can’t give him a meaningful death because it would be more fun if he got a gold medal. Rey can flirt with the Dark Side because she’s an evil Palpatine, not because morality exists in a constant flux between perceived rights and wrongs and the Force is a metaphor for that dichotomy. C-3P0 can have his memory wiped to connect one stupid fucking narrative dot to another (Didn’t they get the Sith dagger back afterward, anyway?), but we have to reinstall it an hour later because, I don’t know, his awkwardness gets creepy without his lovable personality?

Ultimately, these are quibbles. It’s okay when things are fun and easy. But maybe, just maybe, they mean a little more to us when they’re hard.
Posted by Patrick Bromley at 5:00 AM