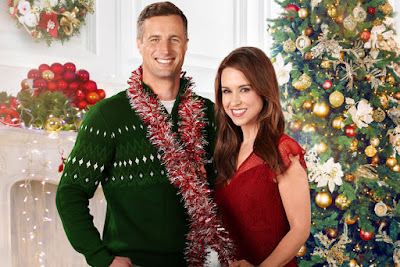 Darcy Fitzwilliam is a successful business woman who returns home to help her mom throw the Pemberly League holiday gala. She immediately runs into her debate team rival, Luke Bennett. Luke has been hired to cater the gala and assist Darcy with the planning. As Darcy and Luke work through the ups-and-downs of galas, they begin to discover there may be something more between them.

I wanted to like this movie. I know nothing will ever beat the BBC adaptation (and Colin Firth) but surely something good can come out of a holiday version of Pride and Prejudice. This movie is not that. To be fair, it is actually based off of a novel called Pride, Prejudice, and Mistletoe. I feel like it’s unfair to point out all the misses the moviemakers made regarding plot points between the original novel and the movie since the fault may lie with adapted novel instead. I will say that this movie does not make me want to read the adapted novel, even with my great love of Pride and Prejudice.

The erratic plot and characters were both entertaining and disappointing. Adam and I laughed out loud as characters claiming to be in a tizzy over a lack of time decide to go for a stroll and sip hot cocoa instead. Darcy’s mother and father were unintentional comedic gold with their apparent ignorance of each other’s existences. I wish there was more tension between Darcy and Luke besides the few eyerolls at the beginning. The OG Darcy and Bennett have such witty repartee between them and I thought the writers would surely capitalize on that…but sadly they did not. 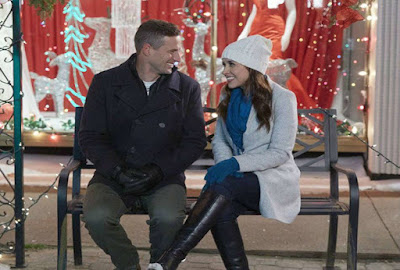 Adam: After hitting up three Netflix Christmas movies, Alison and I decided to switch it up and grab a movie from the Hallmark Channel. I’m glad we picked this one, because it has set a standard in my list of movies. Ladies and gentlemen, I would like to announce that I have discovered the whitest movie ever: 2018’s Pride, Prejudice, and Mistletoe!

I don’t even know what to say about this country club with snow monstrosity that Hallmark has unleashed on the world. There are several people in this movie that I am pretty sure I’d get into a political argument with over Thanksgiving dinner. It probably doesn’t help that we just watched the very diverse Holiday Calendar before this, but this entire movie exists as a First World Problem. Darcy (Lacey Chabert) is a wealthy hedge fund manager who left her incredibly wealthy father’s hedge fund to start her own. In the process, she broke up with her wealthy boyfriend and traveled back home to help her mother with a Christmas fundraiser for all their incredibly wealthy friends.

None of these movies I’ve watched so far are great, and are all different shades of the same color. They’re predictable, but this is the first time I was actively angry at a movie. They obviously wanted to make a movie with a “twist” on Pride and Prejudice, but with the exception of a few names, there is almost no parallel between Pride and Prejudice and Pride, Prejudice, and Mistletoe. I understand that having an all-white cast is not necessarily a problem. I could have easily overlooked it as I have in hundreds of other movies I’ve seen. The issue is how they exist in this world. There are a few minority characters in this movie, but they are either antagonists, or Darcy and her family are somehow using their extensive wealth and power to help them. The first minority character we are introduced to is a street vendor who wants Darcy to help him manage his money. After that, it’s a slow trickle of Darcy’s family running into manufactured non-issues, where they then enlist the help of a minority character that will obviously be excited to get the publicity and money that Darcy and her family will provide. Then there is the love story between Darcy and Luke, but any tension between them is complete nonsense. In the climax of the tension, the two rivals argue (and I use the term “argue” loosely) over where to put the sweets table during the fundraiser. Sometimes you watch a bad movie that ends up being kind of fun in its awfulness. That was Holiday in the Wild for Alison and myself. Pride, Prejudice, and Mistletoe was just bad. It is completely absent of any creativity or craftsmanship and filled with characters that I could not relate to on any level. Hallmark put this movie out and it’s clear that after years of doing this they have a target audience they are trying to reach. In that sense, it does its job. My biggest issue with Pride, Prejudice, and Mistletoe. If you’ve been paying any attention to the news lately, Hallmark Channel has pulled all commercials that depict lesbian or gay couples after complaints from their audience. When we started watching this movie, I was shocked it was made in 2018. I thought it was tone deaf and completely out of touch. Well, after the events of the last few weeks, I think the issue is it is very much in touch with its audience. The audience just isn’t me.
Posted by Patrick Bromley at 5:00 AM