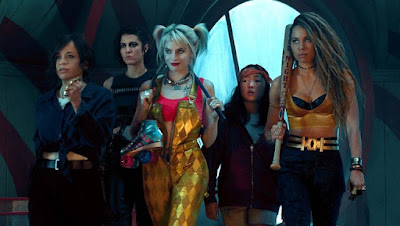 The review duo who are ready for the new decade.

Adam: This week, Rob and I are looking ahead to the 2020 film calendar and each choosing three of our most anticipated releases. My first pick is Birds of Prey, directed by Cathy Yan. I didn’t like Suicide Squad except for Margot Robbie’s performance as Harley Quinn. Making a spinoff with her character was a wise move, and her pitch for Birds of Prey as an R-rated girl gang movie sounds awesome. Over the past few years, Robbie has shown savvy taste in choosing good projects. I’m optimistic about Birds of Prey since she’s producing and presumably the film will have more of her input. The trailer’s fun, too, although I’m not sure how much stock I should put into that since one of the best trailers of 2016 was for Suicide Squad. Hopefully being away from the summer (this is set for a February release) will free up DC to make Birds of Prey more idiosyncratic and less bound to blockbuster formula. 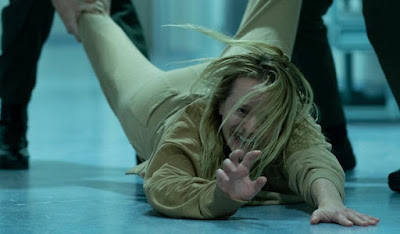 Rob: Margot Robbie has a blank check, as far as I’m concerned. Great pick! My first choice is Leigh Whannell’s The Invisible Man, starring Elisabeth Moss, Oliver Jackson-Cohen, and Storm Reid. I discovered in researching this column that I’m actually a pretty big Leigh Whannell fan: I enjoy some of the Saw films, as well as the first Insidious (I haven’t seen the others), and I thought last year’s Upgrade was a great modern B-movie. All that — and my general love for Elisabeth Moss — aside, The Invisible Man gets the nod from me because it has a legitimately great trailer. When was the last time you saw a legitimately great trailer? Not like, “Fine for a modern trailer,” but truly good? It’s the first one in a while that I went back and watched two or three times. And look, we can joke about the Dark Universe all we want (and I have), but Blumhouse seems to have righted the ship on this project in all the best ways. It also helps that The Invisible Man (1933) is my favorite film of the original Universal Monsters cycle. I’m excited!

Adam: I wish I had the same reaction. On paper, I’m excited about The Invisible Man (2020), but I wasn’t expecting the trailer to make it look so similar to Sleeping with The Enemy. I’ll still see it, I’m just not as excited about it as I was before. My next pick is the live-action remake of Mulan, directed by Niki Caro (Whale Rider). I wasn’t expecting to make this pick until I saw the trailer for the film. It looks great, a rare case where an animated film makes perfect sense for a live-action retelling. I’m a pretty big fan of the 1998 Mulan, so even though I’ll be constantly comparing the two, the story is strong enough (and adult enough) that telling it in a different way makes perfect sense to me unlike The Lion King or Aladdin, where much of the magic comes from seeing animals and genies sing and dance in ways better suited for animation. The cast for Mulan is solid, with Donnie Yen, Jet Li and Gong Li all appearing. Plus, Jason Scott Lee from Dragon: The Bruce Lee Story and Rudyard Kipling’s The Jungle Book is the villain! It’s neat to see him back in a big movie. I’m a fan of some of Niki Caro’s past work, especially the Kevin Costner sports movie McFarland, USA, and it’s great to see someone other than Jon Favreau or Bill Condon direct a movie like this for Disney. I’m curious how they’ll handle the music from the animated film, which was a highlight of that version. Is this new Mulan at all a musical? It doesn’t look like it. It’s reminding me most of a lost Zhang Yimou movie from 2005. 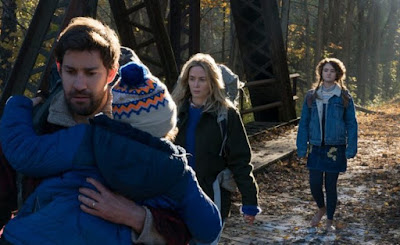 Rob: Unlike nearly every other “live action” Disney remake, I have no real emotional nostalgia for the original Mulan. I like it just fine, but I’m excited to go into this one without a real basis for comparison. My next pick is A Quiet Place: Part II, written and directed by John Krasinski. It’s not because I want another Quiet Place, though. In fact, I think making a sequel to A Quiet Place — a tiny would-be cult movie that had enough star power to go mainstream — is a phenomenally bad idea. In writing the sequel, I’m sure that Krasinski will do what most ill-begotten sequels do: go too big, too fast, trade story for spectacle, and over-explain the lore to the point of confusion and frustration (cough John Wick sequels cough). The first film’s novelty is gone, after all, and I’m positive that a sequel will wear the premise so thin that it’s liable to snap. Still, I’m rooting for A Quiet Place: Part II. I am. I’m hoping that Krasinksi is able to properly stoke the Unstoppable Cinematic Fires of Emily Blunt. I’m hoping he keeps the story small. I’m hoping it’s as character-driven as the original. A Quiet Place: Part II has everything working against it, which is why I hope it succeeds. 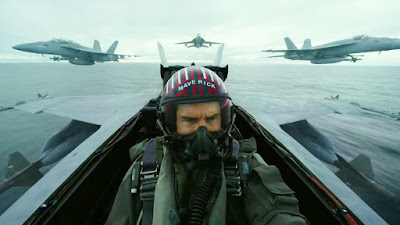 Adam: I guess I’ll be the cranky old guy again (sorry Rob). I didn’t like A Quite Place very much, so the sequel…I dunno, I guess I’ll go if there’s nothing else out that weekend. It’s weird because I can recognize the original is well-made, but it just does absolutely nothing for me personally. My third pick is Top Gun: Maverick. I’m more a casual fan of the original Top Gun than superfan, but something primal happens to me whenever I hear the Top Gun theme by Harold Faltermeyer. When I hear it, the only place I want to be is in Top Gun land. The long-awaited sequel has a lot of factors in its favor: 1) There are two great trailers for it already and it’s not even due to come out for another six months, 2) Tom Cruise is in a movie where he’s performing stunts, 3) The premise (Maverick trains Goose’s son [played by Miles Teller]) sounds very Creed, which is a smart formula for a legacy sequel and 4) Top Gun is the type of movie that can really benefit from all the filmmaking advancements made since 1986. The only aspect I’m leery about is that Top Gun: Maverick is directed by Joseph Kosinski, who has yet to make a movie I like (I haven’t seen Only the Brave), even though he’s a gifted visual filmmaker. I’m gonna IMAX the shit out of this movie. 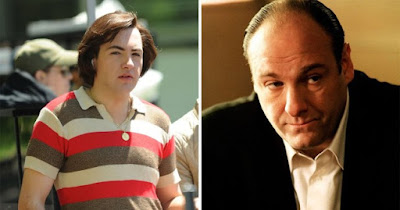 Rob: Wait, really? I thought McQuarrie was directing that?! Just writing? Dang, alright. Well. I’m less excited now, but how can you root against Tom Cruise? He gives 110%! I mean, that’s impossible and stupid, but Tom Cruise makes it possible and not as stupid! Speaking of which, my last pick is The Many Saints of Newark, the Sopranos prequel film starring Ray Liotta, Vera Farmiga, Michael Gandolfini (as young Tony), and Jon Bernthal. I have to confess that this pick is inspired by a recently-completed Sopranos rewatch, which was itself inspired by a recently-completed reading of Matt Zoller Seitz and Alan Sepinwall’s The Sopranos Sessions. So, anyway, I’m all back into The Sopranos now. The Many Saints of Newark is slated to tell the story of Johnny Boy Soprano’s (Bernthal) rise to power with the help of Dickie Moltisanti (Alessandro Nivola). Do we need this story? No. Are prequels almost always a bad idea? Yep. Is Vera Farmiga playing emotional terrorist Livia Soprano enough for me to disregard all of that trepidation? It is! Plus, just take a look at those production photos of Michael Gandolfini as a teenaged Tony. Disney couldn’t CGI a better James Gandolfini. I’m in.

Adam: I share your enthusiasm and excitement for The Many Saints of Newark. The cast is great! I miss James Gandolfini. Side note: how did neither of us pick the new Bond?

Adam: I figured you would, so I didn’t. It was a very dangerous game. Oh well. Until next time…

Leave a comment with the 2020 movies you’re anticipating most!
Posted by Patrick Bromley at 5:00 AM

Email ThisBlogThis!Share to TwitterShare to FacebookShare to Pinterest
Labels: 2020 movies, a quiet place 2, birds of prey, mulan, reserved seating, the invisible man 2020, the many saints of newark, top gun maverick