Ladies Behind the Lens: Supersized Edition 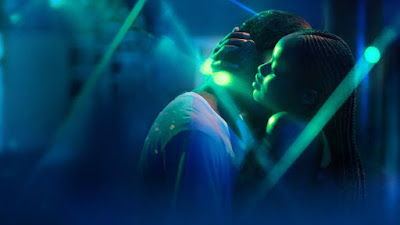 On January 1st of this year, I made a movie resolution: I would watch at least one film per week directed by a woman. I’m happy to say that as of this writing, I’ve seen 96 movies by women in 2019 and hope to hit 100 before the clock strikes midnight on December 31. The funny thing is, I feel like I’ve barely scratched the surface of all the amazing women directors and their filmographies. If anything, this year-long viewing party has made me eager to seek out even more movies by female filmmakers.

I’ve highlighted some of my discoveries in this column already; but as we get closer to the end of the year I wanted to give you a super-sized edition and highlight a few of my favorite first watches from the year. I hope you’ll share some of your own favorites in the comments!

A New Leaf (1971, written/directed/co-starring Elaine May)

Out of everything I watched this year, new or old, this movie is my favorite. About 30 minutes in, I announced out loud to my cats and boyfriend, “This movie is officially in my top 50 films of all time.” And by the end, I was ready to put it in my top 10 of all time. I watched it while I was recovering from an abdominal surgery, which made it a bit painful because it hurt to laugh but I was laughing 99% of the time. Not just chuckles but full belly laughs that come from deep within the recesses of the body.

Here’s what you need to know about A New Leaf: Walter Matthau plays a cranky (isn’t he always) aging bachelor, who loves his money, his sports car, and his gentleman’s gentleman. Unfortunately for him, his money (which he inherited—god forbid he should work for it) has run out as the movie begins. He has a couple of options, as he sees it: convince his rich uncle to loan him more money, commit suicide, or find a rich woman to marry who can then subsidize his comfortable lifestyle. He doesn’t like any of these options, but his manservant Harold (George Rose) convinces him that marrying rich would be the least of all evils. 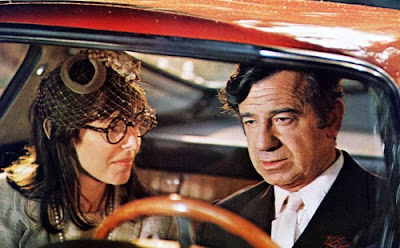 That’s where Elaine May comes in. She’s an awkward, adorable botanist, obsessed with finding a new species of ferns. She can’t go two seconds without spilling something or getting tangled up in her own clothing, but she does have loads of money. And she’s so unaccustomed to the attention of gentleman suitors that naturally she’s charmed by Matthau, who can be quite chivalrous when he wants to be.

The writing in this movie couldn’t be sharper—so many hilarious exchanges between characters, not to mention the screwball scenarios that May invents to heighten the comedy even further. I probably don’t have to tell you that Walter Matthau excels at being a gruff old goat who secretly has a soft spot, and, as a result, many of the scenes that begin with physical humor often end on a note of tenderness.

I can’t believe this was May’s debut feature. She absolutely nailed it, and I feel like I’m going to be watching this movie at least three or four times a year and showing it to everyone who will sit down for 102 minutes with me. It’s rentable on all the usual spots, and I can’t urge you strongly enough to go watch it this instant.

The Lure (2015, directed by Agnieszka Smoczysnka) 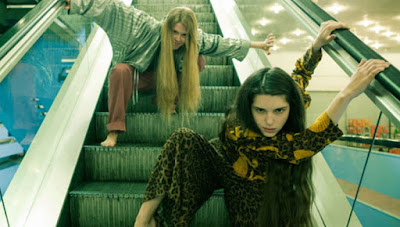 Good modern movie musicals are hard to find (I haven’t seen the new Cats, but reviews haven’t been kind). That’s why everyone needs to watch this Polish musical about mermaid sisters who join an '80s band and are looking for ways to satiate their mysterious urges. The choreography! The costumes! The TAILS! I don’t speak Polish, but I want to learn the words to all of these songs.

It’s a little bit sexy and a little bit bloody and all kinds of off kilter. We get to see the Polish nightclub scene, which I knew nothing about going in; there’s forbidden love; there’s murder; but mostly there’s life—in all its exuberance and heartbreak. The mermaid sisters are in their late teens, so they are all about flirtation, experimentation, excess, rebellion, and romance. What are the conditions under which a teenage mermaid girl and a teenage human boy can sustain a relationship of a romantic or sexual nature? Is it worth it? Who makes the bigger sacrifice?

This movie dares to ask big questions, make big moves, and leave you with lots of incredible tunes stuck in your head to accompany the occasionally haunting images it provides. See it on the Criterion Channel or rent it on Amazon Prime.

Just Another Girl on the I.R.T. (1992, directed, written, and produced by Leslie Harris) 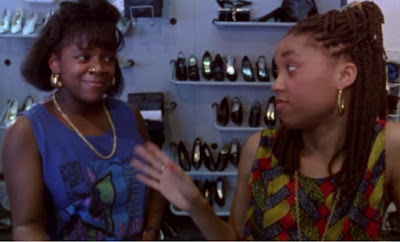 I would give anything to see Leslie Harris direct another feature film. This one shows so much promise, such a self-assured, original voice and lens on the world. The story follows Chantel (Ariyan Johnson), a Brooklyn high school student whose heart is set on medical school. She hangs out with her friends, works at a local bodega, talks boldly about social issues in class (to the dismay of her teachers), and has no problem ditching guys that seem to be into her for the wrong reasons. One night, Chantel goes to a party and meets a guy who talks a good game but also drives a sweet ride. He’s cute, and after giving him the requisite cold shoulder, she agrees to leave with him. He shows her a good time—they go to a nice sit down restaurant, his mom’s house is a lot more impressive than the apartment where Chantel lives, and they just hit it off. Pretty soon the two are inseparable.

Of course, there wouldn’t be much of a movie without a conflict of some kind thrown in. (Not really a spoiler since this happens fairly early, but skip ahead if you want to avoid any plot knowledge.) Chantel misses a period, gets sick, and starts to gain weight. She doesn’t want to believe this is happening to her, and goes through various stages of dealing with the situation that make this movie both unique and believable coming from a teenager’s perspective. The movie doesn’t go where I expected, and I respect it even more for the choices it makes.

The performance from Ariyan Johnson is unbelievable—she’s funny, grounded, smart, and yet naïve in that smart kid way. She thinks she knows everything and she really does know a lot, but there are some moments only experience can prepare you for. Johnson’s main career is dancing, and her physical embodiment of the character feels balletic at times. I also love the way Leslie Harris shoots this movie—it’s all on location in New York, a city we’ve seen on film thousands of times. But she manages to capture a different energy and youthfulness. There’s one shot in particular that has stuck with me, of Chantal and her friends walking home from school. They get to a certain point and just break into a run, all laughs, and the camera stays where it is as their silhouettes race into the distance.

This movie is available on the Criterion Channel as well as for rent on Amazon. It’s currently out of print on DVD, but I’m hoping that maybe a Criterion release is in store sometime in the near future. This movie certainly deserves much more attention than it has received. 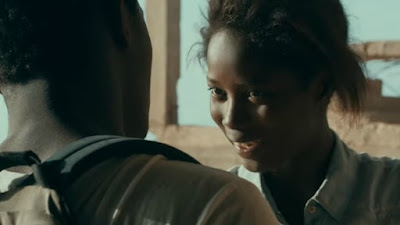 I hadn’t even heard of this movie when someone on Twitter recommended it a few weeks ago. I popped open my Netflix app, watched it, and it instantly became one of my favorite movies of 2019. The music, the cinematography, the visual effects… it’s all so gorgeous and perfect. I want to swoon even just thinking about it now!

Filmed in Senegal, the story begins with a romantic meeting between Dakur and Souleiman. The two of them meet in secret, because Dakur is engaged to someone else that her parents have approved. Souleiman works on a local construction site where a fancy hotel is being built, but the foreman hasn’t paid him or his buddies in several months.

The next day, Dakur learns that Souleiman and his friends have left by boat to try and find work that will actually pay them somewhere else. She’s heartbroken, but her friends and family try to get her excited for her upcoming wedding to a rich dude. The wedding, however, does not go quite as planned—a fire breaks out, and the cops think Dakur might have something to do with it. To complicate matters, someone says they saw Souleiman in the crowd the night of the fire…

What comes next is utterly unexpected, lovely, and melancholy. I’m pretty sure my heart left my body several times while watching this movie. I had to rewind a few scenes to watch them again and soak up their beauty, like when Dakur goes to a nightclub and sits in a corner where the lights from the disco ball dance across her body. Or when another character looks out at the sea, filled with longing. This movie has so much imagination and feeling. Ahhh I want to watch it again right now! And I totally can, because it’s on Netflix!

I have a lot more movies to recommend but I’ll save them for future columns. In the meantime, I hope you’ll give these a watch and let me know what you think of them!
Posted by Patrick Bromley at 5:00 AM

Email ThisBlogThis!Share to TwitterShare to FacebookShare to Pinterest
Labels: a new leaf, atlantics, elaine may, just another girl on the i.r.t., ladies behind the lens, the lure, women filmmakers