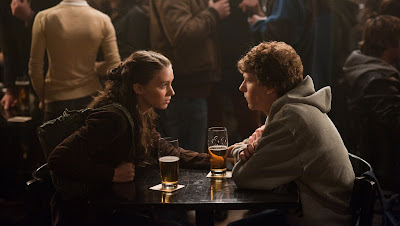 What film from each year of this decade would we leave behind for future generations?

Adam: This week, Rob and I are going year by year for the first half of this decade and each selecting one movie we think is worthy of being left to discover by future generations. The criteria is subjective, of course. It could be a movie we think has cultural significance, one to which we have a great personal attachment, or maybe even something unsung and underseen. I’m excited to see if we have any matches.

Adam: I didn’t see any slam-dunk choices for 2010, so I’m picking the movie, that nine years, later I want to watch the most right now from that year: The Town. This is the type of movie that at first I thought was good, then years go by and I grow more and more fond of it. Part of the reason is this type of non-homework studio movie for adults became an endangered species as the decade went on. Plus, it’s possibly the most TNT movie to come out this decade and that feels like the right criteria for this exercise. I’m putting this whole decade in my rear view, but not before putting The Town in my feckin’ time capsule, kid.

Rob: I’m going to go the more “obvious” route and pick David Fincher’s The Social Network, if only because I truly believe it to be the most important (not the best, but the most important) film of the 21st century, so far. If we’re looking for time capsules, movies that define a place in space and society, this is it. I used to show it in film class every year — officially as an example of layered, non-linear storytelling, but unofficially as a kind of Rosetta Stone for modern culture. I wanted the younger generation to understand that the world they were born into was created by someone with an ulterior motive. Aaron Sorkin’s screenplay isn’t 100% true-to-life, of course (no screenplay is), but if we’re sitting around in 2050 wondering, “How did we get here?,” I think it’s fair to say that The Social Network will hold more than a few answers. 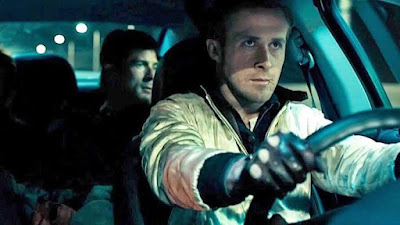 Adam: For 2011, I had car movies on the brain and I decided to pick Drive just barely over Fast Five. Drive was emblematic of a number of trends and pop culture elements from the decade, ranging from the popularity of a retro-’80s aesthetic and the emergence of Ryan Gosling as one of the most interesting actors of the decade. I want the movies I pick for the time capsule to leave you feeling swept away to some degree, and Drive is capital CINEMA.

Rob: I came very close to going with Joe Cornish’s Attack the Block for 2011, but I think I’m choosing Brad Bird’s Mission: Impossible - Ghost Protocol, instead. It’s hard to believe this film is nine years old! In the time since its release, we’ve codified a new standard for big-budget action/adventure films: IP-driven, serialized CGI fests that go down smooth and comfy. That’s not a bad thing, but Ghost Protes revitalized the Mission: Impossible franchise by doing it just a little bit differently: Going Big and Doing It For Real. Whereas your Star Warses and your Captain Americas are character-based, Mission: Impossible is more experience-based. We know that Tom Cruise is going to play Action Man and that he’s going to do Action Things. I doubt any of us can name three essential character traits of Ethan Hunt, but I know for damn sure we all love watching him throw himself out of airplanes.

Adam: I’m picking Cloud Atlas for 2012, which reminds me how special and different movies can be when you have filmmakers that love the story they’re telling and the resources at their disposal to tell it. Plus, I just adore the message of Cloud Atlas (in part, that it’s our duty to become better people incrementally from generation to generation) and I want to put that reminder out into the world using this movie as an example.

Rob: This is a tough one. Do I go with my heart (Moonrise Kingdom), my head (The Cabin in the Woods), or my soul (Pitch Perfect)? I’m going with Cabin, I think, if only because of the way it heralded another Rise of the Nerds. Genre fans have a tendency to think of ourselves as misfits and outsiders, but it’s hard to deny that cinema’s embrace of nerd culture is cyclical: The Thirties had their Flash Gordon and Superman serials. The Seventies had Star Wars and Alien. The New Tens had the Marvel Cinematic Universe and, well, Star Wars again. The mainstream always comes back around, and I think Cabin is a watershed moment for genre. I also find Cabin interesting because it’s deconstructing genre models that have largely passed us by. The blonde with the knife being stalked by the walking phallic symbol? It’s a relic of the Reagan Era (era). What will the Cabin in the Woods of 2050 look like? 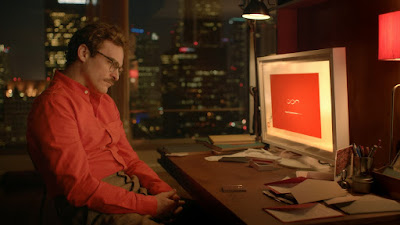 Adam: I was deciding between my favorite movie of 2013 (The Wolf of Wall Street) and one that I feel has cultural significance; the latter consideration won out, so I’m picking Her. Technology has advanced so dramatically this decade that I think we’re still trying to wrap our heads around it all, specifically where it comes to sociological changes. A prevalent theme this decade is how technology is going to affect interpersonal relationships such as dating, and Her is a terrific exploration of that. From my choices so far, this is the one pick I’m most curious how future generations will interpret. Will it feel quaint to them?

Rob: Aside from the two you mentioned, I’m honestly having a hard time choosing a movie from 2013 that feels right. Inside Llewyn Davis? The World’s End? Why does 2013 feel like an in-between year? I mean, there are certainly some all-timers mixed in the bunch, but nothing particularly personal is jumping out at me. I even wrote an entire paragraph on why I thought Man of Steel is important to cinematic history (the first major superhero era [era] misstep, a tone-deaf endeavor born of bad faith), but I deleted it because this isn’t the place for snark. Screw it, I’m going with The Purge. It works way better in concept than it does in execution, but as with The Social Network, we may one day have to explain to our post-apocalyptic grandchildren how the world became an ugly, fascist trash fire. This’ll help.

Adam: I mean, Draft Day. It’s one of the four best movies of the past six years. 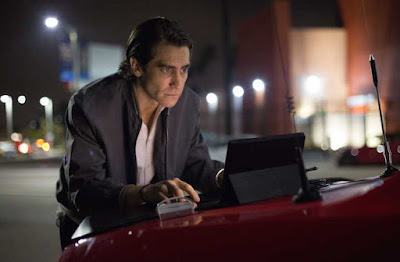 Rob: This one’s easy: Nightcrawler, my favorite film of 2014. Again, how did we get here? Why is our news this way? Why does our culture value what it does over what it should? For me, this is one of the most frightening films of the decade. We simply do not talk enough about it.
Posted by Patrick Bromley at 5:00 AM