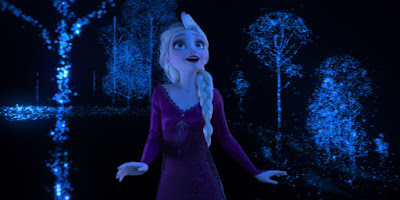 The review duo who only listen to music to judge its awards potential.

Adam: This week we’re discussing and ranking the nominees for Best Original Song at this year’s Academy Awards. We’ll begin with the song “I’m Standing With You” by Diane Warren from the movie Breakthrough. I totally get why this was nominated even though it’s not my type of music. Chrissy Metz (who performs the single) has a nice voice and the chorus is catchy enough, but this still feels like homework. It’s like having a pill in your mouth too long and it leaves a bitter taste, but you know that relief is on the way. Letter Grade: B-

Rob: This is the first I’m hearing of this song (or of the movie Breakthrough, for that matter), but I’m essentially in the same boat. Fairly conventional adult contemporary-type fare with a nice hook elevated by Chrissy Metz’s strong vocals. Plays things pretty safe. Looks like it’s a Christian film? That tracks. However, all due respect to the writers and musicians (and apologies for the pun), but it’s pretty uninspiring. Letter Grade: C

Adam: Our next song is “Into the Unknown” by Kristen Anderson-Lopez and Robert Lopez from Frozen II. This song rules. It kicks “Let It Go’s” ass, imho. That chanting is catchy. Idina Menzel slays this motherf***er. That chorus, yo. It’s butter. #SheKnowsWhatShesDoing. No wonder kids are obsessed with this song. It’s like their “Big Empty.” At the 2:37 mark, I might as well be flying. Letter Grade: A

Rob: So, here’s a thing: I still haven’t seen either Frozen film. I know “Let It Go” pretty much backwards, but I still don’t really have any context for how it fits into anything. They’re princess sisters, right? They build a snowman? Anyway, I like “Into the Unknown”! It doesn’t quite top “Let It Go” (if only because it isn’t as layered or melodramatic), but Menzel does her usual stellar job with the material. Again, I don’t really have a feel for how either song plays into the Frozen storyline, so assuming I’m just hearing it on the radio, I’d crank up either one. I can imagine you belting it out in your car. That’s enough for me. Letter Grade: B+

Adam: The third nominee is “Stand Up” by Cynthia Erivo and Joshuah Brian Campbell from the movie Harriet. The first time I listened to this one. I was distant because it feels like a song you must love or you’re a bad person. On second listen, though, it has some stirring melodies and Cynthia Erivo’s a good singer. I’m coming around on this one. Letter Grade: B+

Rob: Any song is going to wear out its welcome at 5+ minutes. This one is okay, but it doesn’t escalate the way it might have (Again, I love me some melodramatic ballads). It feels a little calculated. Again, a little safe. I don’t know. A little focus-grouped? Like you alluded to, the subject matter of Harriet obviously gives the song a bit more gravity, but does it really deserve it? Nothing except that big hook really pops. I’m not connecting with any of these songs! This is hard. Letter Grade: C+

Adam: Next up is “I’m Gonna Love Me Again” by Elton John and Bernie Taupin from Rocketman. It’s fine. I enjoy most of the other (non-original) songs from Rocketman a lot more. I like when Elton John duets with Taron Egerton on the track. They have a lot of spirit. Like I said, it’s fine. The whole thing rings of a “5-hour Energy anthem” where you’re all “I’m gonna love me again” on a Monday morning and after lunch you’re back to square one of having the sads because you ate McDonald’s again and the doctor said no more fast food. Letter Grade: B

Rob: I rewatched Rocketman the other day, and boy, I hope we don’t let that one get lost in the Classic Rock Movie Shuffle of the last few years. It’s so much fun! Like you said, though, this one is kind of on rails. It reminds me of any late-period artist who is copying the style of their earlier work without really having the soul that makes it all pop. It just feels like something thematically reassuring to play behind the credits after the movie is over. Safe and benign. It’s no one’s fault, and Taron Egerton deserves every bit of praise he can possibly get for Rocketman, but, yeah. It’s fine. Letter Grade: C+

Adam: The last nominee is “I Can’t Let You Throw Yourself Away” by Randy Newman from Toy Story 4. The message of the song is heartfelt. Randy Newman is not one of my favorite singers. Letter Grade: C

Rob: Meh. He wrote this in the car on the way to the studio. Letter Grade: C-

Adam: My winner is “Into the Unknown” by far. If it loses on Oscar Night, I won’t be surprised because the best way to bet on that show is to always pick the thing you want to win the least. Who’s your winner, Rob?

Rob: Gonna have to go with “Into the Unknown,” as well! I wish I felt nearly as strong about any of these as I have about previous years’ entries, but I guess it just be like that, sometimes. We’ll be back next week for this year’s “Unseen Films by Oscar Contenders” column. I can’t tell you who that contender is, but I can say she’s a JURASSIC talent! She’s a real RAMBLING ROSE! She’s a bit WILD AT...Ah, you get it!