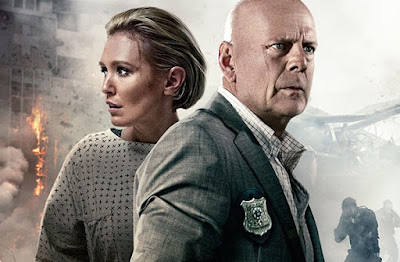 In which we go back to The Box.

Awards season is over! The votes have been counted, the lists have been made, and that can mean only one thing: It’s time to get back to The Box. First up for 2020 is Trauma Center, a cat-and-mouse police thriller starring Nicky Wheelan (Hall Pass, The Wedding Ringer) as a young woman caught in the crossfire as Bruce Willis (Air Strike, First Kill) searches for his partner’s killers. Set in San Juan, Puerto Rico (a place where, according to Willis’ Steve Wakes, everyone comes to “run from ghosts”), Trauma Center starts cooking when Wheelan’s Madison wakes up in a hospital bed with a bullet wound in her leg and Detective Wakes hovering over her, looking for answers. It turns out that Madison had recently paid the price for running into two corrupt cops (Texas Battle and Tito Ortiz) doing corrupt cop things. Wakes sets off to find the perpetrators, not knowing that they’re on their way to the hospital to finish the job. Now, Madison must retrieve her sister (Catherine Davis) and escape before her time runs out. 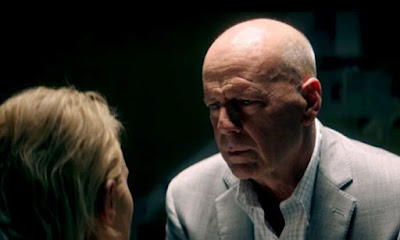 There’s a lot to dunk on in Trauma Center, make no mistake: It’s laughably bland, frustratingly predictable, and more than a little sleepy. But taking the piss out of a bad movie is not why we Redbox. We Redbox to find those little chunks of hope, those little engines that could. It’s in that spirit that I have decided to admire Trauma Center for one reason, and for one reason only: It proves that anyone can write a movie. Screenwriter Paul Da Silva’s freshman feature effort is an avalanche of clichéd cop dramatics, something one of those A.I. robots would write after watching twenty-four hours of Law and Order or NCIS. Police procedures are estimated, words like “perp” and “junkie” are thrown around with reckless abandon, and the action crescendos with Willis’ character shouting out loud — I shit you not — “The whole damned department must be in on it!” Stop reading this for a second and go look in the mirror. You could write this movie. I promise you could. Hell, you could almost make all eighty-seven minutes of Trauma Center out of clips from other movies! But, again, isn’t that kind of beautiful?

I think it is. I also think that Bruce Willis was paid by the minute on this one, because his line deliveries are carefully enunciated and drawn out so far that they almost come to a complete stop. It’s not quite accurate to say he’s sleepwalking (though the irony of him playing a character named “Wakes” is not lost on me), but it might be fair to say he’s delivering lines with the kind of deliberate precision that suggests he’s Telling You For The Last Time. Wakes has no backstory, so it all reads as a completely inexplicable choice on Willis’ part. Maybe he’s hangry? It’s hard to tell. He does light up briefly in one of two scenes he shares with Wheelan, though: Consoling her as she lays in her hospital bed, Wakes programs his number into her cell phone and reminds her to call him — not 911 — if anything goes wrong. It’s a slick enough move that I almost wonder if Willis thought it was Wheelan’s actual cell phone. It almost gets Madison killed, of course, because the two Bad Cops are hot on her tail as Wakes is out on street corners shouting “Bag it and tag it!” at random extras, but she does a nifty trick with a defibrillator and ends up shooting a guy just fine on her own. 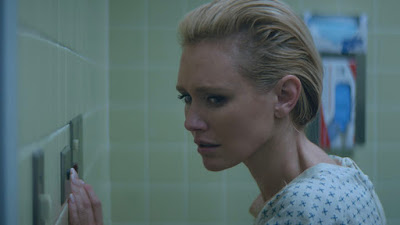 One upside to note, aside from the whole “you could write this movie” thing: Director Matt Eskandari escapes his fourth feature largely unscathed, and his keen compositional eye is likely to earn him plenty of work in the future. Particularly impressive is his ability to squeeze some visual drama out of a completely lifeless scene in which Madison refuses to open a locked door for the cops who are hunting her. It’s an aggressively bad exchange that goes on a solid three minutes too long, but it’s clear that Eskandari is doing his best to make it compelling. He’s a good director, and that counts! Little engines that could, remember? Because it’s 2020, and there is absolutely nothing more to be gained by making fun of movies like Trauma Center, even if they do taste like stale McDonald’s. Sure, it doesn’t feel quite like the real thing, and too much of it will most definitely make you feel sick, but it’s still McDonald’s! You want to see a movie where Bruce Willis shoots a guy, don’t you? I mean, it’s just the one guy and he doesn’t do anything else, but still! It counts! It’s stale, cinematic McDonald’s!
Posted by Patrick Bromley at 5:00 AM