We Go On: DOCTOR SLEEP's Hope in the Darkness 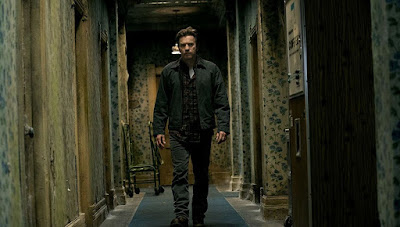 How the Shining sequel helped ease my existential burden.

“That cat always seems to know when it’s time,” says a hospice patient in Mike Flanagan’s Doctor Sleep. Curled up at the foot of the bed, fuzzy little Azrael seems to be living up to his reputation. His name comes from the biblical angel of death, after all, the one tasked with shepherding our souls to heaven after we shuffle off this mortal coil. It would stand to reason that this Azrael is a similar kind of spiritual emissary, a shady interloper creeping from door to door on a righteous mission from god. Or maybe he’s just a cat. Maybe he’s just an animal with an evolutionary predisposition toward comforting those who seem to need it the most. What difference does it make? Is one option more reassuring than the other? Would it be any consolation to know that the end of our journey isn’t an end, but another beginning? I think it would. “We don’t end,” orderly Dan Torrence tells another frightened patient. “I don’t know much else, but I know that we don’t end.” 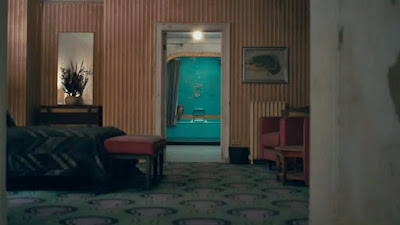 If anyone knows, it’s Dan. Dan has the shining. He and those like him are hyper empaths who can communicate telepathically and bend the will of others with little more than a gesture. Dan can see straight through us and into the world beyond, but ever since his childhood trauma at the Overlook Hotel, he’s been haunted by the souls of the angry and the restless. Unable to commiserate with any like-minded friends (aside from the ghost of Dick Hollorann, the man who first explained his power), Dan turned to drinking in his adulthood to keep the shining buried. Knowledge like Dan’s is isolating; no one else can see what he sees, and no one would believe their eyes if they did, so how could he be expected to live a normal life? Imagine knowing that someone you love was close to death, as Dan knew about his mother. Imagine trying to comfort someone as their face was covered over with flies that only you could see.

Still, it would be reassuring to know that there is something beyond our reach, that we don’t drop into a void of oblivion after this life is over. “I am so scared that it’s going to hurt or be dark or be nothing at all,” says our friend from the hospice. I can sympathize. Speaking only for myself and my lapsed Catholicism, I find it metaphysically terrifying to know that all of this — every book I’ve read, every word I’ve spoken, every experience I’ve had — is a small and futile play in an essentially unwinnable game. It’s frightening to think that none of it counts toward anything; I can’t earn extra years by paying my taxes on time, holding the door for old ladies, or not punching people when they need punching. I waste hours of my life worrying about how little time we actually have, how insignificant each individual quirk or action is in the grand scheme of the universe. Torturous as Dan’s shining may be, at least it confirms that we don’t end. “It all comes round,” says the ghost of Dick Hollarann. “Ka is a wheel, Doc.” 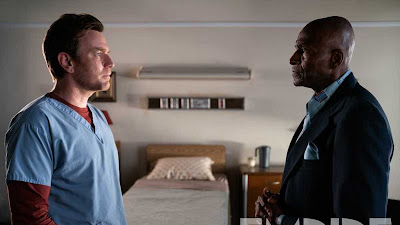 I like that. I hope it really is. I hope our world is just one of many and that those who have left it see us in their dreams the way Dick Hollarann does. And, look: Neither The Shining nor Doctor Sleep is really about the afterlife. I know that. They’re about the punishing stranglehold of addiction and the lengths this hellscape of an existence will go to in order to take advantage of our vulnerabilities (“The world is a hungry place,” Dan says). In the end, the shining is just a metaphor for the strength it takes to struggle with those vulnerabilities and carry on fighting, anyway. The ghosts Dan sees are echoes of past mistakes. Rose the Hat and her True Knot cult are just a manifestation of hate and greed; the “steam” they live on — the product of torturing those who shine — is closer to sheer willpower than anything spiritual. It’s the power to go on. The wearier we grow with age and experience, after all, the less pure our steam becomes. “Pain purifies steam,” she tells one of her victims. “Fear, too.” Sounds familiar. 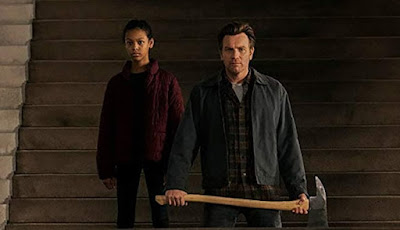 But maybe chemical imbalances and existential crises aren’t all that different. Maybe our everyday struggles inform our connection with the unknown more than we’ve been led to believe. Maybe the addicted and the abused and the misbegotten are cursed with the shining because it’s the cosmic reward system I’m terrified doesn’t exist in real life. Take Snakebite Andi, whose mind control powers may have developed as a result of her horrific mistreatment. Same with Dan, the kid who survived his father’s anger and successfully negotiated the genetic minefield he left behind. Even young Abra has to deal with being a teenager, which is the greatest curse of them all. She comes away from Doctor Sleep with the courage to shine on. “We go on after,” she finally tells her mourning mother. She and the others are stronger for their alleged weaknesses, and even though they don’t all choose the right path, each of them sees through a doorway that hasn’t presented itself to the rest of us just yet. Maybe that’s enough for us to keep listening. It’s worth a shot.