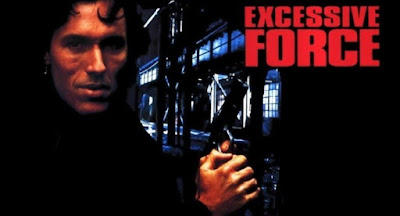 An action movie gem that was brand new to me.

This installment of Heavy Action was suggested by Greg Andersson @andersson_greg. Thanks, Greg!

Excessive Force feels like a movie written and directed by early '90s HBO. I say this not as a pejorative, but as a compliment. It is precisely the kinds of deep cut action films that HBO used to show during the early 1990s that turned many of us from casual action movie fans to die hard fans of #HeavyAction. Late night HBO staples like Extreme Justice, No Contest, and, yes, Excessive Force are what #HeavyAction is made of. And though this one did receive a very limited theatrical release in the summer of 1993 (where it grossed a paltry million dollars on a budget of $13M), it might as well be a classic of the DTV genre. It has all the makings. Again, I mean this in the best way possible.

I mostly know star Thomas Ian Griffith as a bad guy, having given memorable villain turns in The Karate Kid Part III and John Carpenter's Vampires. Here he plays the hero in a film he also wrote, which we'll get back to in a second. He's Irish cop Terry McCain, the kind of trenchcoat-clad, earring-wearing tough cop who plays by his own rules and gets the job done no matter what. He's determined to bring down Chicago's Italian mob, run by Sal DiMarco (Burt Young) and his son Vinnie (a young W. Earl Brown). A bust goes bad and Terry misses the chance to put DiMarco behind bars thanks to his use of excessive force; even worse, $3 million of the mob's money has gone missing, putting target signs on everyone's backs, including Terry's partner (Tony Todd) and captain (Lance Henriksen). Now Terry's got to solve the case of the missing money, protect his model girlfriend (Charlotte Lewis), and bring down the mob, and he'll do it...using Excessive Force. 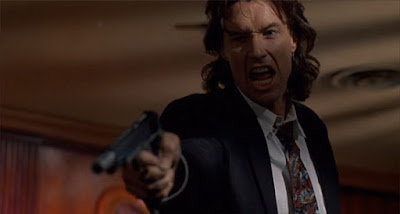 Excessive Force is exactly my kind of loud, violent trash. The entire (amazing) cast is extra caffeinated and on edge, none more than Thomas Ian Griffith in the lead. He's the kind of cop who's not just ready for a fight, he's straight up looking for one. He's all swagger and attitude, but the movie never deifies his coolness the way, say, a Steven Seagal movie might. Sure, he's written as a Cool Guy Action Movie Cop, but that can be attributed to the fact that the star wrote the movie (and also produced). Speaking of which:

Besides all the ways it provides Griffith a showcase to do all the stuff he's wanted to do in a movie, the script for Excessive Force is reasonably clever in that it introduces an element of mystery into what would otherwise be a standard cop-versus-gangsters structure. There is a question of who stole the $3 million to provide some intrigue just long enough for the film to start introducing a number of twists, none of which are terribly surprising but all of which are appreciated in that they demonstrate the ways in which Griffith's screenplay is more considered and ambitious than it needed to be. 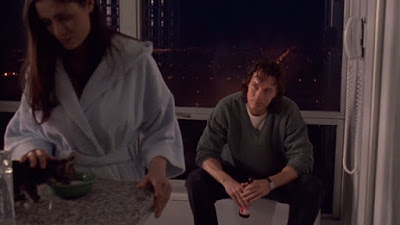 I'm unfamiliar with most of director John Hess's filmography, the most famous of which includes the Dean Koontz adaptation Watchers (which I've seen, but it's been many years) and Alligator II: The Mutation. His work on Excessive Force could be described as workmanlike, but I think he goes beyond that -- he gets the material and plays everything 50% bigger than it might otherwise be because that's how the script is written. The movie lives up to its title in that it's excessive in every way, but it's exactly that excess that gives it its appeal for me. The dialogue is colorful and profane. People don't just fight -- they get the shit kicked out of them. People aren't just shot -- they're blown away in a bloody mess of squibs. Hess stages the action well and Griffith certainly has the goods in the lead. He's tall for an action star, more Dolph Lundgren than JCVD, giving his punches and kicks extra reach and making his agility all the more impressive. I don't know if Excessive Force unequivocally proves that he could have had a big career as an action star, but it certainly makes me willing to see him in more stuff. Sadly, that didn't really happen. 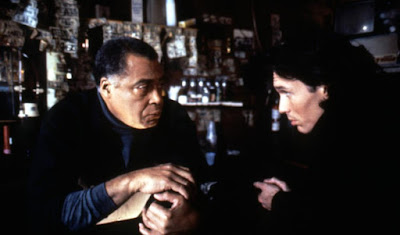 I loved Excessive Force, and I'm eternally grateful to Greg Andersson for suggestion I cover it in #HeavyAction. Despite having an HBO subscription in the early '90s, this isn't a movie that was on my radar. Its title sounds generic, its leading man something of an action movie C-lister. I'm happy to have discovered it, as, having already watched it twice in two weeks, I can see it now becoming a new favorite. While certain filmmakers have found ways to improve the genre in a number of ways, they simply don't make action movies like this anymore A sequel was produced two years later, Excessive Force II: Force on Force, which is famous for using the word "force" as three of its six words. It's unrelated to the first film in every way, but that's not going to stop me from tracking it down. Such is the mysterious drawing power of #HeavyAction.