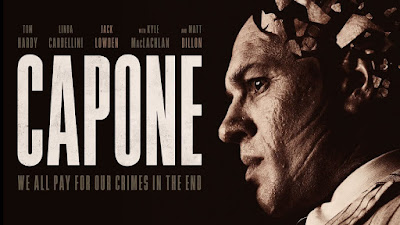 In which Tom Hardy shits the bed. No, in a good way.

The image of Al Capone looms large over cinematic history, most notably Robert De Niro’s turn as the notorious gangster in Brian De Palma’s 1987 classic, The Untouchables. Capone is at the height of his power in that film, a Chicago folk hero brandishing institutional corruption like a weapon and giddy at the very idea that Kevin Costner’s G-Man Elliot Ness could ever bring him down (Spoilers: He eventually does). For many, Capone personifies the inherent contradiction of the American Dream: We are expected to pursue our happiness through grit and ingenuity, but only within the confines of established laws and customs, many of which are designed by those who would prefer that their own power remain unimpeached. As a result, the few scrappy mavericks who had the guts to damn the man and Get Theirs — the Capones, Hoffas, and Dillingers of the world — often left legacies as celebrated as they are reviled. 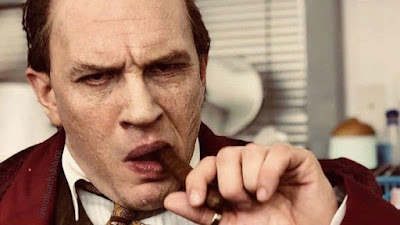 Josh Trank’s Capone is all about that legacy. Tom Hardy stars as “Fonso” (also the film’s original and more appropriate title), whose ten-year prison sentence ended in medical clemency due to his encroaching neurosyphilis. Now in his late forties, feeble, and barely cognizant of his surroundings, Fonso spends his remaining year stumbling around his South Florida mansion while his long-suffering family, medical staff, and business associates (including Linda Cardellini, Kyle MacLachlan, Gino Cafarelli, Noel Fisher, and Al Sapienza) help him navigate his ever-darkening world. While Fonzo has lucid moments in which he’s as charming and dynamic as ever, he’s more often stuck in hallucinations about days long gone and staring through blood-shot eyes at people whose faces he can’t seem to recognize. There are only two remaining threads on which to pull before his mind rots away for good: A missing stash of $10 million and a chance to reconnect with his illegitimate son, Tony (Mason Guccione).

You’ll know if you’re onboard with Capone within the first ten minutes or so, and those who find those opening beats off-putting or incoherent will be better served moving on to something else. Josh Trank (who writes, edits, and directs the film) is not making The Untouchables. He’s not making The Irishman, Public Enemies, or even Carlito’s Way. This is not a romantic parable about honor among thieves, nor is it a shoot-em-up gangster yarn about a neighborhood tough who goes down swinging. This is a tone piece, a character study about the pain of memory and the existential frustration of no longer trusting your own eyes. Fonso’s decomposition leaves him unable to be the chessmaster of his youth; with nothing written down (He kept all the crucial details of his operation in his head), his family cannot hope to build a financial lifeboat after his passing. Without recognizing faces, he can no longer remember which friends to keep close or which enemies to keep closer. 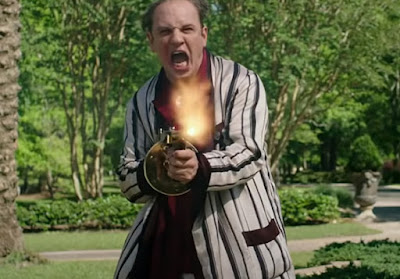 Tom Hardy has long-since established himself as an actor willing to commit to controversial dramatic choices, and there are plenty to be made in Capone. This is not the boisterous gangster of previous incarnations. Hardy’s turn is sleepier, growlier, and his voice struggles to echo even a decibel of its former power. It’s often a funny performance, honestly, and while Trank isn’t always playing for laughs, part of understanding Fonso’s humanity lies in appreciating how showmanship breeds respect. Trank even plays Fonso’s senility against us, at times: Is there really a G-Man hiding in those trees, or is he just seeing things? Did he drink that whole bottle himself, or did he have help? How long has he been sitting on that deck? Hardy’s face holds a quiet frame like few others’ can, and his performance beautifully conveys the helplessness of a boss no longer fit to rule: Watching The Wizard of Oz, Fonso sings along with the Cowardly Lion’s “If I Were King of the Forest”: “I’d command each thing, be it fish or fowl, with a ruff and a ruff and a royal growl!” Those were the days. 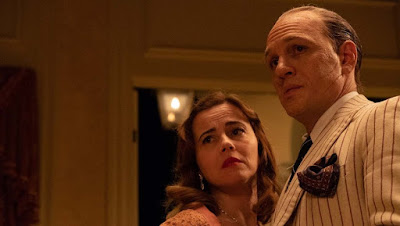 While Capone is light on plot and offers little characterization for most of its supporting cast, there’s so much texture to the in-between moments that it won’t always matter. There are unanswered questions and gaps in logic that might sabotage your appreciation of some of the more surreal interludes. There are tonal shifts that will feel sloppy. That’s part of the fun of Capone. It’s not elegant or entirely cohesive. It revels in its weirdness and gets away with gaudy and violent shit under the guise of a prestigious historical biopic. But this isn’t that. Like Fonso dismissing the pulpy Saint Valentine’s Day Massacre radioplay with a scowl, Capone is less interested in mythmaking than it is with reflecting on a life misspent. That $10 million treasure? The Capone family never finds it. That long-lost son whom Fonso left behind? He’ll never feel the warmth of a repentant father. He’ll only get the leftovers, the belligerent vegetable with the rotting soul. A mixed legacy, to say the least.
Posted by Patrick Bromley at 5:00 AM