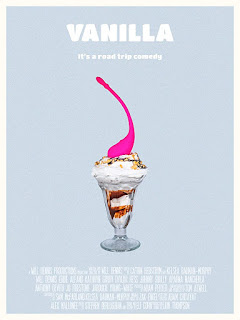 Don’t worry, folks. I streamed Redbox from home. Yes, you can do that!

Let’s start this week with a reminder: Conformity is not always a vice. Genre tropes are not always the enemy. As fun as it may be to color outside the lines every now and again, it’s important to remember that structure and formula exist because they can be reasonably expected to deliver results. They’re reassuring, comforting, and the real masters are the ones who know how to make them feel fresh without straying too far into the derivative. Will Dennis knew that when he wrote, directed, and starred in his 2019 feature debut, Vanilla. It’s a romantic comedy in which straight-laced Elliot (Dennis) and carefree Kimmie (Kelsea Bauman-Murphy) go on a cross-country road trip for Reasons That Will Matter Later. Vanilla is well, vanilla. It’s cute and mostly inoffensive. It does the things that romantic comedies usually do (with one major subversion) at a scale and pace befitting its modest budget and production value. Vanilla has all the trappings of cinematic comfort food. Why, then, does it taste so bland? 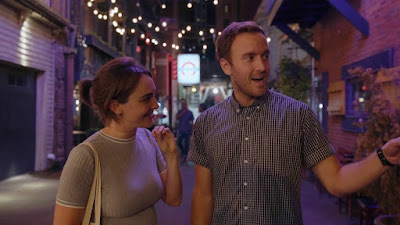 Bored in his lucrative career in computer coding (because White People), New Yorker Elliot has finally decided to invest it all in his big idea — an app that delivers ice cream on demand. It’s been slow going to start, but he’s just around the corner from that big breakthrough and definitely over his ex (Taylor Hess as Trisha), thank you very much. He plans to collect the next bit of capital by selling off a van he and said ex bought together, kick-starting his future and finally removing her from his life. Who’s buying it? Why, pizza shop hostess and aspiring stand-up comic Kimmie, that’s who! Just when the pair think their transaction is over, though, Kimmie discovers that her pizza shop needs money for an exterminator. Elliot won’t buy the van back, but — twist — it turns out that it’s just the thing Trisha’s New Orleans-based film production is looking for. While sparks fly as the new friends head for the Big Easy, both realize that they are harboring a secret that could end it all before it starts.

Any capable student of romantic comedies could set their watch to Vanilla’s story beats and character archetypes: Our lead is a stuffy, buttoned-up consumer who needs to Live a Little. His love interest is as Manic and Pixie as they come, an adventurous rabble-rouser hiding her vulnerability behind quirky dance moves and cynical aphorisms. She works for her ex-uncle Sal (Eddie Alfano), whose mild eccentricities are employed in the destruction of rats for most of the movie. Elliot needs someone to talk to on the phone, so we get Kathryn Grody as his mother and Johnny Sibilly as her young Latino lover, Fernando. Their interactions are hilarious, the movie insists, because old ladies and young men don’t usually have sexual affairs. Anyway, Elliot and Kimmie have playful banter and mark the various legs of their journey by breaking down personal barriers, establishing trust, and hastily boning on, like, Day 2. But again, these are not criticisms; every great cocktail has its necessary ingredients. 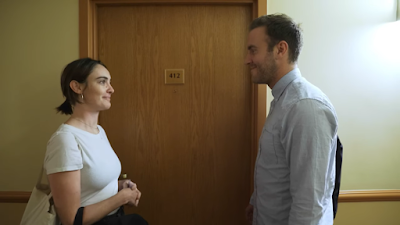 The problem is that Vanilla lacks a strong authorial hand, any narrative and stylistic flourishes that might build a coherent thematic throughline out of smaller character idiosyncrasies. For example, it’s revealed midway through the trip that Kimmie is a cam girl. Her sexual freedom contrasts with Elliot’s cultural conservatism, of course (see the movie’s provocative poster), but outside of one scene in which he extols the virtues of cis-male identity, his hangups aren’t convincingly presented as a major roadblock to anything. After just a few days, they aren’t serious enough about each other for any confidence to be broken or lines to be crossed. Kimmie, to her credit, is firm in her refusal to be shamed or limited by Elliot’s myopic bullshit. Who is this guy, anyway, and why would she want him for anything more than a way to pass the time to New Orleans? No, really? Why would she? There’s nothing wrong with a fling, but this is a movie! It needs stakes! We’re supposed to care about something! 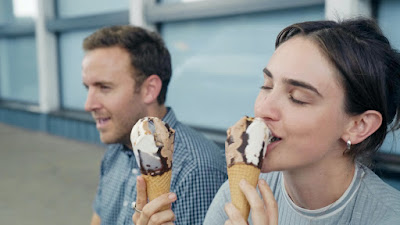 Ultimately, Vanilla feels more like a series of index cards on a cork board than it does a personal story told with passion or urgency. It’s the work of someone who made a movie because they feel entitled to make a movie. They thought carefully, consulted a few books on screenwriting, and methodically built a story that would check the appropriate demographic boxes to ensure distribution. That’s fine, I guess, and Will Dennis escapes Vanilla as a capable, workman-like director who should someday challenge himself with an inspired screenplay. The only true standout is Kelsea Bauman-Murphy, an accomplished comedy producer in her first major acting role. Here a kind of sardonic Olivia Wilde with Jenny Slate sprinkles, Bauman-Murphy should build on this first opportunity; she’s intuitive and naturalistic enough for something more substantial in the future. Vanilla is a little too insecure for her talent, a meandering anti-love story with an ending coda far too baffling to spoil here. Seriously. I won’t spoil it, but it’s weird.
Posted by Patrick Bromley at 5:00 AM