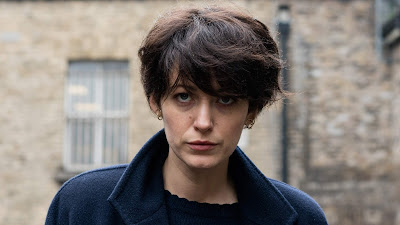 Quick check-in before we start: Are we still in the golden age of television? Was that an early Aughts thing, or is it still trucking along? I’m asking for The Rhythm Section, the latest in a recent trend of films that — while certainly cinematic in their execution — feel more like extended episodes of an Amazon Original Series than something produced for the big screen. Television budgets are increasing, of course, and it’s not rare to see individual entries of a prestige series carry a larger price tag than many feature films, but The Rhythm Section feels too small for one venue and too large for the other. It’s both sprawling and claustrophobic. Both operatic and slight. None of this is the fault of accomplished cinematographer-turned-director Reed Morano (whose resumé, to be fair, includes episodes of The Handmaid’s Tale and Halt and Catch Fire). It’s more systemic, I think, a shift in the way creatives are approaching projects of different scope and scale. In short, the line between television and cinema is continuing to blur, and not always for the better. 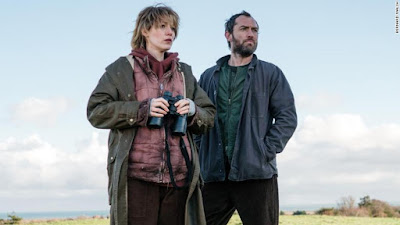 Blake Lively is Stephanie Patrick, a former Oxford University all-star whose dreams were cut short by her family’s untimely death. Nursing her trauma with drugs and working as a prostitute in London, the hopeless Stephanie is approached by Keith Proctor (Raza Jaffrey), a freelance journalist who believes the so-called “plane crash” that killed her family three years ago was actually an act of terror, one that the British government quickly covered up to avoid an International Incident. When a sloppy bit of would-be retaliation gets Proctor killed, Stephanie sets off to find his source — former MI6 Agent Iain Boyd (Jude Law). Boyd, whose record was tarnished by his own thirst for revenge, agrees to train Stephanie in the art of espionage. Posing as deceased agent Petra Reuter, Stephanie learns to kill or be killed — tangling with ex-CIA Agent Marc Serra (Sterling K. Brown) along the way — in her hunt for justice.

Blake Lively continues to make distinct and interesting post-Gossip Girl choices, and her character here is a far cry from A Simple Favor’s manipulative Emily or The Shallows’ resilient Nancy. Buried under bruises and track marks, Lively is almost unrecognizable as the shell-shocked Stephanie. She nails the physicality of trauma survival — flinching at noises, diminutive posturing, disregard for her own well-being — while never going big with tears or outbursts. Stephanie is callused, distant from the world, and her journey here is an attempt to feel something, anything, again. Lively lets Stephanie’s inner strength build in segments as an organic byproduct of her rebirth as a super spy. It’s a strong performance that needs more opportunities for shading and conflict; Stephanie is on one path throughout the film, a path largely laid for her from the outset. There are few major choices or tests and — short of one telegraphed third act reveal — few chances to really own her new expertise. 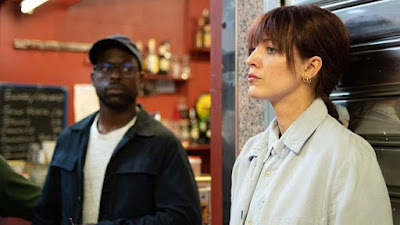 Though Lively’s performance captures the eye, it’s this shoddy construction that makes The Rhythm Section a slog to watch. To continue with the television comparison from earlier, it’s stretched too thin in some places and underdeveloped in others. This isn’t uncommon in a spy thriller, of course — convoluted plot mechanics and gatekeeper characters who disappear after one scene are part of the genre’s tradition — but a better film would have stronger conflicts and a more complicated lead character to drive our interest. Sloppier still are the film’s thematics: Boyd tells Stephanie that revenge is harder than she thinks and less satisfying than she hopes. He reminds her that all this training will likely be in vain and that hunting those responsible for killing her family will not be worth it. Stephanie is offered a chance at deeper redemption, and the audience is offered a spin on a familiar formula. Neither is brought to fruition: Stephanie hunts and kills people. With weapons. For revenge. Seems okay to her. 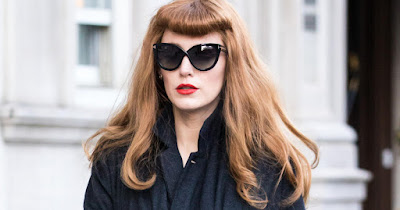 Still, The Rhythm Section deserves praise for keeping Stephanie grounded and resisting the urge to imbue her with ninjutsu strength and ballistic versatility after just a few months of training. “Focus on the abilities you have,” Boyd tells her. She’s not John Wick or the Atomic Blonde. There are no stylish executions or balletic gunfights. Becoming an accomplished intelligence agent takes years of mental and physical work for which Stephanie has neither the time nor interest. She barely survives most of her physical encounters, usually relying on crafty escapes or the intervention of others to resolve them. The Rhythm Section is strongest in these moments, and it would have been better served by building that human frailty into its hero’s external life as much as it does into her interior one, as in films like The Nightingale or Blue Ruin. Instead, it becomes another predictable revenge yarn: a gun, a few disguises, and a confident strut into the sunset.
Posted by Patrick Bromley at 2:00 PM