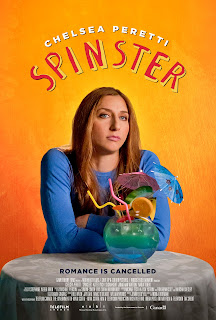 A self love story from One of the Greats.

When we meet Gaby (Chelsea Peretti), she’s having a bit of a day: She’s just caught her boyfriend Nathan (Eugene Sampang) — a board game enthusiast described by most who meet him as “a drip” — in the middle of a hasty escape from the apartment they’ve shared for the last three months. It’s not the end of a Romance For the Ages, exactly, but the absence of a reliable couchmate leaves Gaby with little else to do. Her friend Amanda (Susan Kent) is busy with her husband and kids. Her brother Alex (David Rossetti) splits his time between fighting for custody of tween Adele (Nadia Tonen) and honing his unfortunate stand-up comedy at open mic nights. Her father (Bill Carr as Jack) is a mealy-mouthed guilt tripper who’s mostly absent from her life. Gaby’s daylight hours are spent on her catering business, where she arranges overpriced menus for brides-to-be who insist true love has a dollar value and includes an open bar. Yes, Gaby is unmarried, childless, and about to turn thirty-nine. 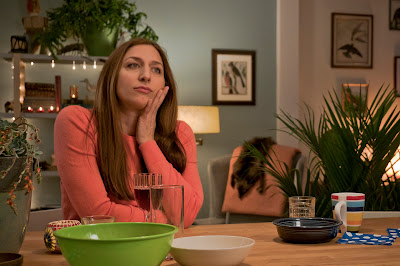 So, what now? Dating apps aren’t much help (“I guess I never really listened to Rush,” she tells one contentious suitor), and her half-hearted defense of Voluntary Singlehood isn’t convincing anyone. It’s not that she can’t score a willing victim. She can. It’s just that Gaby doesn’t want to settle. She doesn’t want to conform. She doesn’t want to define her happiness with a checklist. Offensive as it may be to Straight-Laced White Guy and the patriarchy he refuses to acknowledge, Gaby is opening herself up to the idea that she might actually find fulfillment through other means. She sets to work building a stronger relationship with Adele, teaching the younger girl to knit and bonding over stories about Grandma’s cinnamon toast. She adopts a dog and takes her for long hikes. She contemplates opening a restaurant. In short, she carves out a path through the future that — while not completely closing the door to partnership forever — doesn’t depend entirely on the romantic validation of another human being. 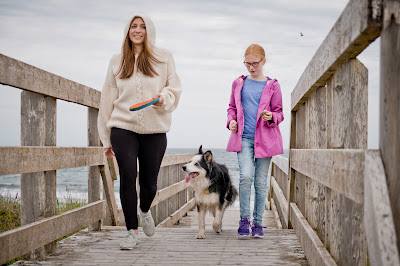 And, look. Spinster isn’t down on love entirely, but director Andrea Dorfman and writer Jennifer Deyell do infuse it with an easy-going indifference incredibly well-suited to the performance sensibilities of their star, Chelsea Peretti. The Brooklyn Nine-Nine alum is doing the appropriate amount of eye-rolling to betray the lonely romantic at her character’s core without getting full-on snark soldier obnoxious. Gaby, still wounded by her parents’ divorce more than anything else, is more callused than cynical, but Spinster never demeans or punishes her for either. Instead, it targets those who enter social contracts like marriage for misguided reasons and celebrates those who elect personal honesty: “You know, a big part of me wanted to have kids,” says Gaby’s neighbor, Cali. “But I guess a bigger part of me wanted something different.” And that’s okay! A late-game Meet Cute might feel good in the moment, but Gaby has come too far to put her trust in anything but herself. For now, at least. 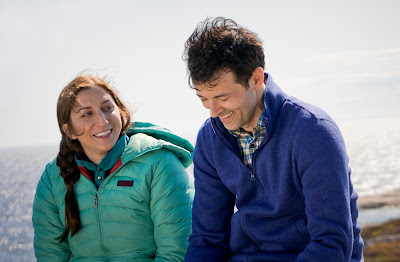 While Peretti does most of the lifting in Spinster, special mention should be made of young Nadia Tonen as the timid, people-pleasing Adele. With most of her playtime apportioned by court order, Adele has a predictably hard time advocating for herself. She chooses the brown yarn for her scarf because that’s what Gaby suggested. She turns down their movie date because she feels guilty seeing one without her dad. As the walking embodiment of a failed marriage, Adele can’t quite decide what it means to be Adele. Tonen gives her character a kind of forced cheerfulness that allows Gaby to reflect on her own tendency to shovel bullshit for the sake of others. Wine-drunk housewives and free-wheeling sexagenarians are one thing, but Gaby is an innocent. She didn’t ask for any of this, which means she’ll be all the more damaged by its psychological effects. Spinster offers hope for Adele and for Gaby, a promise that they (you, me, us), alone, are enough.
Posted by Patrick Bromley at 5:00 AM