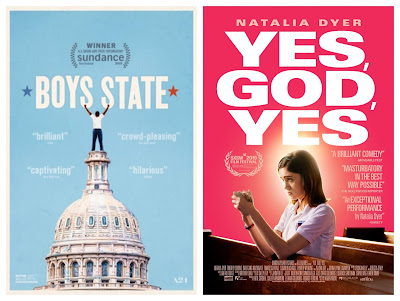 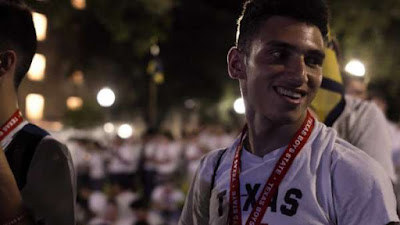 “Democracy is not a state,” wrote the late congressman and civil rights icon, John Lewis. “It is an act, and each generation must do its part to help build what we called the Beloved Community, a nation and world society at peace with itself.” In short, democracy is a work in progress. We add to it every day. At its best, democracy is a blend of innovation and tradition, a reverent symphony of voices working to form a more perfect union. At its worst, democracy is a bullhorn for reactionary populism, a breeding ground for opportunists seeking to profit from our collective unrest. In hopes of balancing those scales, the American Legion sponsors Boys State, a summer leadership program intended to educate high schoolers about government, civic responsibility, and the legislative process (Girls State would crop up soon after its founding in 1937). Each yearly conference splits its attendees into two groups and tasks them with establishing a party platform, electing leadership, and passing legislation. Directors Jesse Moss and Amanda McBaine chronicle the 2018 Texas conference in their documentary, Boys State.

That’s the preamble. That’s the setup. The real thrust of Boys State, though, is to illustrate the fragile thread by which our democracy truly hangs. Though most are only seventeen, the Boys State scholars mirror the full-grown politicians of today, running the gamut from sincere idealists to self-indulgent narcissists. One soft-spoken candidate is a first-generation American and gun safety advocate. His speeches quote from Napoleon and plead for human empathy. Another candidate is a bombastic, Ben Shapiro-esque cultural agitator whose primary campaign strategy is repeating dubious facts and complaining of bias in the parliamentary proceedings. There’s a floppy-haired prom king, a principled double-amputee, and a black party chairman weaponizing his self-described “church tricks” to corral a flock of Texas good ol’ boys. Together, they offer a fascinating window into what Americans believe, who they trust, and why they vote. They expose the superficiality of our institutions and the frailty of vision in the face of ambition. 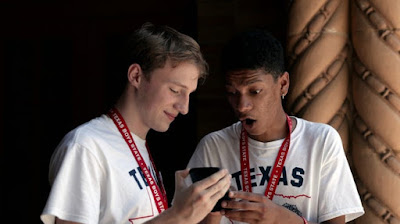 It’s certainly a waking nightmare for those who maintain some dogged faith in democracy, at least at first. These boys are young, dumb, and, well, you know. They don’t represent any real constituents or face any meaningful consequences for their decisions. They parrot their parents’ prejudices and hold what amount to little more than popularity contests. Many of their positions are reckless. Many of their tactics are deplorable. However, the often-terrifying Boys State does swerve just short of abject cynicism: After presiding over party conferences in which members promote Texas secession, anti-alien task forces, and pronunciation reform for the letter “W,” many of the boys come to quick terms with the gravity of their mission. Our floppy-haired prom king admits that he’s playing to the crowd and nearly drops out of the governor’s race in support of his more genuine opponent. One mud-slinging operative admits that winning a race requires a moral toll he may not be willing to pay. The good ones learn that governing is a lot harder than campaigning. They learn that actions do have consequences. They learn that memeable platitudes pale in comparison with conscientious debate. Boys State isn’t a requiem, but a call to action. We can only hope it’s loud enough to hear. 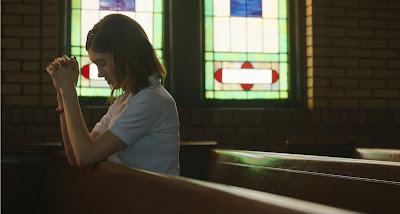 Writer/director Karen Maine takes a body-positive approach to sexual awakening in Yes, God, Yes. Set in the early 2000s, it’s the story of Alice (Stranger Things’ Natalia Dyer), a Catholic high school student trying to suppress new urges triggered by a raunchy exchange in an AOL chat room. Already hounded by rumors that she performed a sex act on a classmate (She didn’t, nor can she identify the act by its name), Alice is eager to follow the example of Father Murphy (Timothy Simons) and remain a chaste Christian until marriage. But the feelings are there. She can’t shake them. She keeps rewinding to the sex scene in Titanic and thinking that there must be more to life than school and chores. But her lessons are clear: Sex is for one boy and one girl. After they’re married. For procreation, only. That means no flings, no hookups, and no masturbation. Hoping to shed these new feelings and reaffirm her faith, Alice signs up for a weekend retreat led by Murphy and staffed by student leaders like Nina (Alisha Boe) and Chris (Wolfgang Novogratz). What follows is a delicate and slyly funny “coming” of age story.

Anyway, Alice’s journey takes her down a path that will be familiar to anyone who got through high school without imploding from shame and self-debasement. She’s managing impulses she doesn’t understand through subterfuge (hiding her vibrating cell phone from counselors) and rash action (jumping Chris’ bones after getting him alone). What may be less familiar to non-Catholics, though, is the degree to which Alice is made to feel bad about her sexuality. The puritanical counselors demand chastity without offering a reasonable alternative and make examples of students who fall short of their impossible standards. All sin equals eternal damnation, they say, and God is always watching. Sure, but then why is Father Murphy watching porn on his computer? Why is Nina going down on another counselor in the woods after lunch? Everyone else seems to be managing these urges in healthy ways, so why can’t Alice? Maine’s warm and often insightful screenplay challenges Alice and her peers to get a handle on themselves (Sorry, again) before it’s too late. 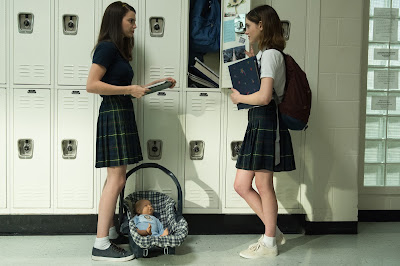 Coming in at just seventy-eight minutes long, Yes, God, Yes has room to grow. It relies heavily on a charming Natalia Dyer performance that could benefit from more texture in the writing. Alice is a ceramic vase ready to shatter, and Dyer is more than capable of some serious thematic lifting. Also underdeveloped is the “Catholic hypocrisy” storyline: Maine misses a major opportunity to humanize her antagonists and the doctrine to which they’ve devoted their lives. Alice doesn’t have to forgive them, of course, but her late-game assertion that we’re “all just trying to figure out our shit” would land firmer if we saw more than a head fake toward their contrition. The film isn’t particularly funny, either, but we’ve seen enough raunchy (and, importantly, male-led) sex comedies to appreciate Maine’s choice to focus on character and pathos, instead. Religious or not, young women will always face more sexual shame than their male counterparts, and Yes, God, Yes is a welcome addition to a crop of sex-positive comedies (Blockers comes to mind) that approach the topic honestly and without sensationalism.

Vertical’s Yes, God, Yes is available through On Demand platforms now.
Posted by Patrick Bromley at 5:00 AM