Fantasia Fest 2020 Review: THE DARK AND THE WICKED 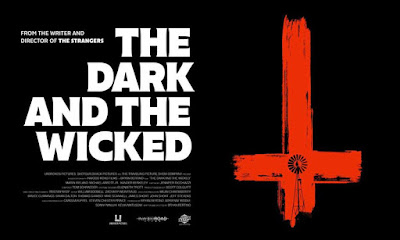 It lives up to its title.

With The Dark and the Wicked, which had its premiere at the 2020 Fantasia International Film Fesival, writer/director Bryan Bertino establishes himself as a modern master of horror. Like fellow master Mike Flanagan, Bertino is always interested in infusing humanity into his horror, using the genre as metaphor with which to tell deeply personal stories and crumbling relationships, family strife, or, as is the case here, caring for a sick relative. What The Strangers is to home invasion horror,  this movie is to supernatural horror: an intense and relentless exercise that never ignores the characters or emotional elements in the telling of its story. 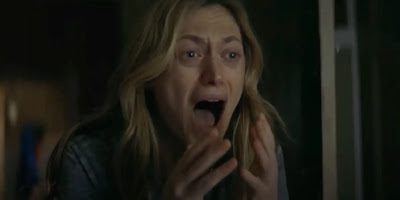 Marin Ireland stars as a woman who returns to her rural family farm to take care of her dying father. Her mother (Julie Oliver-Touchstone) is succumbing to her grief. Her brother Michael (Michael Abbott Jr.) wants to return home to his wife and kids. The longer they stay, the worse things get: strange occurrences begin happening and both siblings start experiencing waking nightmares. There seems to be some dark and wicked force coming for the family, threatening to take them one by one.

Of all the films I saw at this year's Fantasia Fest, The Dark and the Wicked is certainly one of the bleakest. It's almost punishingly grim, but that's by design. Like Relic from earlier this year, this is a film about the horror of watching a family member slip away, succumbing to illness while trapped inside a failing body and mind. There's just nothing happy about it. The supernatural horror that begins to creep in may be real, or it might just be a metaphorical manifestation of the nightmare of witnessing prolonged death. As in Bertino's last film, the underappreciated The Monster, it works both ways. 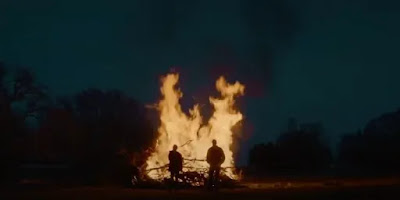 I don't want to give away the places that The Dark and the Wicked goes except to say that the movie is not fucking around. Bertino knows that horror can be truly horrifying and leans into everything that belief suggests. The film reminded me in some ways of Shudder's Host in the way that it's designed as an engine purely to scare; the difference is that The Dark and the Wicked's scares are used to punctuate extended stretches of creeping dread and inevitable terror. To describe it as slow burn is somewhat misleading, as there are payoffs scattered throughout, but Bertino is patient in revealing his ultimate endgame. And when it comes...well, let's just say the movie comes by its title honestly.
Posted by Patrick Bromley at 2:12 PM

Email ThisBlogThis!Share to TwitterShare to FacebookShare to Pinterest
Labels: 2020 horror movies, bryan bertino, fantasia fest 2020, the dark and the wicked