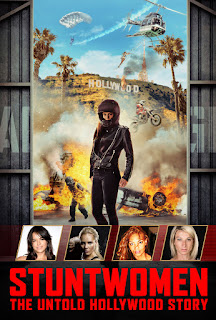 It’s long been said that Hollywood stunt work is some of the most grueling and painful in the business. Stunt performers are expected to arrive early, stay late, train in their off hours, nail the gag in one take, and never — under any circumstances — let anyone see them bleed. They’re expected to risk life and limb for their art while covering their faces just enough so that no one in the audience has to wonder whether it’s really Keanu Reeves or Scarlett Johansson leaping from skyscrapers or doing all that backflipping gun-fu. While some stunt performers have gone onto productive directorial careers (Hal Needham, Chad Stahelski) and a few even find starring roles in front of the camera (Zoë Bell, Scott Adkins), the vast majority of stunt work is done by athletes, martial artists, drivers, dancers, and all-around badassess who will remain largely anonymous to the public. Ninety-three years on, there’s no serious talk of establishing an Academy Award for Best Stunts. Hell, according to Vulture, stunt performers still don’t have a dedicated group within the Academy of Motion Picture Arts and Sciences. 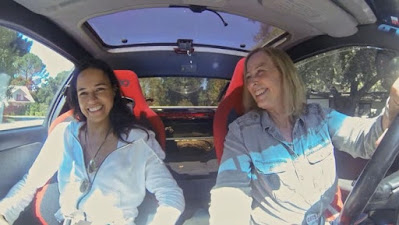 And buried deep within one maligned subculture is, of course another: Stuntwomen. Based on the book by Mollie Gregory, April Wright’s new documentary Stuntwomen: The Untold Hollywood Story delves into the ongoing history of show business’ toughest ladies. Michelle Rodriguez narrates. Pauls Feig and Verhoeven number among the talking heads. But the real stars are stunt veterans like Jeannie Epper (Lynda Carter’s Wonder Woman double), Jadie David (Pam Grier’s Foxy Brown double), Julie Ann Johnson (Charlie’s Angels), and Donna Keegan (True Lies). The film pairs these elder stateswomen’s stories with those of modern pros like Deven MacNair and sisters Heidi & Renae Moneymaker to explore how things change and why they stay the same. Their stories range from all the way back to the Silent Era (era) — when female filmmakers were first forced to cede control of the new and burgeoning film industry to The Men — through the cocaine-fueled 1980s and into the Marvel-driven landscape of today. 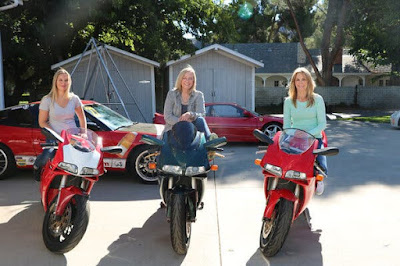 All stunt work is hard, but what Stuntwomen really documents is the added burden carried by those determined to showcase female strength. Rehearsing complicated fight sequences in high heels and evening dresses, for example. How does one protect from injury in an outfit that leaves no room for shields or padding? Or how about the training regimens necessary to build one’s body strong enough to work while staying wafer-thin enough to double for young Hollywood starlets? Or the indignity of being told that a man in a wig will be taking a job from a woman who trained six months for the opportunity? How would it feel to be blacklisted by producers after exposing the on-set drug use that led to a horrifying accident, as Johnson was? What about the women of color fighting to take up space in an industry this exclusive? Female stunt performers are far less likely to rise up the ranks into directors, producers, and stunt coordinators than their male counterparts. What happens to talented professionals with years of experience once they can no longer hang from helicopters or crash through windows? 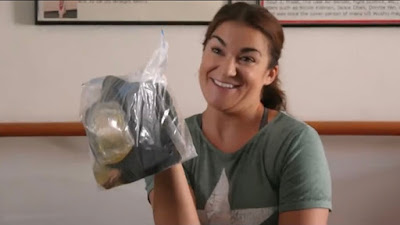 Stuntwomen is much more than just an airing of grievances, though. It’s a celebration. These women are thrilled to do what they do. They’re proud of every bang and every bruise. It’s fun! We see the giddy joy on Kelly Roisin’s face as she gets gelled up for a fire stunt. We watch Alyma Dorsey nearly come to celebratory tears when she finally pulls off a complex car stunt after a full day’s practice. Hot Pursuit director Anne Fletcher shares a great anecdote about the day she discovered that the stunt person in charge of an experimental bus rig was a woman. These women support each other. They know that smaller ideological victories can give way to lasting systemic change. If there’s a strike against the film, it’s that it doesn’t feature enough on-set, behind-the-scenes goodness. But that’s the problem, right? There aren’t enough of these women on sets. Too few of them are in a position to demonstrate their value and cultivate interest in their work. If nothing else, though, Stuntwomen offers us a chance to show our appreciation and find a new way forward.

Stuntwomen: The Untold Hollywood Story is now available on VOD platforms.
Posted by Patrick Bromley at 5:00 AM