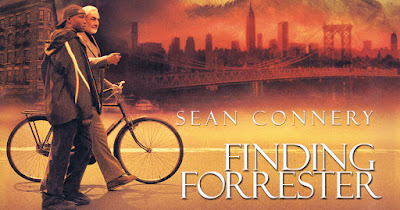 Nominated for “Best Art and Commerce” trailer at the Golden Trailer Awards.

Welcome to 2K Replay, the home of the year 2000 in film. This week I’m revisiting a movie I bought on DVD because it made me feel smart and cultured: Finding Forrester.

• Best Scene/Moment: Any scene between Sean Connery and Rob Brown.

• Best Food: There’s a scene where Sean Connery and Rob Brown are eating Chinese food out of takeout cartons and it looks delicious. I must say, though, they should put the food on a plate. Carton eating is all well and good at first but once you get in there, you’re going to have sauce and food rubbing up against the side of your hands when you get to the bottom of the carton.

• Best Song: There’s a lot of great Miles Davis music on the soundtrack, but I’m going to go with “Somewhere Over the Rainbow” by Israel “IZ” Kamakawiwo’ole. It’s a lovely cover that has been used in many movies and television shows, including 50 First Dates and Meet Joe Black.

• Best Merch Available on eBay Right Now: A Finding Forrester leather bound diary for $29.99. This is a fine-looking diary! I usually write these eBay superlatives as a bit of a goof, but damn. I feel pressure to write important things in here. Man! I think I’m gonna buy it. Update: Never mind. It would cost me over $40 with shipping. I really want to go to Office Depot now and buy a new notebook. That shit gets me excited. Update: I went to Office Depot and bought an Executive Journal. 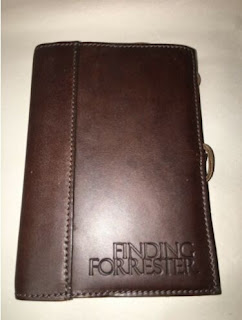 • Director Check: Finding Forrester was a movie made by a director (Gus Van Sant) who probably needed something safe (and a hit) after the reception to his “blank check” movie - the 1998 remake of Psycho. It was a return to familiar ground after Good Will Hunting, to which Finding Forrester bears some resemblance (set in the world of academia, older man helping a very intelligent younger man at a crucial point in his life). After Finding Forrester, Van Sant really leaned into micro-budget indies like Gerry, Elephant, Last Days and Paranoid Park. He got back his award season mojo with Milk (a very good movie) in 2008. I’m a fan of Gus Van Sant. I’ve missed a lot of his movies over the years, but he’s an original artist with a strong resume.

• Year 2000 Movies to Trailer Before It: Almost Famous, Erin Brockovich, You Can Count on Me

Here’s a short interview between the great Roger Ebert and Sean Connery. I miss them both. Ugh, why is this interview so short?!

• Mall Movie? No. Finding Forrester is prime Oscar bait, which would always play at the classy theater and never the mall.

• Scene Stealer: Rob Brown. He’s great in this movie and completely holds his own with Sean Connery despite this being his first movie. I’m surprised this didn’t lead to a bigger film career for him (although he has worked consistently, especially in television).

• I Miss: Seeing a movie like this at age 18 and being as inspired by it as was intended.

• I Don’t Miss: F. Murray Abraham. He’s just the absolute worst. He’s an incredible actor at playing heels. He’s almost too good at it. I shrink inside the moment I see him in anything. Again, he’s very talented. I just can’t stand him.

• What I Thought in 2000: I remember seeing Finding Forrester during winter break of my freshman year of college with friends from back home, so there’s a good deal of nostalgia I have for it from that. It was an IHOP movie where you’d go eat, have coffee, and talk about the movie after you saw it. At the time, I thought it was an enjoyable, Good Will Hunting-lite type of movie. I bought it right away on DVD when it came out. 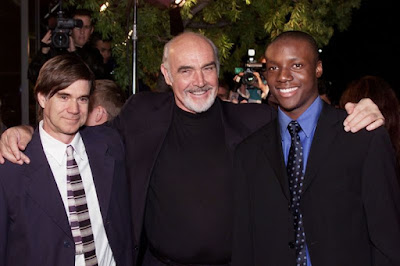 • What I Think in 2020: It’s even better than I remembered. It’s an underrated Connery performance and a sweet movie. It made me forget about 2020 for 2+ hours, which is exactly what I wanted.
Posted by Patrick Bromley at 12:00 PM