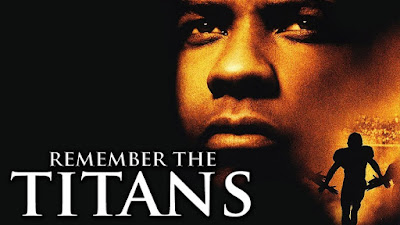 Nominated for a Golden Moon Award at the Faro Island Film Festival.

Welcome to 2K Replay, the home of the year 2000 in film. This week I’m revisiting a movie I had to hide from people in my dorm so they wouldn’t ask to borrow it: Remember the Titans.

• Best Scene/Moment: The montage set to James Taylor’s “Fire and Rain” after the Titans win the state semi-finals.

• Best Food: There’s a moment where a rival coach calls Denzel Washington a racial slur on television before an important game. After the Titans beat the racist guy’s team, Denzel hands him a banana. It’s a great “F*** you” moment.

• Best Song: The song I most closely associate with Remember the Titans is the amazing “Ain’t No Mountain High Enough” by Marvin Gaye and Tammi Terrell, but on this recent re-watch the instrumental theme “Titans Spirit” (by composer Trevor Rabin) caught my attention. It’s great!

• Best Merch Available on eBay Right Now: A screen used T.C. Williams Football Team Staff Jacket Prop for only $100.00 as a buy now option. It’s a cool looking jacket and a recognizable prop from Remember the Titans. If I had a Planet Hollywood, I might consider buying it to display in my successful franchise restaurant. 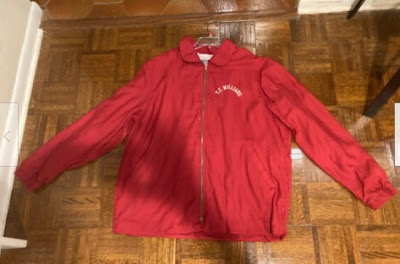 • Double It with This 2000 Movie: The Legend of Bagger Vance

• Year 2000 Movies to Trailer Before It: Gladiator, Men of Honor, Thirteen Days

Someone made their own TV Spot for the film with odd call-outs like “Rousing Celebration of the Human Spirit,” and “Filled with Heart and Soul.” The funniest things about the video, though, are that a) it’s called “Remember the Titans Commercial for Male Audience” and b) at the 0:54 mark, how the film’s title just whips on the screen real fast.

• Mall Movie? No. It might have made the mall theater after a couple of months, but it wouldn’t have started there.

• Only in 2000: Kip Pardue. Fun fact: In the year 2000, I thought Ryan Hurst was Kip Pardue because Ryan Hurst looks like a guy whose name would be Kip Pardue. Imagine my embarrassment.

• Scene Stealer: I’ve become a big Will Patton appreciator in the past 20 years and he’s great here, but the heart and soul of the movie are the performances by Wood Harris and Ryan Hurst. It’s also neat to see baby-faced Ryan Gosling before he became a movie star. 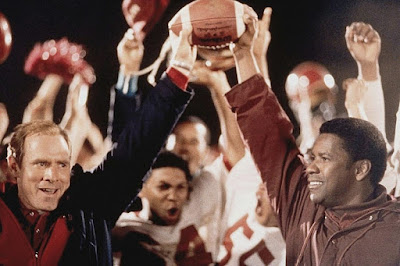 • I Don’t Miss: Many of the lesser sports movies that came out of the wake of Remember the Titans success like The Blind Side, Coach Carter, The Express, Glory Road, Invincible and Radio. It was an endless glut for a while. 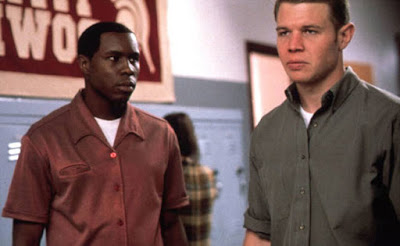 • What I Thought in 2000: I absolutely loved Remember the Titans back in 2000. It hit all my emotional buttons and I watched it many times between 2000 and 2001. It made me like football more than I did at the time, which is hilarious to me now because this movie has no interest at all in getting into the details of an actual football game. For example, there isn’t a single moment in the movie where a player, coach, or fan mentions what down it is.

• What I Think in 2020: I had more problems with the movie now than I did back then (it’s a little Green Book-y) but the movie works overall, especially in the second half. I enjoy Remember the Titans now primarily as a time capsule. It’s a sweet movie, but nowhere near my favorite football film anymore, which it was in the conversation for back in 2000.
Posted by Patrick Bromley at 5:00 AM