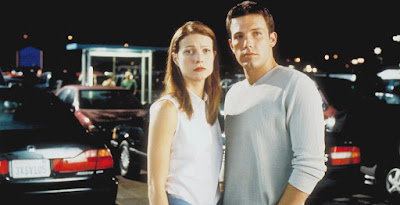 Nominated for an MTV Movie Award for Best Kiss (lost to Save the Last Dance).

Welcome to 2K Replay, the home of the year 2000 in film. This week I’m revisiting a movie for which I watched all the deleted scenes: Bounce.

• Best Scene/Moment: (tie) There’s a moment where Ben Affleck takes Gwyneth Paltrow and her family to a water park and Affleck excitedly goes down a water slide with one of the kids and I dunno…it made me kind of want go down a water slide with Ben Affleck. The other is a moment where Affleck asks Paltrow what she’s doing tomorrow and she says, “You tell me.” I’ve had that happen to me in real life before (not by Gwyneth Paltrow, who made a candle that smells like her vagina) and it’s incredibly sexy because it means the woman is in it to win it with you. 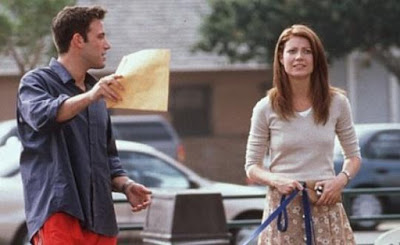 • Best Food: Affleck takes Paltrow to a diner after a Los Angeles Dodgers game and she gets a grilled cheese sandwich. Diner grilled cheese is the stuff dreams are made of.

• Best Song: I’m not crazy about this soundtrack so by default I’ll choose “Here with Me” by Dido. I feel like Dido wouldn’t be caught dead watching Bounce and would be over at the art house theater in line for Quills.

• Best Merch Available on eBay Right Now: The final teaser trailer on 35mm for $2.99! And it’s not a Black Friday sale. It’s this price all the time! 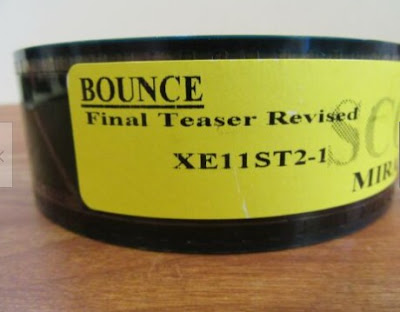 • Director Check: Bounce was written and directed by Don Roos and was his follow-up to the indie hit (? I think it was an indie hit), The Opposite of Sex. Bounce is Roos’ most widely released movie by far. After Bounce, he made Happy Endings (which I think I saw but honestly can’t remember) and The Other Woman (2009) starring Natalie Portman. Since then he’s worked primarily as a writer for television it seems. I wish we had more Don Roos movies. I also like how his name sounds like Donruss, which is a trading card company. If Bounce had trading cards, they totally should have been made by Donruss.

• Year 2000 Movies to Trailer Before It: All the Pretty Horses, Duets, Reindeer Games

• Mall Movie? No, this is Miramax so it would go to the grown-up theater. The mall would get Dimension Films.

• Scene Stealer: Johnny Galecki has a bit of a stock character (the gay assistant/best friend who tells it like it is to the main character), but he does make the most of his scenes. It’s also nice to see him pre-Leonard on The Big Bang Theory since that’s how I see him now.

• 2000 Crush: (tie) Natasha Henstridge and Gwyneth Paltrow as a brunette. 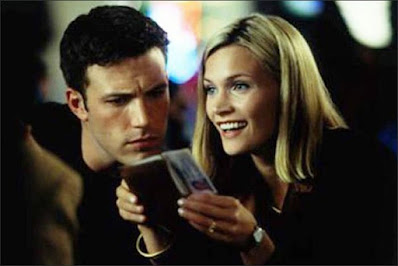 • What I Thought in 2000: I didn’t see Bounce until it was on DVD in early 2001 but I remember thinking it was incredible for some reason and devouring all the special features on the disc. At the time I was convinced there was enough good material for two separate versions of Bounce.

• What I Think in 2020: It’s very okay. I’m not sure why I was so over the moon for Bounce 20 years ago. The story is pretty contrived despite two strong lead performances. In fact, a pretty similar plot was just recently recycled in the Katie Holmes-Josh Lucas romance The Secret: Dare to Dream.
Posted by Patrick Bromley at 12:00 PM