“Cuz what they do in WASHINGTON, they just takes care of NUMBER ONE,
and NUMBER ONE ain't YOU. (You ain't even NUMBER TWO.)

--“The Meek Shall Inherit Nothing,” Frank Zappa

Did you know that Frank Zappa was an enormous fan of enormous monster movies? A few weeks ago, Mondo Gallery made available a beautiful collage poster by Alex Winter of newspaper ads for 1950s and ’60s monster movies to herald the release of his new documentary, Zappa. Since then, I’ve been looking forward to seeing the film.

I had always been of two minds about Frank Zappa. I loved his funny novelty songs, like “Don’t Eat the Yellow Snow,” “Baby Snakes,” “Goblin Girl,” “Dancin’ Fool,” “I’m the Slime,” “Why Does It Hurt When I Pee?,” “Dirty Love,” and “Valley Girl.” I was also aware that he was a serious orchestral composer, but his instrumental work tended to leave me cold. These conflicting views of all things Zappa came to a head when I finally saw him live in college. He started the concert with some “earlier, funnier stuff” (i.e. songs with lyrics) but soon picked up a baton and led his stellar rock orchestra through two and a half hours of extremely complicated and cacophonous orchestral music.

How much did I pay for those tickets? 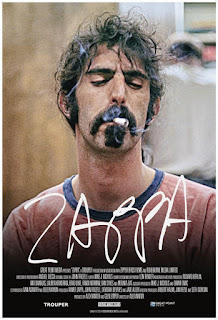 Alex Winters’ new documentary Zappa is a revelation: an extended think piece on the nature of art, the role of an artist in society, and the need for artists to balance artistic integrity with commercial considerations. This visual, musical, and emotional essay is one of my favorite films of the year. Like its very talented musical subject, it’s full of ideas.

Winter starts the film in a conventional fashion, focusing on Zappa’s childhood in California, but soon we cut to the vault, the storage locker where Zappa housed all of the master tapes of all his thousands of hours of musical composition. For anyone else who suffers from physical media OCD, this vault is surely end of the rainbow in terms of the treasures it contains.

The vault is so well organized! 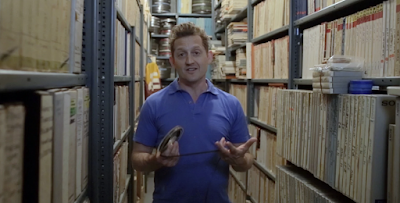 Yet Winter has no desire to cobble together a standard “and then he did this... and then he did this” show business biography. We’ve seen boatloads of those before, they are boring, and they do not fit this singular subject. Instead, the film becomes, at almost exactly the hour mark, an extended meditation on life, work, and success. Zappa realizes that the music business exists to steal money from artists legally, and starts his own record label. Zappa is one of the only American musicians to speak out against Susan Baker and Tipper Gore’s PMRC Censorship Group in the mid-1980s. Zappa becomes an “economic ambassador” to the newly democratic Czechoslovakia after it throws off the yoke of Russian rule. Zappa writes and records music every day. Accepting an invitation from his 14-year-old daughter, Moon Unit, who is sad because she doesn’t get to spend enough time with her studio-bound Dad, Zappa collaborates with her on the song “Valley Girl,” which becomes his only hit record. 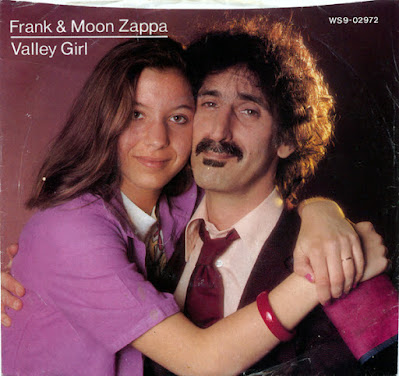 I love this film’s strange and loose narrative arc. I love the representative Zappa music that Winter chooses to include. I love how the film does not shy away from the fact that its subject, in the eyes of many friends and associates, was a bit of a dick. I love the talking heads gathered here to testify. For instance, guitar virtuoso Steve Vai, like many who are truly talented in their field, has a knack for explaining complicated musical concepts so that I, the least musical person in the Northern Hemisphere, can understand them. When Vai speaks of Zappa’s music it is so filled with love and respect and admiration, we can tell that Vai wishes he were still playing in that band.

Similarly, Ruth Underwood, who played percussion in Zappa’s touring band for many years, brings to bear an uncommon understanding of music and of Zappa. She talks movingly of first discovering his music and her belief that he was writing it “just for her.” Haven’t all of us at one time or another, when we find a kindred soul in the arts, think that said artists are speaking directly to us, with the art itself only as a “necessary middleman?” At one point in the film, Underwood plays Zappa’s composition “Black Pages” on the piano, and it’s enough to bring tears to your eyes.

What follows is a different performance of the same piece, included here so my readers can hear it:

At the end of the film, Zappa is shown conducting a full symphony orchestra in a performance of one of his instrumental pieces. The performance is augmented by two dancers, who perform a spirited and athletic dance to the music. The dance helped me to see what the music was trying to say; it brought the piece’s joy and celebration of life... to life. Without the dancers guiding me in a kind of visual, remedial “Music 101,” I may not have even realized what I was “missing” about the music. 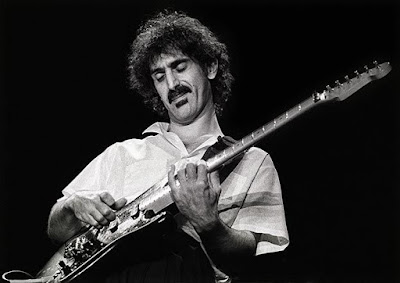 In a very real way, Alex Winter’s film Zappa is the dance I needed to see Frank Zappa’s music more clearly. It is a magnificent documentary, and a testament to its subject’s life, art, and career. Zappa told us again and again that music is FUN, that governments exist to WITHHOLD information and SUPPRESS the individual citizen, that a FREE mind is a HAPPY mind, and that what SELLS ain’t necessarily the BEST. And he did it with gleefully profane lyrics and a musical talent capable of making one hell of a noise.
Posted by Patrick Bromley at 5:00 AM