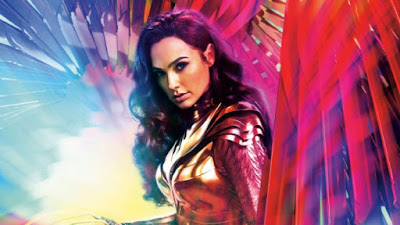 In which we officially enter the Age of Streaming Blockbusters.

The Future of Cinema begins with Wonder Woman 1984, the first major day and date release under Warner Media’s new post-COVID exhibition model. There was already quite a bit riding on Patty Jenkins’ sequel to her 2017 original — for female-led blockbusters, for the overall DC Extended Universe, etc. — but now an entire media empire seems to be resting on Diana Prince’s capable shoulders. And for all intents and purposes, Wonder Woman 1984 is up to the job. It’s a straight-up crowd pleaser with many of the same highs and lows as the original. Gal Gadot’s fourth outing as the princess of Themyscria offers her about as much depth and nuance as the previous three (Take that however you will), and the DCEU continues to distance itself from its early days of Marvel imitation, focusing instead on one character, one universe, and one movie at a time. These are positives! Jenkins is a capable filmmaker who, given the recent announcement that she’s helming Star Wars: Rogue Squadron, clearly knows how to navigate the rough waters of IP media. To the future, we go! 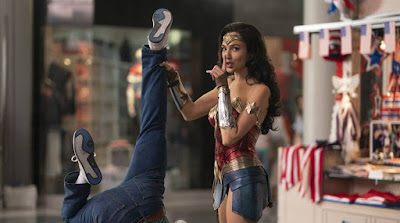 Well, actually we go to 1984. We find Prince working at the Smithsonian Institute, maintaining a low profile and still mourning the loss of the dashing World War I pilot, Steve Trevor (Chris Pine). Tales of her heroics are growing in number, however, punctuating the Reagan-era (era) adventure’s overall vibe of opulence and opportunity. The film’s period fashions are note-perfect, as are its depictions of packed shopping malls and gaudy television hucksters like Maxwell Lord (Pedro Pascal), who promises his viewers that The World is Theirs if they want it enough. He saunters into the museum with promises of millions in donations to Diana’s team in exchange for a look at some just-arrived ancient artifacts being catalogued by Dr. Barbara Ann Minerva (Kristen Wiig), a mousy archeologist who marvels at Diana’s beauty and confidence. Their three fates become intertwined when each makes a wish with one of the artifacts, a mystical Dreamstone: Minerva wishes for strength, Lord wishes for power, and Prince wishes that her great love would return to her. All three happen! Drama ensues.

Wonder Woman 1984 works in the most elemental way that a story has to: Each of the three main characters has a basic arc that runs along a similar thematic line. They’re all wishing for something impossible, something improbable, or something that would require far too much luck to achieve through sheer force of will. The overall theme (hammered home by the opening flashback to Diana’s loss in a tournament as a young girl) is that greatness is earned; victory will come when and if we are ready. Any attempt to cheat that process will be disastrous. Got it. Lord, for example, is a supposed oil magnate looking to fake his way into the spotlight with a slick suit and a clever catchphrase. He’s a clear Donald Trump analogue, modeled on the soon-to-be-ex-president’s Art of the Deal days. He presents the illusion of wealth while lying, borrowing, and conning everyone in his life until the illusion has piled so high he can no longer keep his head above water. Pascal gives the film’s best performance, going full ham sandwich and eventually collapsing into gleeful madness. 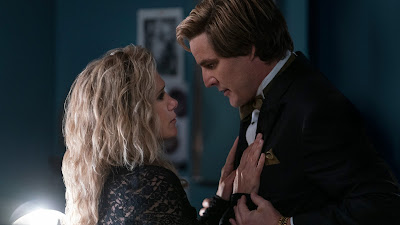 Minerva, too, is biting off more than she can chew. Strength, beauty, attention. This is what a modern working woman wants, right? And Diana! The love of her life suddenly reincarnated in another man’s body, waking up in his apartment and overwhelmed by a generation’s worth of technological progress. Pine shines in a wonderful (and clearly improvised) ‘80s fashion show scene, and it’s great to see our favorite Second Gentleman back at his lady love’s side. Here’s the thing, though: None of these characters’ stories end up having anything real to do with each other. They never actually intersect. They never deepen or complicate beyond the initial action. Trevor and Minerva are especially short-changed, essentially disappearing from the film for stretches at a time because there’s simply nothing more to do with them. While this never sabotages the story entirely, it does create tonal inconsistencies all over the place. Gadot’s trademark sincerity is especially awkward here. She has her Big Hero Moments, but the film hangs her out to dry with very little characterization in-between. 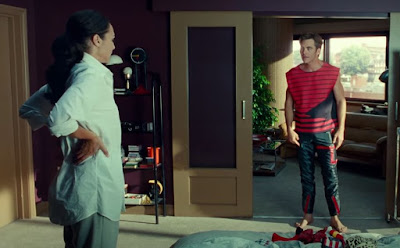 It all combines to make Wonder Woman 1984 a well-intentioned but ultimately empty experience. It’s somehow both overwrought and hollow, overstuffed and frustratingly bland. Gadot’s a fine screen presence, but she continues to be a cold actress who fails to provide the film with a clear emotional center. Despite Wonder Woman’s storied history, the filmmakers have also failed to develop a cinematic language for her powers and abilities, and compelling visuals (like the trailer’s “ride the lightning” moment) feel meaningless because they have no story relevance. Wonder Woman fans who have waited years to see Cheetah realized on the big screen will surely be disappointed, as well, as the character ends up little more than a secondary villain thrown aside without much ceremony. And isn’t there something a little fishy about seeing Wonder Woman don ostentatious golden armor to fight back against ‘80s excess and greed? You know what? Maybe that’s reading the text a bit too critically. Wonder Woman 1984 is fun. Perhaps it’s better to leave it at that. God knows we all need a little fun right now.
Posted by Patrick Bromley at 5:00 AM