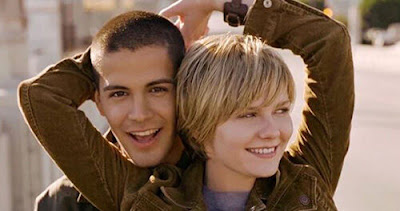 Nominated for Outstanding Song in a Motion Picture (“Siempre” by La Ley) at the ALMA Awards. It lost to “Lady Marmalade,” which gitchie gitchie ya-ya’d the competition.

• Best Scene/Moment: There’s a scene where Kirsten Dunst goes to a Quinceanera at Jay Hernandez’s family’s house dressed provocatively. As she’s leaving the house, two women mutter under their breath the word “Sucia” which is slang in Spanish (according to Urban Dictionary) for “a dirty, skanky ass female.” When I went to see Crazy/Beautiful in theaters in 2001 and this moment happened, half of the audience (that didn’t speak Spanish) was silent and half of the audience (that did speak Spanish) was laughing very, very hard. I’ll never forget it. It was a great moviegoing moment.

• Best Food (tie): Jay Hernandez’s mom makes him scrambled eggs before school and I wanted some of those eggs. Also, there’s another scene where he takes Kirsten Dunst and Taryn Manning to a food truck and Dunst says they’re the best tacos she’s ever had and that made me want to go to a food truck with Kirsten Dunst. 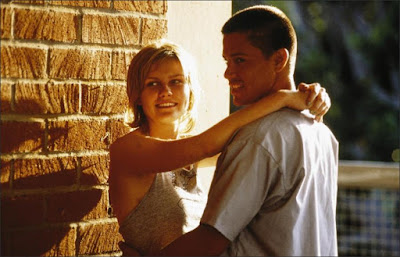 • Best Song: The obvious choice is the ALMA nominated “Siempre” by La Ley, but instead I’ll go with “This Year’s Love” by David Gray because if you ever need a sad bastard song for your montage sequence, you can’t go wrong with David Gray. I like the 1:45 mark in this video where Dunst is doing an homage to the “Something to Tide You Over” segment from Creepshow to Jay Hernandez.

• Best Merch Available on eBay Right Now: A “Crazy/Beautiful (VHS, 2001)” for $2.20. So, why is this a big deal? Look at the picture and you’ll see it’s Bethani Gorter’s personal copy of Crazy/Beautiful. I have no idea who this person is, but this VHS is not being sold by her so maybe this copy was stolen? Borrowed and never given back? Floated away like the feather in Forrest Gump? 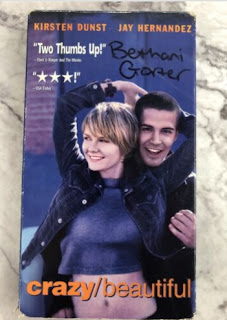 • Director Check: Crazy/Beautiful was directed by actor-writer-director John Stockwell (Blue Crush, Into the Blue, Turistas), who makes movies where beautiful people are often shirtless and/or in bikinis. I’m not mad at it. Crazy/Beautiful was his third directorial effort (after Under Cover and the TV movie Cheaters) and kicked off his peak theatrical swimsuit run. His last few directorial efforts have been DTV action flicks like Kickboxer: Vengeance and the Wesley Snipes vehicle Armed Response. I kinda want to rewatch Blue Crush now.

• Only in 2000: Bruce Davison says something like “I’m sure you’ve seen your share of friends sucked into la vida loca” to Jay Hernandez and then pauses and continues “not just a Ricky Martin song…” 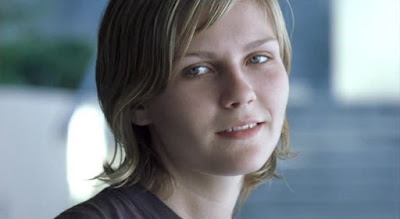 • What I Thought in 2001: I was in peak Dunst Crush territory in 2001 so I really wanted to see Crazy/Beautiful at the time. I remember liking it because it was melancholy and that’s where my head was at back then. I was also rooting for people to rent it when I worked at Blockbuster Video, but it didn’t do that well. I also couldn’t help thinking that Crazy/Beautiful was basically the same movie as Mad Love (1995) but better. I thought the couple would make it in the long run.

• What I Think in 2021: I miss movies like Crazy/Beautiful. It still works as good drama even if the ending is a bit tidy. The movie was cut from an R-rating to a PG-13 and it shows. It feels grittier than it’s allowed to be. It’s not a big deal, though, because Dunst and Hernandez are both very good, charismatic actors with strong chemistry together and that’s most important in a romantic drama. I think this couple probably made it to 2003 and broke up.
Posted by Patrick Bromley at 5:00 AM