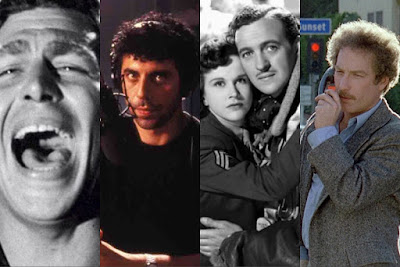 It was a strange and sad year. But we had movies.

I've been doing my own film discoveries lists for the past several years (first-time watches of films released before 2000), but when Patrick asked if anyone wanted to contribute an end-of-year list two things went through my head: 1. “I'm part of the family!” 2. “Somebody might actually read this!”

This was first put on my radar when it received the Criterion treatment last year. It'd been mentioned on a few podcasts and I (thought) I knew this was just a silly comedy. I was wrong! It's more of a horror movie than a comedy. Watching it in October, with less than a month to go before the election, was a real stress test. The less you know, the better if you've never seen it. But see it. It's Andy Griffith as you've never seen him. 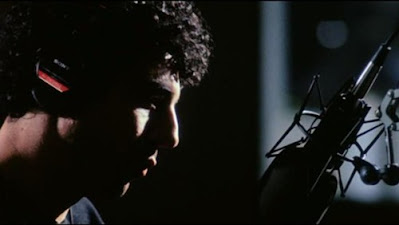 This could make a good double with A Face in the Crowd (although it'd reap hell on your blood pressure). I picked this up during Twilight Time's closeout sale on the recommendation from an early episode of Just the Discs. Loosely based on outspoken lawyer and radio host Alan Berg, starring and written by Eric Bogosian (based on his play), it follows the last few days in the life of shock jock Barry Champlain. You will love this or you will hate this.

Twilight Time comes through (again) with one of my top discoveries. Richard Dreyfuss plays Moses Wine, a private detective hired by an old friend to help squash rumors surrounding a political campaign. I know this was one of Patrick's favorite discoveries of the past couple years, and now you can include me in the praise-giving. Hysterical, exciting, and at times meandering. His name is MOSES WINE. How can you go wrong?

The only Powell and Pressburger I've seen. Shame. Keep in mind, this is 1946. You will see some extremely forward thinking in this film. Boundaries are pushed. Choices are made. It goes OFF. THE. RAILS. And comes together perfectly. David Niven is a pilot who sends out a Mayday as his plane is going down in WWII to radio operator Kim Hunter. Having never met her, and facing his imminent demise, he tells her he loves her. After escaping death, he has to stand trial in heaven. It's bananas. 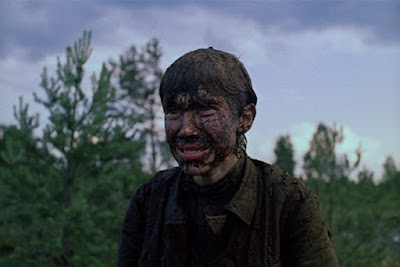 While I loved Come and See, I'm in no hurry to watch it again any time soon. It's the story of the extermination of villages in Belarus during WWII, all seen through the eyes of a child soldier. Absolutely devastating, it should be required viewing in high schools around the world. The performances are hauntingly real, the tone and setting is bleak and transportive, and the sheer scope of the film knocked me on my ass. It will stick with me forever.

Buddy cop movies are somewhat of a specialty for me, and it's hard to top Alan Arkin and James Caan as bickering partners tearing up San Francisco. As much as we love Chicago around these parts, San Francisco ranks at the top with New York and Los Angeles as the basis for a movie's playground. Richard Rush does everything he can to play hard in Frisco. If you like fun, crass, and exciting cop movies, this is one of the best. 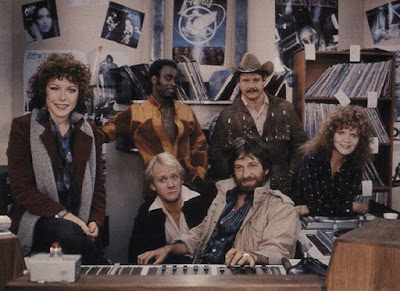 The first time I'd heard about this movie that was basically impossible to see was courtesy of Steely Dan's theme song for the movie. Arrow Video put out a wonderful Blu-ray last year, and while it's region-locked, it's well worth the excuse to upgrade to region-free. A group of radio disc jockeys take over their station in a “Damn the Man!” type of situation. It's incredibly fun, and the soundtrack is incredible.

You've Got Mail is one of my all-time favorite movies, and thanks to TCM (and now Warner Archive) I was able to finally see the original film (based on a Hungarian play) on which Nora Ephron based her movie. I'm a sucker for any Jimmy Stewart performance, and I'm in love with Margaret Sullavan here. You'll want to live in the little neighborhood in Budapest and befriend all of these characters.

“One of the greatest movies ever.” It's in Danny Peary's Cult Movies, a book on which I based an entire podcast! Had I taken the time to watch it? Of course not! Had the bar been set too high? Was I interested in a story of an ingenue trying to replace an aging star? I did watch it, though, and it surpassed that bar, and the story wasn't at all what I expected. It's a classic for a reason. I'm going to watch it again right now. 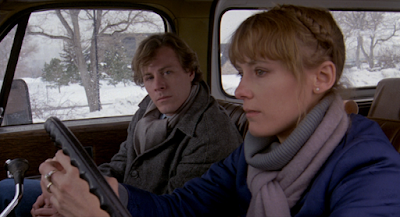 Twilight Time comes in with the top spot in the year of streaming and physical media! There is a line of dialogue here that is, understandably, very hard to hear for most people. It turns people away from the movie. That's fine. For me, though, it's one sentence in an entire movie that is one of the most honestly-written stories I'd ever seen. It ended and I just sat, feeling a mix of shame and awe, because of how brutally honest this woman was able to create a male character. While the performances by John Heard and Mary Beth Hurt are pitch-perfect, it all comes down to Joan Micklin Silver's screenplay and direction. Rest in Peace to one of the greats.
Posted by Patrick Bromley at 5:00 AM

Email ThisBlogThis!Share to TwitterShare to FacebookShare to Pinterest
Labels: a face in the crowd, all about eve, best of 2020, favorite discoveries, talk radio, the big fix