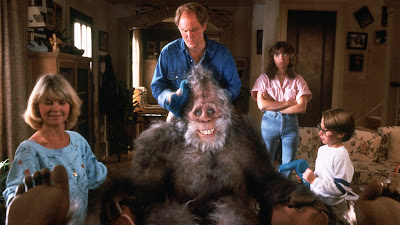 Having only one large screen TV in my house, much of my time was spent not watching movies I wanted to watch but watching movies my kids loved. While I watched more movies this year than I have in a long time, most of them were movies I already saw, were made for kids, or had the word “Pokemon” in the title. Rather than doing a normal top 10 list, I decided to change it up and give you my TOP 10 MOVIES I WATCHED/REVISITED WITH MY KIDS DURING QUARANTINE.

10) The Sandlot: Heading Home (2007, William Dear) About halfway through quarantine, we got baseball back as a nation and my son instantly took to watching it and wanting everything to do with it. It was my first watching of both The Sandlot sequels and I was pleasantly surprised by the third movie. I want to revisit it again because I’m worried part of my affection for it may be coming from watching The Sandlot 2 right before it, and that movie is not good. While I can recognize that The Sandlot: Heading Home is not a great movie, I can respect that it’s trying to do something different than the previous two movies while still trying to keep the heart of the original. It stars Luke Perry, who goes through a baseball version of A Christmas Carol after getting hit by a pitch, he has a chance to go back in time and right some of the wrongs he made in life. It stars a few members of the original The Sandlot cast that are awkwardly squeezed into the movie, but as far as sports themed kids’ movies go, I enjoyed it. 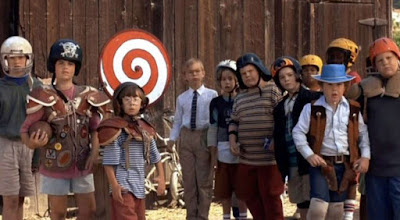 9) Little Giants (1994, Duwayne Dunham) The last time I saw Little Giants was when it first came out in 1994. I was 15 and was much more interested in Pulp Fiction than movies about a pee-wee football team. Watching it with my kids helped me appreciate it because I got to see how well it played for them. It’s a very typical '90s kids’ movie, complete with crotch shots and fart jokes and goes all-in on the lovable underdog theme.

8) Safety (2020, Reginald Hudlin) This is the newest movie on this list, released only on Disney Plus a few weeks ago. Safety is based on the true story of Ray McElrathbey, a Clemson football player who needs to adopt his younger brother. My son is very much into football now, and for a movie about football, it’s not really about football at all. Where my appreciation for Safety comes from is that it opened the door for my son and I to have a conversation about social justice and poverty. Being a middle class child, my son couldn’t understand how people didn’t have enough to eat, or why some people didn’t have dads. Safety isn’t a great movie, but where it succeeds is telling a very real story about what sports means to different people, and opening the opening the door to larger conversations to a younger audience. 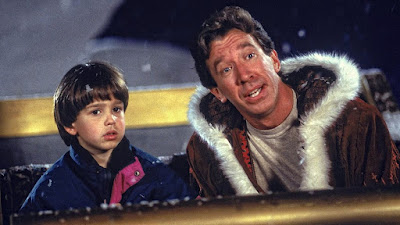 7) The Santa Clause (1994, John Pasquin) Chances are you have likely already seen The Santa Clause before, but I had not watched it since its initial release. I remember thinking it was fine at the time but what I appreciated more watching it now was its mixture of practical effects with the early days of CGI. As an added bonus, I was reminded how enjoyable Tim Allen once was to watch on screen.

6) Pokemon Detective Pikachu (2019, Rob Letterman) I wrote earlier this year in Growing Up Nerdy how my life has been consumed by my children’s love of all things Pokemon. Over the past year, I’ve managed to watched so many of the Pokemon movies and just about every episode of the show. Once I get through all of them, I’ll try ranking my favorites, but for now I appreciated Pokemon’s first attempt at live action. They do a nice job with the movie and effects and, after watching hundreds of cartoon versions of the creatures, it was fun to see artistically what they would look like in “real life.” Yes, it’s far from perfect, and will always have a special place in my heart for being the first movie I needed to Google an explanation of the completely nonsensical ending, but enough of it is good that I enjoyed it.

5) Harry and the Hendersons (1987, William Dear) For some odd reason, my kids became fascinated with Bigfoot and I thought this was a perfect opportunity to introduce them to a movie I loved as a kid. There is so much to like in Harry and the Hendersons; its funny and sweet and John Lithgow is awesome in it, but most of all it’s a movie that tells a story that went completely against the stereotype created by all the stories before it. My kids loved it and I was so happy to be watching it again years later. 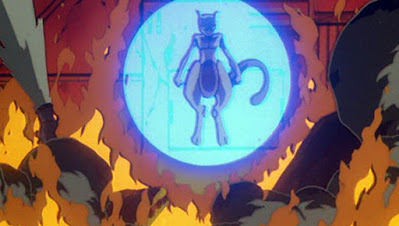 4) Pokemon: The First Movie (1998, Kunihiko Yuyama) Having kids, I have an increasing appreciation for movies with nice leading characters. Ash Ketchum is a driven, confident, yet flawed character whose strongest talent is being kind to others while trying to do the right thing. I wish that more movies and shows had characters like Ash. What makes Pokemon: The First Movie great is the introduction of one of the best fictional villains ever: Mewtwo. There is a reason why Pokemon has used Mewtwo so many times in movies and games; it’s because he’s a great. A genetic experiment by humans to create the perfect Pokemon only to have him become self aware and try to destroy humanity is a theme used before, but adding a cool design and powers makes him a great sci-fi character.

3) Twister (1996, Jan de Bont) I’m not going to talk too much about Twister since I wrote an entire column about it earlier in the year, but this movie is great. It’s an action movie wrapped in a horror movie, and is exactly what I love about big summer blockbusters.
2) The Sandlot (1993, David Mickey Evans) I hadn’t watched The Sandlot in years and was worried about the Goonies Derivation happening, where I wouldn’t be able to see its flaws. Having my son watch it, then watch it hundreds of times over and over and proceed to quote it with the kids at baseball practice, made me realize this is a movie that is going to be beloved for a long time. It’s a great movie, and one of the greatest sports movies ever, I’m just dreading the day when my son realizes Benny “The Jet” Rodriguez wasn’t a real baseball player. 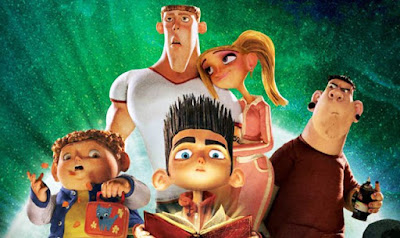 1) ParaNorman (2012, Chris Butler and Sam Fell) A Nightmare Before Christmas < ParaNorman. There, I said it. In the world of Halloween stop-motion movies, there are very few entries and I prefer ParaNorman. It’s beautiful and funny with an amazing story that I was so happy to introduce to my kids. I projected it Halloween night onto a screen on our garage as we sat outside eating S'mores. It played so well and has one of my favorite movie bits ever, where a guy tries to buy candy out of a vending machine during a zombie attack. It’s so good and if you haven’t ever seen it, I promise you won’t be disappointed.
Posted by Patrick Bromley at 5:00 AM

Email ThisBlogThis!Share to TwitterShare to FacebookShare to Pinterest
Labels: best of 2020, harry and the hendersons, paranorman, pokemon detective pikachu, the sandlot, twister