Ladies Behind the Lens: SEA FEVER 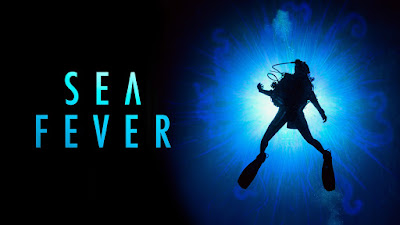 “What came of the things we once believed? All lost to the depths of an angry sea.”

So goes the chorus of a song by Foals called “A Knife in the Ocean.” This line, and the whole song really, came to mind as I was watching Neasa Hardiman’s sci fi thriller Sea Fever. She wrote and directed this film, a story about a neurodivergent scientist named Siobhan (Hermione Corfield) who joins the small crew of a fishing boat off the coast of Ireland. It’s meant to be a routine journey, but something unpredictable happens. If you want a completely spoiler-free experience, you can go watch it on Hulu and come back to read the rest of this review. Otherwise, I’ll dive (pun intended) into the plot and characters a bit further.

Something to know about Neasa Hardiman is that she once considered becoming a scientist herself, and she’s spoken in interviews about how Western culture tends to have a strangely cynical view of scientists. She set out to challenge this view, instead making a scientist the reluctant hero in her movie. But the other characters in the film do view Siobhan with a fair bit of suspicion, starting when they see her red hair and insist she wear a hat so their journey won’t be cursed. We get the sense that the people on this boat have been through a fair bit already, and they’re not going to take any chances even if it seems absurd to an outsider. For them, the sea is a means of survival—their livelihood depends on it. But it’s also dangerous in its unseen depths, and could take everything from them if things go amiss.

Take, for example, this exchange when Siobhan informs Freya (Connie Nielsen) that she plans to do a short dive as part of her scientific studies while on board.

“Do you dive?” Siobhan asks.

This ominous exchange sets the mood, although lest you think this is a grim film, that isn’t the case. A scene at night finds Freya staring wistfully out at the dark waves, practically giddy as she points out the bioluminescent glow emanating from beneath the water. Siobhan is quick with the scientific explanation, but Freya relays the legend of an immortal woman with glowing hair who sacrificed herself for her lover lost at sea. This moment tells us a lot about both characters, and it’s also a chance for some stunning visuals.

We get more dazzling visuals when Siobhan ventures underwater – and this time, the view is terrifying. Something has caught the boat and when she discovers what it is, the only human reaction is fear. The scientist in her wants to study and understand. The crew, in particular Freya’s husband and the ship’s captain, Gerard (played by Dougray Scott who will always be a prince to me after playing one in Ever After), want to dismiss what Siobhan thinks she saw and push forward. They have a job to do, after all. Best not to panic. But something is seeping into the hull of the vessel, and they’ve lost radio contact with the Coast Guard, and a couple folks on board don’t seem to be quite themselves. 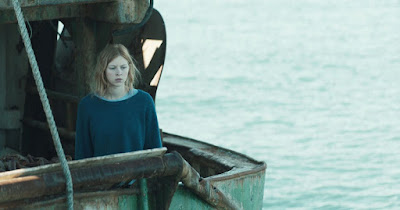 A creeping sense of dread seizes hold at this point, with ethical dilemmas and body horror and hypothetical scenarios that paint a very dark picture of their future. I’ll just say this movie reaffirms my thesis that nothing good can ever happen on a boat unless maybe you’re T-Pain. And when a question of quarantine comes up, you’ll probably wonder if Hardiman time traveled into the future to get inspiration for the conversation. It’s almost too relevant for the world today.

There’s an interview with Hardiman on YouTube where she says, “The most important thing we can do as people is to say, I may be wrong.” That idea of re-examining our beliefs permeates her film, as both the superstitious crew and the scientist have to face an unexpected scenario and realize that what they thought to be true may not be. There’s not enough of that self-examination going around these days. We’ve found ourselves in unprecedented (I hate that word, sorry) circumstances, and instead of hitting the pause button and re-thinking what we were sure of, we have this tendency to burrow further into our comfortable fictions of what the world is like.

Whether you watch this for the eyeball trauma or the philosophical underpinnings, you’re going to find it rewarding. And while I’m swearing off boats, I’ll happily climb aboard whatever adventure Neasa Hardiman helms next.
Posted by Patrick Bromley at 5:00 AM