Movies is Good: THE BEATLES ANTHOLOGY

Every few years as a die-hard Beatles fan, I find myself revisiting the Beatles own, execrable version of their story, The Beatles Anthology, which was first broadcast on ABC Television in the United States over three nights: Sunday, November 19; Wednesday, November 22; and Thursday, November 23, 1995. Each episode ran two hours with commercials, for a total of approximately four-and-one-half hours of mop-top fun.

HISTORICAL NOTE: The final installment of The Beatles Anthology, while garnering great ratings, did not manage to attract more viewers than a new episode of Friends on NBC, which attracted almost twice the viewers. Because the American people have PRIORITIES. 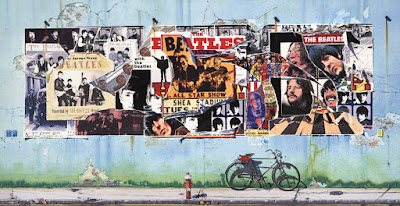 In 1996, the documentary was released on the VHS and laserdisc and significantly expanded, becoming eight episodes of approximately 75 minutes apiece, for a total of almost 11 hours. That’s a lot of Beatles. That’s the version (with a spiffed-up picture and greatly improved sound) that landed on DVD in 2003.

FULL DISCLOSURE: I am a rabid Beatles fan, but a begrudging Paul McCartney fan. I recognize that he was a prime reason the Beatles achieved their success; I do not enjoy his music as much as I enjoy that of John Lennon and George Harrison. I defy anyone reading this to listen to “Maxwell’s Silver Hammer” and not cringe just a little bit.