Songs I Love from 1990s Thrillers 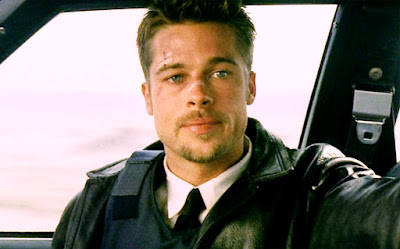 Shout out to Erika for picking this theme!

This cover of Bill Withers “Lovely Day” rules. It’s my favorite deep cut off The Bodyguard soundtrack which I listened to many times in the early ‘90s and so did you because we all got it from Columbia House. The music video is great. It’s what happens when you down a handful of Skittles and chase it with a Fruitopia. I like the dude at the 1:34 mark. He looks like me when I found out about all the Warner Bros. movies coming same day to theaters and HBO Max. I wish I could time travel to 1992 and chill by the pool with S.O.U.L. S.Y.S.T.E.M. Do you think they met Costner?

Another song reboot! This time it’s a cover of an Elvis classic from Sliver. I remember this movie came out the weekend of my 11th birthday and I got a birthday movie every year as a kid. I wanted to see Sliver but didn’t say anything because I couldn’t let my family know I was hot for Sharon Stone (I would have gotten “the talk”), so we went to see Hot Shots! Part Deux. That’s movie was fine, but I wanted to live in the sliv, ya know. Oh well. I ended up never getting the talk from my parents, but a sibling did give me one and told me basically “Don’t have sex.” They were wrong and I did later in life. If they ever do a biopic of the lead singer for UB40, they need to get de-aged David Caruso. P.S. The 3:07 mark of this video is a social distancing nightmare.

Song: “Can’t Take My Eyes Off You”
From: Conspiracy Theory
Artist: Lauryn Hill

I really like Conspiracy Theory (The Catcher in the Rye! Pudding!) but haven’t seen it in at least 20 years and now don’t know if I want to go back to it because of Mel Gibson. It’s Ransom all over again. Anyways, the movie really doubles down on the renditions of “Can’t Take My Eyes Off You” with not only this awesome cover by Lauryn Hill (I like how she says the title of the movie at 0:11 to rev up), but also the original by Frankie Valli. This is the type of song that 15-year-old me would be like “Next girlfriend I have, I’m putting this on a mix tape for her so she knows how I feel.” That type of thing never worked for me. When I would give a girl a mix she’d be like “Yeah, I haven’t listened to it yet.” All these years later I know now that instead of me putting a song like this on a mix for someone and hoping they would respond, I was really wishing that someone would put this on a mix for me because I know I would respond to it. Is that true of all mix tapes? It’s the whole Avatar “I see you” theory. What would you put on a mix for Jake Sully? That should be the Avatar 2 tagline.

Honestly, this isn’t even my favorite song from Fear – a truly ridiculous movie. That would be “Machinehead” by Bush. Even Bush knows it’s better because in the song they say they got a machinehead that’s better than the rest. I picked “Wild Horses” because this song played once in the bookstore at my college’s student union and I overheard a girl tell her boyfriend to stop talking because she wanted to hear it. I told my college roommate this and he thought it was so funny that for years when he would call me, he would start the conversation singing the words “Wiiiiiiillllld Horsesssss” and I would laugh every time.

Song: “Goodbye Horses”
From: The Silence of the Lambs
Artist: Q. Lazzarus

Felt appropriate segueing from “Wild Horses” to “Goodbye Horses,” the best tucking song ever put in a movie. This video is hypnotic; like something you’d see at an art installation and worry if you’re now possessed. It’s cool that Jonathan Demme collaborated with Q. Lazzarus musically for so many movies (Something Wild, Married to the Mob, The Silence of the Lambs, Philadelphia).

Let me just start by saying that I LOVE that this video begins with an intro by Matt Pinfield. Dude loves grunge and alternative just as much as I do! I miss him on the SiriusXM Lithium channel. He used to tell anecdotes like “So me and Chris Cornell were out at 2:30 in the morning looking for an all-night chicken joint…” Anyways, back to the song. It honestly tripped me out a little and not because it’s from Se7en. It’s because I think my Al Pacino impression is just as much the lead singer of Gravity Kills as it is Pacino. This song reminds me of last January when I went to the best moviegoing event of 2020 – the “It’s the Pitts” Brad Pitt Mystery Movie Marathon, at the Alamo Drafthouse, where we ended up watching Moneyball, Twelve Monkeys, Spy Game, Killing Them Softly and Se7en. It was an amazing day at the movies. I kinda want to do another “It’s the Pitts” from home next weekend and make in a January tradition.
Stay safe and healthy, everyone! If you have any songs you love from 1990s thrillers, be sure to leave them in the comments.
Posted by Patrick Bromley at 12:00 PM