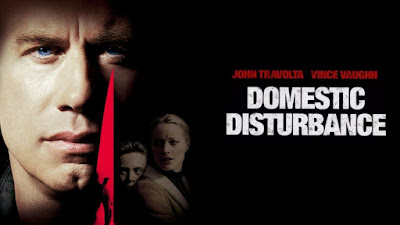 Nominated for Worst Actor (John Travolta) at the Razzie Awards. Guess who else was nominated? Kevin Costner, Keanu Reeves, Ben Affleck, and Tom Green (who won). It’s like The Razzies were deliberately attacking me that year.

• Best Scene/Moment: This was easy. It’s the scene where Vince Vaughn is losing his mind playing catch with Matt O’ Leary. I’ve had this experience many times playing catch as both a kid and an adult where one person can throw and catch, and the other person is kind of all over the place. It’s the type of scene that’s never in a movie (but so true to life) and I’m forever grateful this frustrating experience is committed to film in Domestic Disturbance.

• Best Food: John Travolta orders a cheeseburger, fries and a coke at a small-town diner. They didn’t have the Douglas Sirk Steak or Vanilla Coke.

• Best Song: Domestic Disturbance doesn’t have a lot of songs (it’s mostly score by Mark Mancina of Speed and Bad Boys fame), so I’m going to pick “Wedding March” by Felix Mendelssohn, which plays in the scene where Vince Vaughn and Teri Polo get married. You’ve probably heard it before!

• Best Merch Available on eBay Right Now: A “2001 Domestic Disturbance original movie Call Sheet” for $9.95. Did you know that John Travolta needed to be in hair and makeup at 1:00pm for a 3:00pm set call but Vince Vaughn didn’t need to get there until 2:00pm for his 3:00pm set call? You do now! This call sheet makes movies seem like a lot of work. Simply reading this was exhausting. 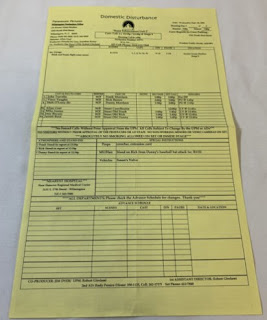 • Director Check: Domestic Disturbance was the last movie helmed by my boy Harold Becker, who was in his 70s when he directed the movie. If you haven’t treated yourself to this man’s filmography, you totally should. Even better than Domestic Disturbance of his work include the amazing Malice, Sea of Love and Vision Quest. He also made watchable trash (I say this as a compliment) like Mercury Rising and City Hall, which is the camp Domestic Disturbance belongs in. And he made Taps. I still need to see Taps.

I like this TV spot because it has multiple clips from scenes not in the movie and closes with a Travolta sucker punch to the camera that’s also missing from the movie. It feels like you’re really getting punched in the face!

• Mall Movie? No. It’s a Paramount Pictures release for grown-ups so it wouldn’t play at the mall.

• Only in 2001: MSN as the go-to browser for web searches and Matt O’ Leary’s character not having a cell phone to take a quick pic or record incriminating audio to prove his case that his step-dad (Vaughn) is a murderer. 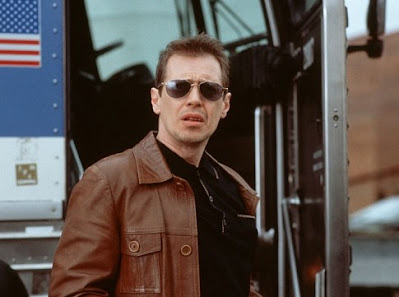 • I Don’t Miss: Movies dependent on the police acting stupid and not following up. Also, the movie ends on a remarkably careless note with Teri Polo’s character having a miscarriage (of her and Vaughn’s baby) and literally just shrugging when she finds out what happened. We’re supposed to leave the movie happy/relieved because he was a psycho. It’s a gross final beat.

• What I Thought in 2001: It was a guilty pleasure movie. I remember seeing it with one of my friends during Thanksgiving Break from college at the height of our Vince Vaughn fandom coming off of Made. That was the draw more than John Travolta, who I had cooled on temporarily because of his The General’s Daughter-Battlefield Earth-Swordfish run. I thought Domestic Disturbance was basic as hell (more so than Travolta’s 2003 movie Basic), but charmingly performed.

• What I Think in 2021: Domestic Disturbance has become a remote dropper for me over the years. It’s super generic but also easily rewatchable and well-made (besides the obvious ADR covering up the F word on several occasions for the movie to earn a PG-13 rating). Travolta’s great at playing a nice guy. Vaughn’s great at playing a villain. It’s 89 minutes of slick thriller schlock. What more could you want?
Posted by Patrick Bromley at 5:00 AM