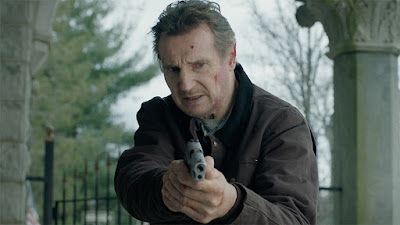 Can we get Liam a Netflix series, or something?


I don’t know Liam Neeson personally. We’re not friends. We don’t text. I assume he’s a decent guy. He has a solid reputation among Hollywood types, anyway. Maybe he cheats on his taxes and leaves his recycling unsorted. I don’t know. What I do know is that he’s done more than enough Taken knock-offs to earn him a decade’s reprieve from the DTV Action Dad subgenre. It’s not that they’re all bad movies — Run All Night, especially, has its charms — and the odd Ballad of Buster Scruggs or Widows is usually sprinkled in-between, but the Academy Award-nominated star of Schindler’s List — who clearly only works because he wants to — should be getting better scripts than Honest Thief. 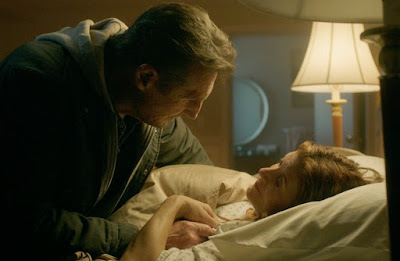 The sophomore feature effort of veteran producer Mark Williams, Honest Thief is a prime example of what I’m going to call a Redboxing Control Movie. I mean “control” in the scientific sense: A standard for comparison between elements in an experiment. A Redbox Control Movie is technically a movie. It empirically exists. Actors appear on screen, there are opening and closing credits, and the narrative has a beginning, middle, and end. Many RCMs have dialogue and a soundtrack, though that will not always be a requirement. What matters is that it meets the minimum criteria to qualify as a movie while not possessing any qualities that would make it stand out in any way, for good or for ill.

Neeson plays Tom Dolan, a bank robber better known (seriously) as The In-and-Out Bandit. He’s precise, exacting, and leaves no evidence behind. His world is turned upside-down, however, when he falls for Annie Wilkins (Kate Walsh), who believes him to be an everyday, mild-mannered safe specialist. When Annie accepts his offer to begin a new life together, Tom decides to come clean to the authorities, return the money he stole (He’s never spent a dime), serve an abbreviated prison sentence, and move on with a clear conscience. But when corrupt FBI Agents Nivens and Hall (Jai Courtney and Anthony Ramos, respectively) boost the cash, Tom must go to extreme measures to clear his name.

Again, Honest Thief is technically a movie. Co-writers Williams and Steve Allrich have definitely read screenwriting books. They definitely know that characters are supposed to have motivations, that drama needs to deepen and intensify over the course of a narrative, and that action movies should have, you know, periodic scenes in which people shoot at each other. What they’re missing is the nuance of craft that allows characters to express themselves in anything other than long, flat, expository monologues. “I am being affected by the drama in this way,” one character seems to say. “My concern is that this drama will continue to affect us,” says another. The book says, “Tell; Don’t show,” right? 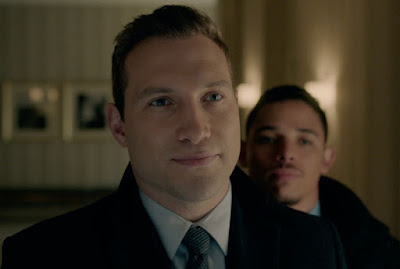 This lack of dramatic depth obviously saves the audience from having to think too hard about a plot, but Honest Thief’s bigger issue is that it also robs us of any real investment in the would-be drama. Liam never seems all that worried, so why should we? The protagonists in Honest Thief do incredibly stupid things — like when Tom hands keys to a storage unit full of cash to FBI agents without insisting he accompany them there, or when Annie (who manages the storage company) lets them rob it with impunity — but the movie keeps insisting we root for them, anyway. Jeffrey Donovan’s FBI honcho guy even knows his subordinates are dirty, but all he really does is wish Tom luck murdering them in cold blood.

Because, remember, Tom is a good man. He’s complicated, and he’s made mistakes, but that doesn’t make him a villain. He didn’t lie to Annie about being a bank robber; it was more like a sin of omission. He only robbed those banks in the first place because his dying father’s pension was stolen by a corrupt CEO while Tom was off fighting the rich man’s war. He didn’t even spend the money he stole. Nor has he ever killed anyone. Hell, he was only trying to turn himself in so he could do right by Annie. One of the core tenets (*intertwines fingers*) of a good RCM is that there is absolutely no moral ambiguity of any kind, and Honest Thief is just the nakedly-empty vessel for that particular job. 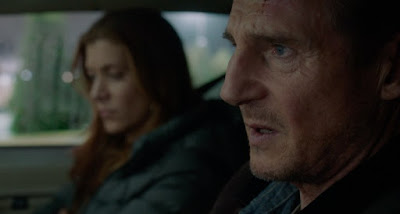 And so, if Honest Thief is to serve any kind of function, it will be as a Redboxing Control Movie, a work representing the absolute medium of quality, a baseline axis along which other movies can be set in order to measure relative entertainment value. If an RCM candidate stars actors we normally enjoy, they must be as uninvested as the cast of Honest Thief. If an RCM candidate employs familiar genre tropes or character archetypes, it may not subvert them or play them with anything but the utmost sincerity. If an RCM candidate has the gall to feature a shootout, it must be between two shooters separated by no more than six feet of interior carpet. We wouldn’t want to make things too exciting, would we?
Posted by Patrick Bromley at 5:00 AM