10 Underappreciated Movies I Love from 1988 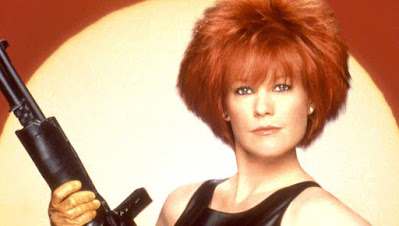 Some movies you should seek out during 1988 week!
It was a great year for movies that we're celebrating this week at F This Movie! in the lead up to #FThisMovieFest. There were recognized classics. There were great genre movies. There were also great movies that kind of fell through the cracks, relegated to cable TV replays and VHS also-ran status. Those are the movies I want to highlight with this list: the ones that haven't gotten quite enough love over the years. 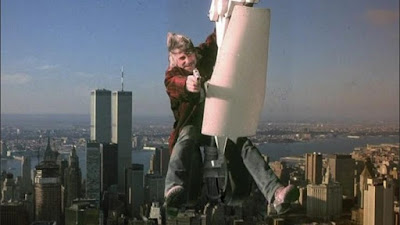 This terrific buddy action movie (which is also known internationally by the much, much better title Blue Jean Cop) from great "that guy" director Glickenhaus casts Peter Weller as a lawyer and Sam Elliott as a cop working together to bring down police corruption in New York. Two great performances and some stellar setpieces highlight this underappreciated actioner, including a memorable sequence on a roller coaster and a finale that finds Sam Elliott hanging from an airplane in flight. They don't make them like this anymore.
2. Shoot to Kill (dir. Roger Spottiswoode) 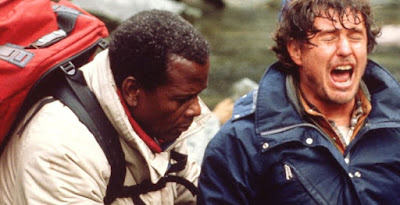 Taut, tense thriller in which Sidney Poitier (returning to acting after 10 years) chases a killer into the mountains, requiring Tom Berenger to act as his guide. Great wilderness scenery and genuine surprises highlight this one, plus a great cast of "that guy" actors including Clancy Brown, Richard Masur, and Andrew Robinson. I feel like this was hard to come by for a number of years, but there's a decent DVD (still no Blu-ray) available for pretty cheap.
3. Casual Sex? (dir. Geneviève Robert) 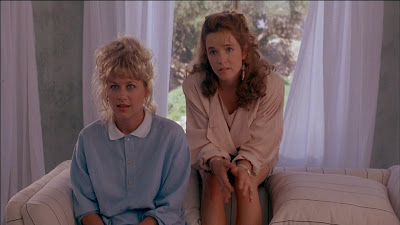 I've been beating the drum for this romantic comedy to anyone who would listen since I was a kid, usually making the argument that you have to look past the stupid title to get to what is a truly special little movie. Based on the stage play by ?? and ??, Sex tells the story of two best friends (Lea Thompson and Victoria Jackson) who take a vacation to a health spa in the hopes of finding a partner after years of being unlucky in love. While certainly a product of its time -- not just the health spa stuff, which is right at home in the health craze of the '80s, but also the spectre of AIDS that hangs over the proceedings -- Casual Sex? is the rare romantic comedy that doesn't telegraph its ending from the opening moments. I wouldn't dream of giving it away, but I love where the movie ends up so much. "Yeah, that's my boyfriend."
4. Jack's Back (dir. Rowdy Herrington) 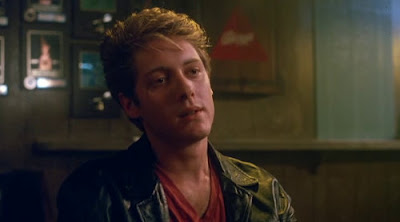 Serial killer thriller in which James Spader plays a pair of twins investigating a killer who appears to be the second coming of Jack the Ripper. Rowdy Herrington has always been an underrated "that guy" filmmaker, here giving us a film with a number of big surprises and not one but two interesting Spader performances. A recent double feature of Tuff Turf and Jack's Back confirmed Spader as one of my favorite actors, particularly in the '80s and '90s before he began working primarily in TV.
5. Monkey Shines (dir. George A. Romero) 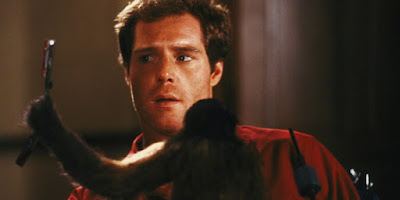 Almost any George Romero movie without the word "dead" in the title is underappreciated (and some of those are, too). This one is less scary and less political than Romero's zombie output, but it's an effective psychological thriller about a quadriplegic man (Jason Beghe) whose helper monkey begins acting out the man's darkest wishes. Romero is capable of making a bad movie (see Diary of the Dead) but not one that's uninteresting; Monkey Shines is neither. Romero has become one of my absolute favorite directors, and while I wouldn't count this among my favorites of his, it's certainly an honorable mention.
6.  Permanent Record (dir. Marisa Silver) 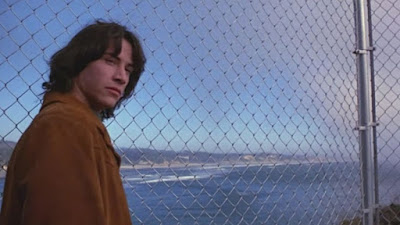 One of the best high school movies ever made, starring a young Keanu Reeves as the best friend of the most talented and popular kid in school who one night (SPOILERS) kills himself without any explanation. Haunting, sad, and honest, with great performances all around (this and River's Edge were movies I pointed to for years when people claimed Keanu couldn't act). I don't revisit this one as often as I'd like because it's a tough watch for me, but it's a great movie that more people need to seek out. I will never not cry hearing Jennifer Rubin sing "Wishing On Another Lucky Star." And then again hearing it over the end credits. And then again when I think about it. Everything about this movie makes me cry.
7. Mystic Pizza (dir. Donald Petrie) 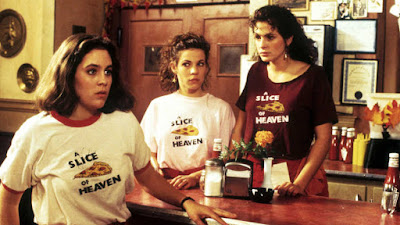 Sisters Annabeth Gish and Julia Roberts and their friend Lili Taylor experience life and love as they come of age in New England. A charming, small movie with star-making performances from the three leads and some truths about romance and heartbreak and growing up. I loved this movie even as an 11-year old kid, which didn't make me popular with the other boys at school.
8. Cherry 2000 (dir. Steve de Jarnatt) 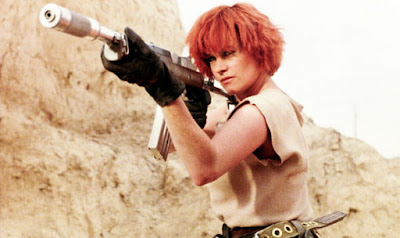 Post-apocalyptic oddball in which Melanie Griffith plays a tracker who accompanies a man (David Andrews) across the wasteland to find himself a new robot girlfriend after his shorts out. Shot in 1985 but shelved for three years, Cherry 2000 is such a weird mix of genres and tones that I understand why a studio wouldn't know what to do with it. It's a movie that stars both Brion James and Tim Thomerson but somehow neither Albert Pyun nor Charles Band had anything to do with it. I love that Griffith had this released the same year she would nominated for a Best Actress Oscar for Working Girl.
9. Satisfaction (dir. Joan Freeman) 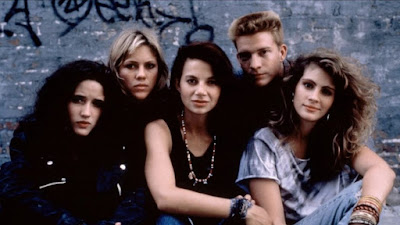 Is it underappreciated? No. Is it probably appreciated the exact right amount, which is to say not very much? I think so. Is it very good? No. Do I still genuinely love it? Of course. Does it star Justine Bateman as the leader of a mostly-girl rock band (which also includes Julie Roberts on bass, Britta Phillips on guiter, Trini Alvarado on drums, and Scott Coffey on keyboards) having One Crazy Summer? Exactly. Does Justine Bateman perform all her own singing? You bet. Does she have a good voice? Not quite. Was the movie such a stinker that NBC changed the title to Girls of Summer when they showed it on TV? That's right. Did I once write an impassioned letter to 20th Century Fox to get it out on DVD? I did. Was it eventually released? It was. Will Disney be putting out a Blu-ray? No chance. Should Kino Lorber? I think so. Would I record a commentary? You bet.
10. The Prince of Pennsylvania (dir. Ron Nyswaner) 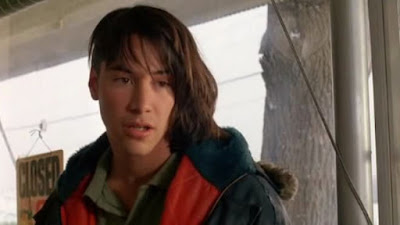 Another early Keanu vehicle (between Permanent Record, The Night Before, and this movie, he had a very good 1988, just a year before his star really took off with Bill & Ted's Excellent Adventure and Parenthood) in which he plays Rupert, a punk kid, his head half shaved, who decides to kidnap his prick of a dad (the great Fred Ward) to raise money so he can finally be with his older girlfriend, played by Amy Madigan. A quirky comedy/character piece with a strong sense of place and a good cast all doing strong work, led by Reeves at his most lovably daffy. Such a Keanu fan have I been my whole life that this was an early VHS I owned when I was first building my movie library; it still hasn't made it to Blu-ray.
Happy 1988 Week, everyone!!
Posted by Patrick Bromley at 5:00 AM