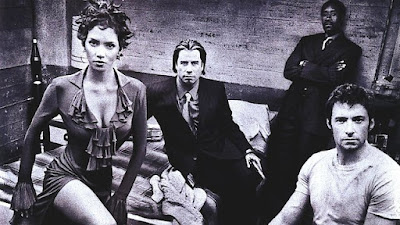 Nominated for “Choice Movie Your Parents Didn’t Want You to See” at the Teen Choice Awards.

• Best Scene/Moment: Don Cheadle and Hugh Jackman get into a foot chase that ends with them tumbling down a really steep hill. 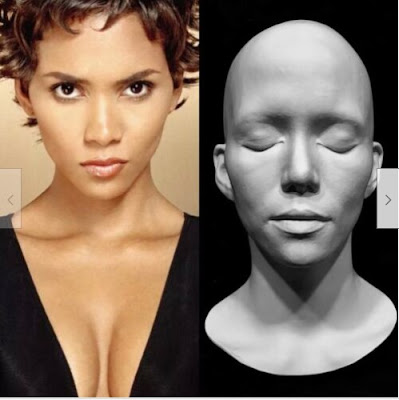 • Best Merch Available on eBay Right Now: A “Halle Berry Life Mask ” for $75.00. Think about all the Mission: Impossible shenanigans you could get into with this!

• Director Check: Swordfish was directed by Dominic Sena, who, prior to his film directorial career, was a prolific music video director working with artists like Janet Jackson and Richard Marx. His directorial debut was Kalifornia, starring Brad Pitt and Juliette Lewis. After several years off, Sena made the Nicolas Cage remake of Gone in 60 Seconds and Swordfish in back-to-back years, both films feeling somewhat influenced by the then-current juggernauts of Jerry Bruckheimer and Michael Bay. Sena had another break after Swordfish until 2006 with 13 Graves (which I have not seen) and then Whiteout starring Kate Beckinsale. His most recent film is another Nicolas Cage actioner, 2011’s Season of the Witch. Patrick, how’s Season of the Witch? I never got around to seeing it.

• Year 2001 Movies to Trailer Before It: Driven, Exit Wounds, The Fast and the Furious

Here’s the trailer for Swordfish, which is just okay up until the end when a sexy robot voice announces the cast and the film’s title. It’s like “Oooh. What’s this about? Do I want to see Swordfish?”

• Only in 2001: I have a list – 1. Piss/Pea Soup/Bleached Matrix-hued color timing; 2. Vinnie Jones; 3. Everyone’s dressed in formal attire, but they still look like if Skittles and Mountain Dew were people; 4. All the tech being on-prem and not in the cloud; 5. A character named Stanley Jobson; 6. IKEA and Survivor jokes. 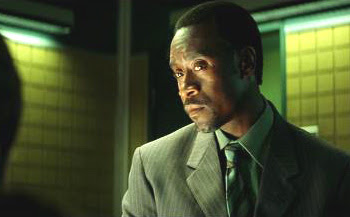 • What I Think in 2021: It’s certainly trash, but blessedly short and knows exactly what it is. It’s not quite a guilty pleasure but it’s super watchable. I like (and by that I mean I don’t really) the opening monologue by John Travolta where his character takes Dog Day Afternoon to task, which takes balls since the movie you’re about to watch is Swordfish.
Posted by Patrick Bromley at 5:00 AM