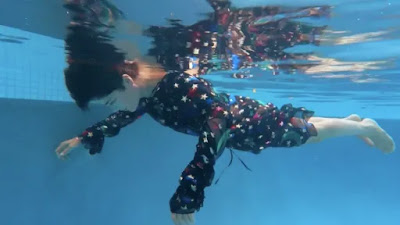 As if I could love Selma Blair more.

I have been a fan of Selma Blair the actor since she first really came on my radar in 1999's Cruel Intentions. She absolutely stole that movie from her co-stars with a performance that was goofy and adorable and very, very funny. I've been a fan of her ever since, whether it was generic supporting performances in comedies like Legally Blonde and The Sweetest Thing, her deadpan sardonic lead on the short-lived sitcom Zoe, Duncan, Jack, and Jane, her vampier superhero turn in Guillermo del Toro's two Hellboy movies, or her utterly fearless performance in Todd Solondz's Storytelling. Blair has always been for me an actor that improves any material she encounters and makes any project better by virtue of her participation.

Having now seen Introducing, Selma Blair as part of this year's SXSW film festival, I can safely say that I'm an even bigger fan of Selma Blair the person. The documentary chronicles the actor's battle with Multiple Sclerosis from 2018 to now, including the stem cell transplant she received in Chicago in 2019. It is as raw and unfiltered look at a celebrity's life as I've seen, in large part because it has very little to do with celebrity and everything to do with what it means to live with an MS diagnosis. That's not to say that celebrity doesn't factor in to the film; Blair is among the only 3,000 people to have received the stem cell treatment because of the money and access that a career in Hollywood has afforded her, a point that's only implied in the film. But this is not the story of what effect MS has on a movie star -- it's about the effect the disease has on a human being. It is powerful, heartbreaking, and ultimately inspiring. 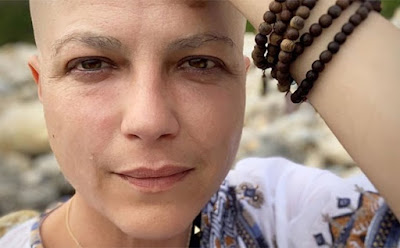 From its opening moments in which Blair monologues while making herself up, comparing herself to Norma Desmond, to its final scenes of Blair floating in her pool having found a kind of peace, Introducing, Selma Blair shows the actor facing her disease the same way she approached so many of her film roles: with sardonic, biting humor and a refreshing fearlessness. It's not all jokes, though. She breaks down. She is afraid. She worries for the future of her young son Arthur. She's in pain, both physical and psychological. And yet she perseveres, finding ways to normalize her disease, whether it's walking the red carpet with a self-described "fashionable" cane or letting her son shave her head so he won't be afraid when he sees her without hair following the intensive chemotherapy that comes as a part of stem cell treatment. I love the way she has made the choice to live with the disease instead of being defined by it, even when that's not necessarily easy. Disease has a way of wanting to take charge and call the shots. Blair, a self-professed "supporting player" in her career, refuses to take second billing to her diagnosis.

Introducing, Selma Blair is a tough watch at times. Our hearts break for the actor, and for anyone living with this kind of debilitating autoimmune disease. But Selma Blair doesn't want our pity, just as she's never shown to be pitying herself. She is incredibly brave and incredibly strong, and this documentary is a testament to that strength, both in Blair's day to day life and in her willingness to put it all on camera. We as viewers may feel powerless to help Selma Blair, just as she feels powerless in her weaker moments. What we can do is to see her and hear her story, to draw inspiration from her, and to appreciate our own lives in the time we have left. Some days we may not want to leave the house. Some days we'll want to swim. Selma Blair would want us to swim.