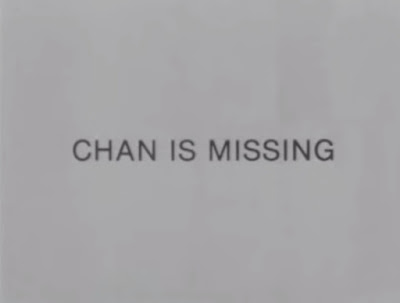 This mystery is appropriately Chinese.

In the third act of Wayne Wang's neo-noir, Chan Is Missing, Steve says, “Why you trippin' so heavy on this one dude?” Jo responds in a somewhat exasperated tone, “Because he's my friend.” That's not entirely true. The titular Chan is an unseen man that has caught the attention of Jo, not only because Chan ran off with his money, but because the story of Chan turns out to be a parable about Chinese people. “What’s not there seems to have just as much meaning as what is there. Nothing is what is seems to be. I guess I’m not Chinese enough.” Jo wraps the film up succinctly.

Chan Is Missing is an ultra-indie, noir-comedy co-written and directed by Wayne Wang (Slam Dance, The Joy Luck Club, Maid in Manhattan). It stars Wood Moy as Jo and Marc Hayashi as Steve, an uncle/nephew team of entrepreneurs who want to sub-lease a cab license from an independent owner in San Francisco's Chinatown. The catch is that the two men have to pay in cash – $4,000 to be exact – and have gone through a middle man named Chan Hung who has since disappeared. This is where the film opens, just after a montage of the Chinatown streets and its people set to a parody version of “Rock Around the Clock” with lyrics about the hardships of Chinese economics sung in Mandarin. 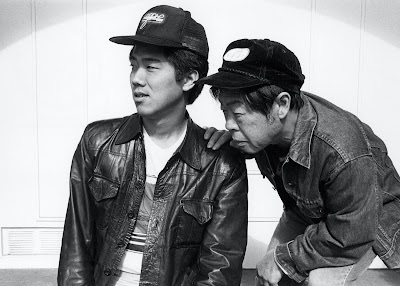 As these two American-born sons of Chinese immigrants begin their investigation into the disappearance of their money man, we're immediately integrated into an anthropology class about Chinese immigrants and the differences and conflicts between those from China's mainland (the PRC) and those from Taiwan. “F.O.B. Fresh off the boat.” sneers Jo. “They didn't come off a boat. They came off jumbo jets.” The differences between Jo and Steve are somewhat representative of the differing factions of the Chinese immigrants spoken of in the film. You have immigrants who come to America and immediately want to assimilate to a new culture (Steve), whereas others come and want to keep their traditional Chinese way of life (Jo). While Jo isn't entirely conservative in that way, he's more interested in the history and traditions from which he came than his nephew. The common thread between the two types of immigrants, though, is this: they only want to prosper and not have to fight to live.

The two entrepreneurs' investigation leads them all throughout Chinatown where we meet several interesting characters. Like any good mystery or noir, each character we meet leads us a little closer to the subject for whom we're searching. First we meet a young law student who was supposed to represent Chan in a court appearance for a minor car accident. She's a fast-talker who loses Jo and Steve halfway through her dissertation about Chinese linguistics and how it compares to the English language. We're then led to the kitchen of The Golden Dragon, where we meet a cook who always wears a “Samurai Night Fever” t-shirt, chain smokes, and constantly sings “Fly Me to the Moon” while cooking order after order of sweet and sour pork. We learn he and Chan studied aeronautical engineering together at university in China, moved to America, but neither could find work. “Americans don't want you to work in aeronautical engineering. They want you to make spring rolls,” bemoans the cook, hitting us with hard truths. 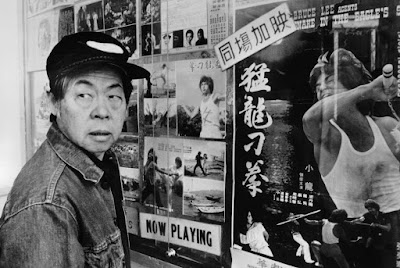 We end up meeting Chan's wife and daughter, an instance where one person has assimilated and one hasn't. “He's too Chinese,” snarks his wife, who left her husband a year ago. Chan's daughter says point blank, “Mom adjusted. Dad didn't.” Jo agrees. “Chinese are concerned about their dignity, this guy has too much pride.” Jo and Steve go to the Newcomers Language Center where we're treated to another crash course in Chinese-American social sciences. Just like any good detective story, we're treated to excellent narration from Jo throughout. The language instructor pointedly talks about the best way to have a parade is to have conservatives on one side of the street and liberals on the other. In his narration, Jo quips, “You forgot one thing: politicians walk down the parade and shake hands with people on both sides.”

At 80 minutes, the film is jam-packed with mystery, comedy, and history. What I've written above is just the tip of the iceberg of what you'll get in this proto-mumblecore film with a touch of documentary. While I assume this film is meticulously scripted, you'd never know by the improvisational quality of the actors, especially the scenes with Moy and Hayashi together (which is most of the movie). Between the use of a handheld camera, the black and white photography, the obviously-stolen-shots on the streets of Chinatown, and the casual conversations you see the influence of Woody Allen (Manhattan) and Claudia Weill (Girlfriends). And I wouldn't doubt if Andrew Bujalski (Funny Ha Ha) or the Duplass brothers (The Puffy Chair) also pulled some inspiration from Wang. 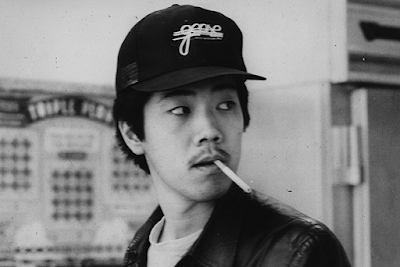 It is absolutely criminal that this movie doesn't have a beautiful Blu-ray release. You can buy a stupid-expensive out of print DVD or you can find it on YouTube. I don't normally like pointing people in that direction, but if it's basically the only option, and it's a movie you have to see (which this is), go for it. Especially during this time in our country, Chan Is Missing is poignant as ever while also a thoroughly entertaining mystery. After their investigation has wrapped up, Jo is speaking with another friend who says, “Everyone sees us differently.” I wish that were never the case.
Posted by Patrick Bromley at 5:00 AM