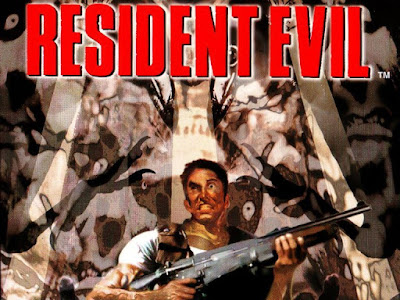 Would the zombie godfather have survived Raccoon City?

This March marked the twenty-fifth anniversary of Shinji Mikami’s Resident Evil, the landmark video game that helped codify the aesthetic of the “survival horror” genre for an entire generation. Drawing heavily from films like The Shining, the first Resident Evil game emphasized an atmosphere of dread in its gameplay through pre-rendered backgrounds, immersive sound design, and unprecedented levels of violence and gore as it set the player on a quest to escape a secluded mansion full of unspeakable terrors. Resident Evil’s unexpected success has since spawned sequel games, literary adaptations, a line of collectible toys, and a major motion picture franchise helmed by Paul W. S. Anderson. Resident Evil’s journey to the screen, however, began much earlier than some may think: After an initial screenplay draft from Alan B. McElroy (Halloween 4: The Return of Michael Myers) went nowhere, CAPCOM turned to zombie cinema’s original mastermind: George A. Romero. 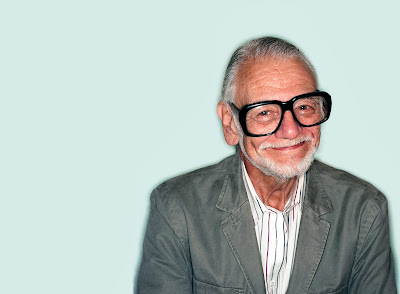 Though not a gamer, the late maestro had made friends at CAPCOM after directing a Japanese promo trailer for Resident Evil 2. Mikami acknowledged the Night of the Living Dead creator’s influence on the franchise and hired Romero to write and direct an adaptation for Constantin Films. His 1998 first draft is certainly more faithful to the source material than Anderson’s released version (Romero apparently watched his assistant play the game to draw inspiration), but longtime Resident Evil fans will notice some differences. His story begins on the outskirts of Raccoon City, a rural Pennsylvania town nestled among the Arklay Mountains. There we meet Chris Redfield, a farm boy with a deep spiritual connection to the land around him. Sensing a change in the air that he can’t quite identify, he returns to the bed of his taciturn lady friend, Jill Valentine. Jill’s harder-edged than Chris — a loner with a secret. Still, something’s there, something brutally interrupted when all hell breaks loose.

In a flash, special forces teams are cordoning-off Raccoon City in response to a laboratory disaster under an abandoned estate. At their head is the steely Albert Wesker leading a cast of fan favorites like Barry Burton, Rebecca Chambers, Brad Vickers, and -- you guessed it! -- Jill Valentine. The team mows a path through blood-thirsty zombies and rabid canines onto the disused grounds of old Arklay place, wherein Wesker reveals their true objective: Rescue Dr. John Marcus, the scientist who developed the deadly T-Virus. Meanwhile, after finding his family farm in shambles, Chris Redfield traces the sound of gunshots through an underground tunnel system straight into the S.T.A.R.S.’ path. As the mismatched team descends deeper into hell, they battle a colorful lineup of vicious apes, killer plants, and zombified scientists. Will they find Dr. Marcus? What is Wesker’s secret agenda? Will Barry save our heroine from becoming a Jill sandwich? That’s a joke for no one! 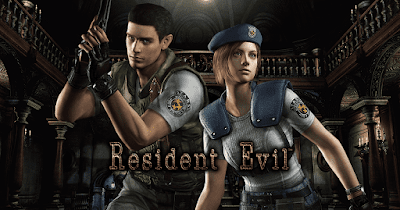 Though Romero takes care to incorporate as many familiar Resident Evil monsters, locations, and characters as possible, this draft is frustratingly light on scares. It’s more action-oriented, really, relying on team energy and banter straight out of Aliens. Rarely are characters cornered as helplessly as a Resident Evil player may have been -- low on ammo and terrified of what’s behind the next door. Instead, our heroes spend most of the film crashing (sometimes literally) from encounter to encounter, slowly being picked-off in order of narrative importance. Trite and disappointing though that may be, it’s honestly understandable; Romero is writing a studio picture in 1998, less than a year after high-concept actioners like Air Force One, Face/Off, and The Fifth Element were running-and-gunning their way to box office glory. The early Resident Evil games are about exploring locations, managing inventories, and solving puzzles. Not exactly cinematic stuff, so we can forgive a little embellishment in service of the audience.

Romero’s most dramatic change, of course, is reworking rugged S.T.A.R.S. leader Chris Redfield into a doe-eyed, granola-fed wanderer. This would have pissed off early-internet fanboys to high heaven, but it’s actually a solid dramatic pivot. As Resident Evil’s playable characters, Chris and Jill serve identical narrative purposes, and the differences in their storylines are minor compared to those between characters in future games. Furthermore, developing a romance between them not only satisfies the wishes of Tumblr’s most ardent slash authors, but it creates a real contrast in their characterization leading to a solid bit of tension in the last act. This isn’t to say that any of the characters in Resident Evil approximate the language, emotion, or interpersonal behavior of real human beings, but Romero was clearly trying to play to his strengths by creating drama within his group of survivors. Further drafts may have developed this beyond cliche, but it’s hard to tell. 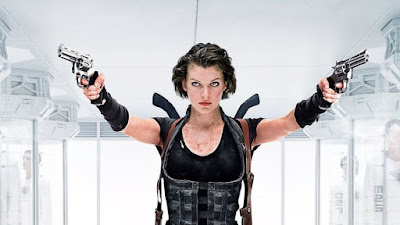 CAPCOM ultimately found Romero’s work unfilmable, citing a potential NC-17 rating and untenable production budget when announcing his removal from the project. Though it’s hard to lament this draft’s failure to come to the screen, it’s worth noting that Romero’s blue-collar ethos would have gelled with the Resident Evil sequels’ anti-corporate messaging if he’d been given a chance to flesh out a series. He’d eventually return to the zombie genre with 2005’s Land of the Dead, and Resident Evil -- starring Milla Jovovich as canon foreigner “Alice” -- would debut in 2002 and spawn six sequels, some so batshit insane that they border on Dadaist experimentation. Netflix is set to premier two Resident Evil series in the next year, but the franchise’s future is really back on consoles, where Resident Evils 7 and 8 have re-emphasized horror and atmosphere in a claustrophobic, first-person playstyle. In the end, what felt like a missed opportunity for Romero might really have been a dodged bullet for us all.
Posted by Patrick Bromley at 5:00 AM