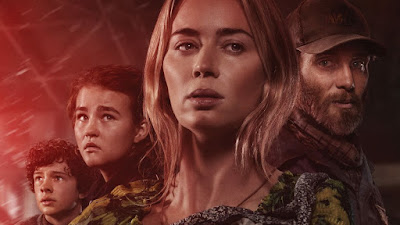 It’s truly bizarre to finally be talking about John Krasinksi’s A Quiet Place Part II, a film initially slated for release the same week that global COVID-19 lockdowns began in earnest. Hell, we’ve been waiting for this film roughly as long as its characters have been living in the titular quiet place, a world rendered barren by an invading force of blind aliens — Yup, this one confirms that they’re aliens — who viciously attack anything that makes even the slightest of sounds. The film’s belated release can’t help but carry even greater weight in light of recent changes to U.S. safety regulations that hint at an imminent end to our collective trauma. We are all the Abbott family, it seems, a haggard group of survivors taking our first timid steps back into a world long believed to be uninhabitable. We’re counting on these delayed 2020 blockbusters to recalibrate our social barometers and remind us that, though things may never return to normal, we haven’t lost ourselves entirely. 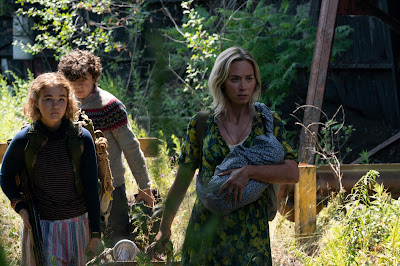 After a brief prologue recounting Day 1 of the invasion (a nice excuse to work Krasinski’s deceased Lee back into the mix), A Quiet Place Part II picks up immediately after Evelyn (Emily Blunt) and Regan (Millicent Simmonds) successfully defend their farm from a horde of beasts. Creatures? Monsters? No one ever gives them a name. You know what? They’re clickers. They’re basically clickers from The Last of Us, so I’m calling them clickers. Anyway, the Abbotts — including Noah Jupe’s Marcus and his newborn baby brother — emerge from their long night to find their home destroyed. Inspired by her father’s sacrifice, however, Regan resolves to complete his mission to establish contact with the rest of the world. She and Evelyn lead the pack to a disused steel mill occupied by Emmett (Cillian Murphy), a family friend so overcome with grief that he’s lost any hope for the future. Undaunted, Regan sets out alone in search of an errant radio signal that she can use to repel the clickers once and for all.

In many ways, A Quiet Place Part II is most remarkable for what it doesn’t do. Unlike many sequels to unexpected genre hits, it limits expanded worldbuilding and deepened lore, instead remaining mostly focused on the characters we’ve already gotten to know. This is very much a Part II — a continuation of their story from the original film. Krasinski must have been tempted to flesh out his universe and provide answers to each and every one of the internet’s logistical questions, but he made the wiser choice and stuck to his central metaphor: the everyday perils of family life. Now without their patriarch, the Abbotts are bickering and listless, with Evelyn struggling to ensure their future together. And though Cillian Murphy initially feels like an ersatz Krasinski — a rugged father figure whose poor coping strategies give the film emotional stakes — his character quickly cedes the spotlight to Millicent Simmonds’ Regan, who is instead driven by purpose born of her growth in the original film. 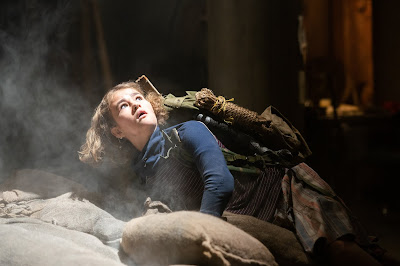 Krasinski carries over A Quiet Place’s formal aesthetics, as well, employing the same finely-tuned sound design and parallel action structure to create horror beats that land even stronger now that the deaf Regan is our main point-of-view character. Simmonds is wonderfully self-assured in her elevated role, allowing Regan’s guilt and angst to shift organically into a defiant defense of her father’s legacy. Noah Jupe grows in his part, as well, with Marcus taking point on infant care after suffering a debilitating injury early on. Surprisingly, it’s big-screen badass Emily Blunt who is sidelined the most; her Evelyn is tasked only with retrieving a few items before returning to the mill for the final showdown. She did just give birth, of course, and it’s in keeping with the series’ themes that she takes a backseat to the children in whom she and Lee invested so much to raise. If anything, it’s just one more example of Krasinski resisting the urge to go Big Hollywood Sequel with his quirky little horror movie.

There are times, however, when Krasinski’s impulse to keep things small conflicts with his dramatic goals. Cillian Murphy’s Emmett maintains that the world’s remaining survivors are not the kind of people worth saving, a cynical (though understandable) argument that comes to fruition when he and Regan are accosted by a group of savage wanderers. That concept is never fully explored, however, and our heroes subsequently make their way to — and are soon forced to defend — a peaceful island community led by Djimon Hounsou before any philosophical discussions on the merits of humanity can come to a conclusion. Moral ambiguity isn’t really in A Quiet Place’s wheelhouse, and Krasinski’s attempt to half-heartedly toy with those ideas distracts from a story already struggling to keep its late-game focus on the characters who matter. With Part II clocking in just over ninety minutes (another achievement for a hotly-anticipated sequel), every second needs to be spent efficiently. 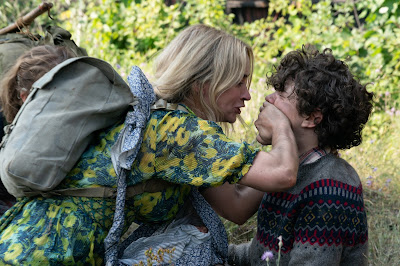 Still, A Quiet Place Part II succeeds in the ways it needs to succeed, concluding with a new status quo from which future sequels (and there will be future sequels) can build. Through intelligent, emotionally-resonant writing and confident direction, John Krasinski is codifying his standing as a new genre auteur in an age when our media diets are becoming more diffused and appointment releases are less common. Who knows if he’ll set his sights elsewhere with his next project, but here’s hoping that the team behind Part III continues to think small and retains the tactile energy of these early entries. The fear is always that we’ll get into Purge territory, a franchise concerned more with riffing on its novel premise than with characterization or continuity. It works with some properties, of course, but there’s little to be gained by creating a Quiet Place cinematic universe that forgets what made it work to begin with. As Krasinski clearly knows, less is very often more than enough.
Posted by Patrick Bromley at 5:00 AM