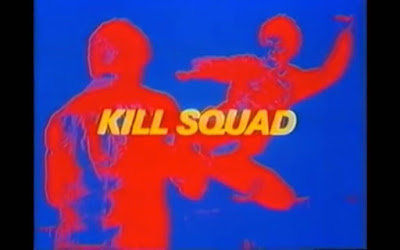 While the choices for movies to watch on vigilante day are plentiful, there's only one that features a scene where a man falls off a five-story building and not only survives, but walks away completely unscathed. If there's time for only one movie on this day, I suggest you get to YouTube and watch the sub-par VHS rip of Patrick G. Donahue's Kill Squad.

To fully appreciate the the batshit insanity of Kill Squad, I think it's important to fully appreciate Mr. Donahue's batshit filmography as director. Like many of this era (“era”), he began in pornography with a film called Passion Procession under the pseudonym G. Padon. Donahue followed Kill Squad up with a Troma picture called They Call Me Macho Woman! about an innocent city girl who's kidnapped, tortured, and then transforms into a revenge-seeking badass. That was followed by Parole Violators, about a TV show host who seeks revenge when his girlfriend's daughter is kidnapped by an ex-con he helped put away. And three years later, we get Ground Rules from Donahue, about a sport involving motocross teams armed with chains and metal claws and armor starring Frank Stallone and Richard Lynch. What I'm getting at is that to fully appreciate Kill Squad, you have to understand that this is Mr. Donahue's “best” movie. 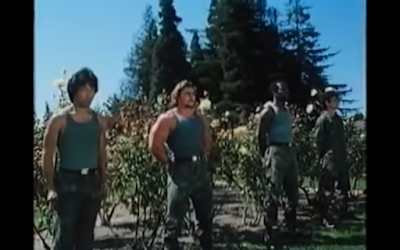 Having had zero clue as to what I was about to watch, I was befuddled when the film opened with a song in the introduction of the employee training video you'd watch at your new hourly job in 1982. As it turns out, the entire score is just that – the soundtrack to said employee training video. All the more outlandish is that this is the score which accompanies a movie about professionals killers taking the law into their own hands. That isn't to say it isn't a banger of a score. Composer Joseph Conlan (NCIS, Simon and Simon, The Equalizer) turned out a handful of killer tunes. It's just that those killer tunes seem like they were written for an entirely different movie (and it's entirely possible that was the case).

Kill Squad is about exactly what its title suggests: a group of men killing people. After the inexplicable opening song and a brief boardroom scene, we're introduced to Joseph, the owner of an electronics business, and his wife. While Joseph is talking about how his competitors want to take over his business, a group of men (not the Kill Squad, but a Kill Squad) break into the house and we get to witness Joseph's martial arts skills. While he's fending off some of the attackers, others have pinned down his wife and rape her. Whether she is or not, and whether she even lives or not is not important apparently because after this we never see from her again, yet we never hear what exactly happened. 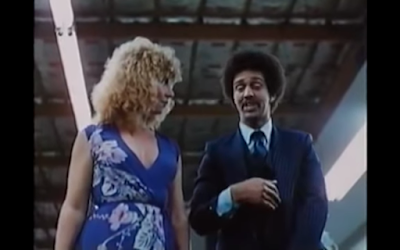 We're then introduced to Larry, a businessman of sorts, meeting a client at a printshop. Larry expresses his displeasure with his client, the client pulls a gun, and we get some more martial arts. We also see said client attempt to shoot Larry but instead shoot his own toes off in a comical SFX disaster. Cut to Joseph in the hospital with Larry by his side. Through flashback, we learn Joseph was the leader of an elite unit of soldiers held prisoner in Vietnam. He'd been forced to walk through a mine field, blown up and injured just before the squad breaks free and kills their captors. Back to present day, wheelchair-bound and sitting in the hospital's rose garden, Joseph takes a big whiff of a bloom and says to Larry, “Fragrance opens a man's mind to many things... Assemble the squad.”

We're then treated to a montage of Larry walking around Los Angeles getting the gang back together. Said gang includes an Ogre-type muscleman, a huckster salesman, a construction worker, and a gardener, making up an assortment of all ethnicities and backgrounds. As we're introduced to each squad member, we see their fighting specialty in action as they kick several asses for no apparent reason, followed by Larry smiling and nodding while placing his hand on their shoulder. “Joseph needs you.” With that, each man leaves whatever life he had behind to serve their former leader. This is followed by a particularly embarrassing scene where the squad is gathered in the rose garden, and one by one shows off what they can do with weapons that include katanas, throwing stars, nunchakus, and knives, all the while Joseph nods approvingly. 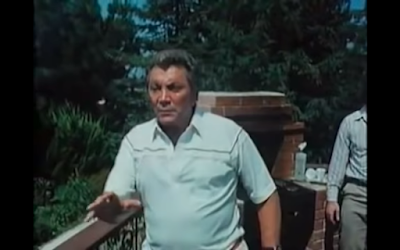 The squad heads out and they're led down a rabbit hole of name after name after name. From cowboys, to truckers, to steel workers, and even used car salesmen, the squad goes from person to person, business to business, repeating the same scenario over and over: show up to business, search for suspect, suspect runs, catch and question suspect, suspect's co- workers show up out of nowhere to defend suspect, squad kicks more ass. It's impossible to keep straight who's who and how they're connected. It doesn't matter, though, because (spoilers) almost everybody dies. Leaving a trail of bruised and bloodied bodies in their wake, the squad continues down this rabbit hole, while (spoilers) a sniper is picking each member off. By the time we finally reach Cameron Mitchell as the big bad, we're not exactly sure who we are and why everyone keeps killing each other. That's the whole point of Junesploitation, though, right?
Posted by Patrick Bromley at 5:00 AM