Welcome to Junesploitation! Some of you may NOT have decided on all of the terrific films you intend to watch this month, so here are some rare and hard-to-find choices for this, the Junesploitationiest of all days: ‘80s Action!

Some less enlightened souls would dub this list “The Worst ’80s Action Movies Ever.” Not me. I will abandon value judgment this month in favor of my latent love for rich, thick, cheesy goodness. You say these movies are bad? I say that, according to “science books,” penguins should NOT be able to fly. So there! 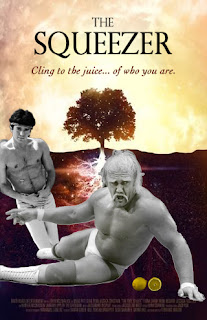 Audiences were expecting an action/exploitation film along the lines of Hogan’s earlier No Holds Barred; what they got was an unofficial, testosterone-fueled remake of Ingmar Bergman’s famous film Persona, in which Hogan plays professional wrestler Duke Vogler, who suffers a sort of “blankness” during a big televised wrestling match and then lapses into total silence. When doctors advise him to take time off to recover from the emotional breakdown, Duke goes to an abandoned lemon ranch in Southern California with only male nurse Arthur Smeed (Adrian Zmed) as company. As Arthur struggles to reach the mute former wrestling superstar, the two men find themselves experiencing a strange emotional convergence. This film is now most famous for the awkward, cringe-inducing love scene between its two leads.

Failed buddy cop movie starring Burt Reynolds and Dom DeLuise. Reynolds was at the time trying to escape typecasting, so he insisted on playing the comic relief: plus-sized desk Sargent Bobby Tushy. That left an inexperienced and unprepared DeLuise to handle all the dangerous stunts and the film’s risqué, R-rated romantic subplot. It did not go well. A disappointed DeLuise swore after filming concluded that he would never make another movie. He died only 24 years later.

Yet another yawn-inducing entry into the short-lived Cannon Films series that reimagined past US Presidents as action movie stars. Fans of Chuck Norris complained that the star was not well served by spending ninety percent of this 143-minute film in a wheelchair. The Cannon marketing department does deserve extra credit, though, for the film’s tag line: “The only thing you have to fear… is me kicking your ass!”
FDRmegeddon 2: The New Deal, 1981. The expected quickly-made sequel, about which the less said, the better. Some fans still champion the scene in which former President Herbert Hoover attacks FDR with a burning flag on a flagpole hurled like a javelin. Filmed concurrently with the first film. Norris later sued Cannon for his share of the non-existent profits.

This drive-in favorite is a bit of a headscratcher. Both the hero and the villain are named “Bodeen.” (SPOILER ALERT: They are brothers, both played by Joe Don Baker in a dual role.) Does the film’s title exhort the hero brother to continue assaulting his evil twin (i.e. “Keep punching Bodeen!”); is it encouragement for our hero (“Keep punching, Bodeen!”); does it refer to the young councilwoman’s campaign to not let the town expel the brother she loves, using the local nickname he garnered for his violent ways (“Keep ‘Punching Bodeen’!”); or is it a campaign slogan used by the evil brother, who happens to be mayor of the town (“Keep Punching ‘Bodeen!’” [on your ballot])? This confusion is compounded by direction so muddled that the audience is never quite sure which brother is which and by director Karlson’s insistence on shooting the entire film at night, rendering much of the action darkly unintelligible, especially on a washed-out drive-in screen at dusk. 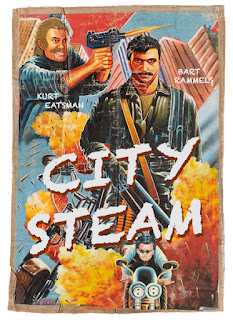 This attempt to recapture the magic of Burt Reynolds and Clint Eastwood’s City Heat with a cast of unknowns failed miserably at the box office. (My God, this film is so obscure that the only poster I could find on Google image search is from Ghana!)

Often cited in film reference books for its redundancy, the film does feature a lot of chains... and a lot of gratuitous nudity. Followed by eleven sequels, eight of which were released straight to video. 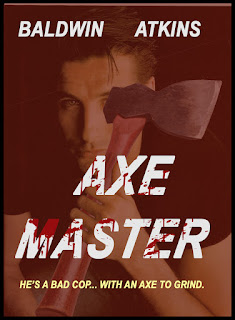 The latter film actually became a popular series, though one with diminishing returns. The next five years saw the release of Axe Master 2: The One Who Throws the Axe, starring Stephen Baldwin; Axe Master 3: Axe Me Tomorrow, starring Daniel Baldwin; and Axe Master 4: Go Axe Your Mother, starring Pablo Baldwin (no relation).

Admittedly, many of the films I mention above are hard to find on any streaming service... or DVD... or even VHS. Have fun trying to find them! I myself still own playable copies of only about half of them. Well, gentle readers, the thrill is in the chase.

You could just watch Die Hard again.
Posted by Patrick Bromley at 5:00 AM