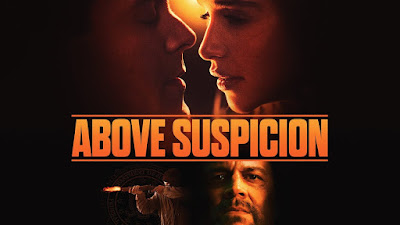 Here’s the thing about Emilia Clarke: She’s always been better than Game of Thrones. Over eight seasons playing the arch, uncompromising Daenerys Targaryen, Clarke became synonymous with a kind of entitled poise, a pint-sized badassery that made her both fearsome and admirable. Dany is cold, tough, and aloof, often unable to reconcile her human vulnerabilities with her destiny as the liberator of entire civilizations. It’s a good part (though not as good as Book Dany, if we’re getting nerdy about it), but it often required little more from Clarke than looking resolute or standing near a spot where CGI dragons would eventually be painted. As Game of Thrones wound to a close, Clarke began a familiar Hollywood shuffle: Who would we decide she is, and for how long? She stuck with genre for a bit, playing Sarah Connor in the incoherent Terminator: Genisys and — hang on, let me look it up — “Qi’ra” in Solo: A Star Wars Story. They were thankless parts, and they didn’t feel genuine to her. 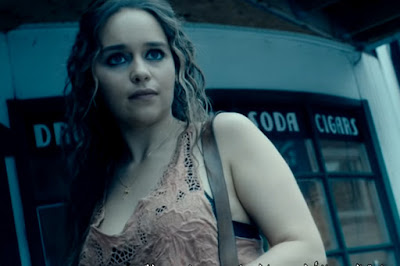 And then came Last Christmas, a movie we really need to be talking about more often. An innocuous Christmas rom-com on its surface, it makes a late-game revelation that completely changes the context of both the story and Clarke’s character, Kate. It’s not a great movie, but Clarke is great in it. She gets to smile, laugh, be clumsy and adorable. It’s very easy to tell when an actor is in the zone, and it turns out that Clarke’s zone is charisma and warmth. It’s not to say that she can’t be commanding and impressive — again, eight seasons of television will attest to that — but there’s something revelatory in Last Christmas, something that suggests Clarke had been pulling her punches all that time in Westeros (Well, I guess it was mostly Essos. You know what? Forget it). The point of all this preamble is that there are times when we — whether we be actors or just normal folk — try on different hats in our search for identity. Which brings us to Above Suspicion.

Based on the real-life 1989 murder of Susan Smith, Above Suspicion is an airport paperback writ large, a Lifetime Channel Original without commercial breaks. As Smith, Clarke opens things Sunset Boulevard style, narrating from the afterlife through a wry smile and a thick Dixie accent that makes it clear things are going to go very wrong very fast. She introduces her hopeless life and the hopeless people in it — ex-husband Cash (Johnny Knoxville), brother Bones (Luke Spencer Roberts), and a handful of other redneck reprobates living on a steady cocktail of opiates and economic insecurity. In the fallow periods between dealing drugs and committing welfare fraud, Smith dreams that she and her two malnourished children might one day escape this nowhere town. That opportunity arrives in the form of FBI Agent Mark Putnam (Jack Huston), a hotshot Yankee looking to make a name for himself in the Bureau. Smith knows where the bodies are buried, so she offers herself up as an informant. 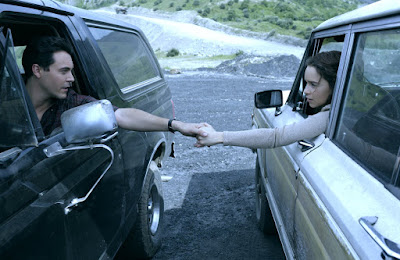 That agent/informant relationship quickly becomes a passionate sexual affair as Smith grows dependent on the married Putnam for the self-esteem that a life of abuse has always denied her. She’s never been with someone who valued her words as much as her body, someone with direction and drive and purpose. It takes her too long to realize she’s a pawn, of course, and by the time she becomes pregnant with Putnam’s baby, the case is firmly in his rear view mirror. From there, Smith’s descent into chaos is predictable: She lies to her family, confronts Putnam’s wife (herself a recovering addict who used a man to find a new path), and threatens to ruin his career. And it all goes exactly as well as you’d expect! For all Smith’s hillbilly wisdom (“If you wanna catch a big fish, you gotta bait a good hook”), she was always in over her head. She and everyone else in backwoods Pikeville were always going to be footnotes in our larger national story. The world was always going to swallow her whole.

Journeyman director Phillip Noyce crafts Above Suspicion’s visuals to match its tawdry story: The bleach bypass and canted angles are in full effect, as is the trailer rock soundtrack and hand-cranked cocaine trips. Were it not for its famous lead and a touch too much gloss, it might have been a solid piece of Hicksploitation. It’s a trashy story about trashy people, and Noyce has the good sense to heighten the presentation in a way that ensures we never take any of it too seriously. Knoxville makes for a reliable junkie ex-husband, and a straggly Kevin Dunn makes an appearance alongside a permed Thora Birch. The only real weak link is Putnam — not necessarily Huston’s performance, but his overall depiction. He’s not a sympathetic man, and the movie doesn’t want us to like him, but Chris Gerolmo’s screenplay might have at least given him texture enough to justify his irresponsible actions. Then again, this is Smith’s story, so his function as a means to an end may have been intentional. 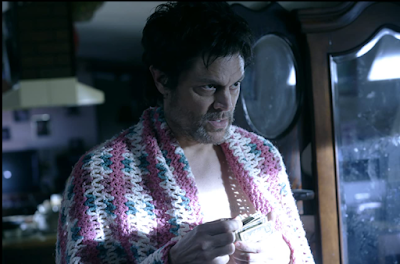 But we’re here to talk about Emilia Clarke, right? We’re here to figure out what her path will be. The short answer: She’s good in the movie! The accent works, she’s got the attitude down, and her upper boob tattoo is prominent enough to tell us what we need to know about her without being so large that we start reciting a Hillbilly Elegy. She took a chance, and it paid off. But who cares, really? Who’s watching? The more Last Christmases and Above Suspicions she makes, the less likely it is that she’s going to be seen as a viable mainstream star. And that sucks. She shouldn’t have to do a Marvel movie to get noticed. She shouldn’t have to fall victim to the One Blonde Actress at a Time rule that has dictated the rise and fall of so many careers over the years. And who knows? Maybe she won’t! Maybe she’ll find that next great role and people will stop calling her Khaleesi every time she leaves the house. I hope she does. She is entirely too talented to be jumping from Redbox to Redbox for the rest of time.
Posted by Patrick Bromley at 5:00 AM