The Wish of ONCE UPON A TIME IN HOLLYWOOD... 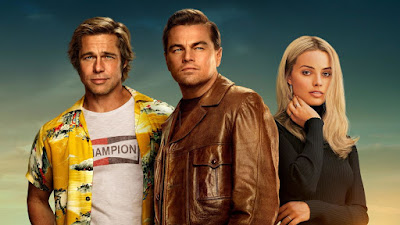 Rick Dalton is okay, and so are you.

Because he is. Rick Dalton is a has-been. There is simply no place for him in 1969’s Hollywood. The era (era) of the chiseled silver screen idol is over. The era of sincerity, of big bands and sweeping romances is over. The New Hollywood is about freedom and experimentation. Cinema is getting more personal, less bound by the limitations of genres and schtick. Rick is literally a cowboy in an industrial age, a man whose skill set is no longer of any use to anyone. 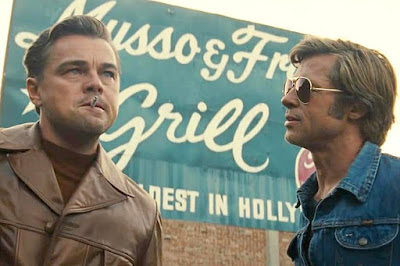 Though he may carry it with a bit more panache, Cliff Booth is also a has-been. He hasn’t worked as a real stunt man with any consistency since Bounty Law ended nearly a decade ago, and he’s managed to sabotage any potential new gigs through some combination of ego, impatience, or just plain indifference. Despite being “kind of pretty for a stunt man,” (or maybe because of it) people just don’t like Cliff Booth. They don’t like his energy. They don’t like his swagger. Rumor has it that he killed his wife and got away with it, and they don’t like that, either. But unlike his buddy Rick, Cliff gets it. He understands the hippies and their whole vibe, however immature and performative he might find it to be. He understands that his best days are behind him, and he’s not resisting his inevitable spiral into obsolescence. He’s content driving Rick around town, hanging out in his trailer with his dog, and eating instant mac ‘n cheese right out of the saucepan. He’s a pragmatist, and the universe seems to have deemed him unworthy.

But Sharon Tate isn’t a has-been. She’s an about-to-be. Beautiful, young, and energetic, the bombshell actress is making all the right moves. Movies like Valley of the Dolls and The Wrecking Crew may not be critical successes, but her screen presence is lively enough that just one big leap — like, say, marrying one of the hottest young directors in town — was enough to bring her just to the edge of major stardom. More importantly, and unlike Rick, Sharon isn’t putting on a show. She actually embodies the energy of her age. Watching The Wrecking Crew with a matinee crowd, Sharon is overjoyed to hear that the laughs come right as intended. She thinks back to the work she put in (martial arts training with Bruce Lee) and feels genuine pride. Compare that with Rick, who — while certainly capable of a great performance — needs to bring himself within an inch of catastrophe to get there. He needs Cliff to reassure him that his turn on F.B.I. was good enough, that he’s still Got It. But he doesn’t. At least, not right now. 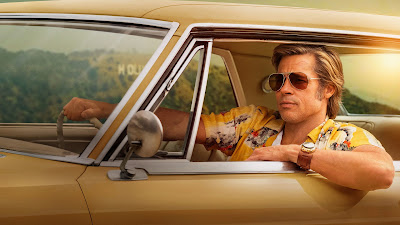 There’s hope, though. For Rick, for Cliff, and — through Tarantino’s circumvention of an infamous Hollywood disaster — for Sharon. That’s what Once Upon a Time in Hollywood really is. It’s hope. It’s a wish. It’s (as the title suggests) a fairy tale. It ignores the brutality of history as we know it in favor of something more in keeping with the greatest of celluloid myths. What if Charles Manson — a wanna-be rock star who co-opted the counterculture in order to manipulate vulnerable children in service of his own ego — was never able to commit the heinous crimes that earned him the notoriety he so deeply desired? What if his “family” was forced to disband and the flower children were free to live and dream and drop acid and grow up to ruin the economy for everyone else without incident? What if guys like Cliff Booth finally got to be real heroes and not just doubles for them? What if Sharon Tate and her friends got to live? What if washed-up cowboys from the ‘50s like Rick Dalton got the chance to ride again? 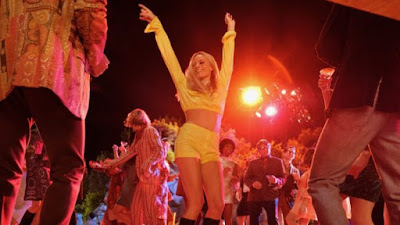 That’s what makes Once Upon a Time in Hollywood’s final moments so beautiful. It’s not just that Sharon Tate lives or that Rick and Cliff are the ones who save her. It’s that the act of doing so builds a bridge between generations. Sharon Tate and Jay Sebring like Rick Dalton. They remember him as the tough cowboy on Bounty Law. Though Rick didn’t know it, he was part of the appeal of living on Cielo Drive and — unlike Sadie and her crew — these kids feel the power of cultural legacy. When Sharon invites Rick over for a drink in the aftermath of August 9th, 1969, she opens a door to his future. Maybe Rick and Sharon hit it off. Maybe Sharon introduces Rick to Roman Polanski, and maybe Rick gets a great part in his next movie. Maybe Rick’s rebirth gives Cliff a new purpose, as well. Maybe together, Sharon and Rick prove that the Greatest Generation isn’t as square as the Baby Boomers make them out to be. Maybe the bitterness and resentment is replaced with something productive and pure. Maybe that’s what movie magic really is.
Posted by Patrick Bromley at 12:00 PM