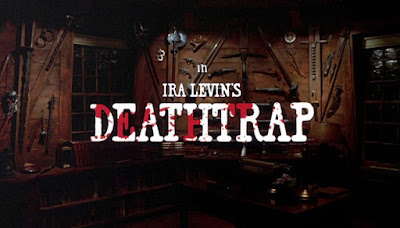 How far are you willing to go for your art?

I'm 99% positive I saw Richard Donner's Superman when I was a child. Even then I just couldn't get into superhero movies. And as far as I know, that is the first and only time I've seen Christopher Reeve act. While I'm not eager to go back and watch the series of movies that made him a star, I will be going back and watching everything else Reeve acted in after watching the beautifully restored Warner Archive Blu-ray of Sidney Lumet's Deathtrap. I have just recently realized the world was robbed of the wonderful talents of Mr. Reeve.

Deathtrap is the film adaptation of Ira Levin's Tony-nominated stage play of the same name. Starring Michael Caine as playwright Sidney Bruhl, Dyan Cannon as his wife Myra, and Reeve as aspiring playwright Clifford Anderson, the story opens with Sidney pacing in the back of the Music Box theatre in New York City (where Deathtrap the play originally opened) on the opening night of his new play. Sidney heads next door to the Ziegfeld Cafe during the second act to drown his anxiety in whiskey as he awaits the first reviews. Spoiler alert: the play is a bomb; his third consecutive bomb, actually, which usually spells bad news for an artist. Sidney stays out all night sulking, returning to his country home in cold and windy Montauck where his wife has been up all night worried sick about him. The next morning, Sidney reads a script sent to him by one of his students, Clifford Anderson, whereupon reading it, realizes it's the greatest play he's ever read. “I’ll tell you how good it is,” Sidney broods. “Even a gifted director couldn’t hurt it.” Sidney begins to formulate a diabolical plan wherein he will invite Anderson up to the house on the auspices of giving notes, and proceed to kill Anderson with one of the many antique weapons hanging on the wall of his writing study. While Mrs. Bruhl is reluctant at first, she eventually comes around to the plan. 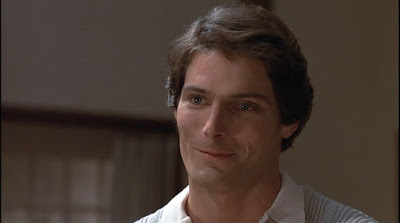 Unfortunately I'm going to stop with the plot right there. What you've just read is only the first 12-ish minutes of the film. What follows is one of the twistiest and turniest movies I have ever seen. Three separate moments left me in a state of shock, and there is no doubt in my mind this will end up in my top ten discoveries list at year's end. Deathtrap is thoroughly entertaining, with masterful direction and three of the most memorable performances I've seen in recent history. Dyan Cannon has been and will forever be one of my all-time celebrity crushes. When Sidney is on the phone to Anderson, convincing him to travel upstate to their house, Cannon's silent reactions is an acting class in and of itself. And we get firsthand experience at how powerful Cannon's pipes are when she screams in terror several times. I can only imagine the fun these actors had on set. 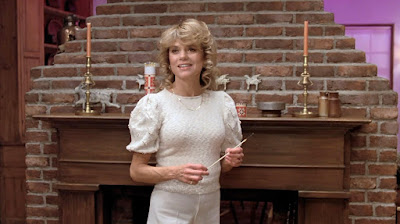 Speaking of my forever crush on Dyan Cannon, Christopher Reeve delivers an outstanding performance, and I'll get to that in a minute. There is a moment in the film where Reeve is fresh out of the shower and shirtless, and as a man who is confident in his sexuality, all I could think about was rubbing oil all over his chest. Out of all the clips and stills I've seen of the Superman movies, never once did I think to myself, “That's a sexy man right there.” But there I was watching Deathtrap, feeling things. *fans self* Getting back to his performance, though, Reeve left me stunned during several instances in the film with different line readings or physical gestures. In a scene where Sidney has Anderson handcuffed as a joke, Anderson starts to panic. Stuttering through his fear, Reeve works up eyes full of tears without shedding a single one and in that moment with my heart was racing, sitting on the edge of my couch, I panicked right along with him. Consider me a Christopher Reeve fanboy from now on.

We also get to see Michael Caine in a light we rarely experience. I think it's safe to say the Caine we're all used to seeing is a cool, mostly-relaxed, distinguished Brit (think Goldmember or The Dark Knight trilogy). From minute one we're introduced to a man with obvious hypertension, whose brain never stops working, and who can turn into a monster with the flip of a switch. Out of all the Caine performances I've seen, not once have I seen him as worked up as he gets in Deathtrap. There's an instance where he screams – nay, roars – at the top of his lungs and I felt the earth tremble beneath me. All three of our co-leads – as well as the hysterical turn by Irene Worth as the psychic neighbor, Helga ten Dorp – have turned themselves to 11 and deliver balls-to-the-wall performances that will live in my head forever. 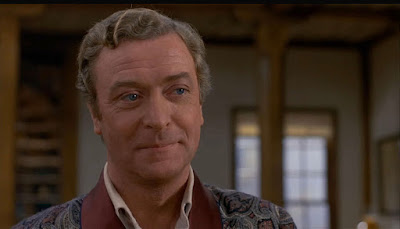 If you're a fan of mysteries like any of the adaptations of Agatha Christie's Hercule Poirot, Herbert Ross's The Last of Sheila, Rian Johnson's Knives Out (I assume he took major plot and stylistic inspiration from Deathtrap), or even a play-within-a-play type of film like Peter Bogdanovich's Noises Off (another Caine vehicle) I guarantee you will love Deathtrap. The comedy will keep you laughing, the performances will keep you inspired, and the twists and turns will keep you guessing.
Posted by Patrick Bromley at 5:00 AM