“Butterfly in the sky
I can go twice as high
Just take a look,
It's in a book —

A recent visit to the Flashback Weekend Chicago Horror Convention unleashed a river of great memories, gut-punching emotions, and general malaise. I arrived early, thinking I could 1) valet park and 2) eat a decent meal at the Hyatt Regency O’Hare’s signature restaurant O’H. Neither were possible because, although the hotel was open for business, it really wasn’t totally, completely open for business, due to the lingering effects of the COVID pandemic. Valet parking was suspended and the only restaurant open was the coffee shop.

The COVID adventure hung over the entire affair, from the convention’s “suggestion” that everyone wear a mask, to the plentiful plexiglass at the hotel’s registration desk, to the plexiglass at some of the professional photo-ops. Why not just require convention-goers to be vaccinated? Would that be so… monstrous?

Yet one thing I loved about standing in the entry line was the chance to overhear many joyous reunions and conversations. If you go to enough conventions, you wind up making “convention friends” along the way. People you see at every show, or people you strike up conversations with, begin to feel like distant family members. (My convention friend is named Tony, and he lives in my mouth.) Conventiongoers greeted each other a little more heartily, with much gusto and passion, because this was the first convention anyone had been to in almost two years! It was great to see and hear. I greeted several people I know informally in the line, and each time I thought the same thing, “They survived the pandemic. I survived the pandemic. It’s great to be alive.” 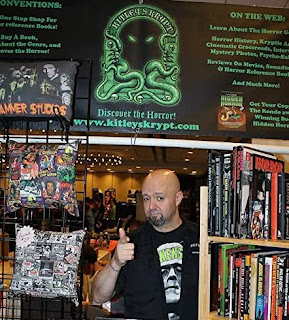 One person I was particularly happy to see had survived the pandemic was Jon Kitley. I have been seeing Jon at virtually every convention I attend for as long as I can remember: Wonderfest in Louisville, Kentucky; Flashback Weekend here in Chicago; and the Music Box of Horrors every October. Jon’s a great guy: he maintains a fun website called Kitley’s Krypt (kitleyskrypt.com) which you should visit on a weekly basis; he writes a monthly column in HorrorHound magazine; and his convention vendor’s table specializes in books, clearly a harder sell then t-shirts and Funko Pops! to younger horror fans. I always approach Jon’s table cautiously because, if I am not careful, the stop will set me back hundreds of dollars. Visiting his table always makes me wish I had “taken inventory” at home before coming to the convention. “Do I already own this book?” “Did I ever check this out of the library?” “Did I download this one cheaply on the Kindle machine?” “How many more books can I reasonably expect to read before I die?” Looking over Jon’s bountiful biblioteca brought back memories of the writers that first ignited my passion for film. Thanks, Jon. 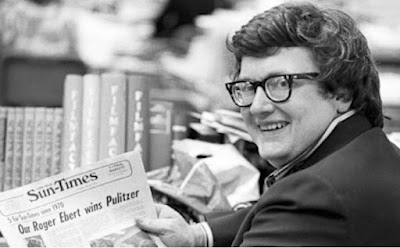 My late father worked for the Chicago Sun-Times for more than 40 years. He started out driving a truck and ended up as City Circulation Manager. One of the many perks of the job was that every night, he would bring home a copy of the next day’s paper. This wasn’t supernatural, “Early Edition” nonsense, it was just the first printing of the morning paper that was printed the night before. That means that every THURSDAY night, I received a crisp, hot-off-the-press copy of the FRIDAY paper. I got to read Roger Ebert’s amazing reviews (Read? Savor.) a day early and peruse the movie theater showtimes to plan out that weekend’s viewing. Such a gift. Thanks, Roger. Thanks, Dad.

A few years later I was introduced to the extraordinary criticism of Pauline Kael and excitedly tore through all the published collections of her New Yorker pieces. I had never read anyone like Kael before; she clearly loved movies with a strong passion, but she wrote about them as if no one else had ever written about movies before. Her takes were so personal; the writing so lively and lucid. Thanks, Pauline. 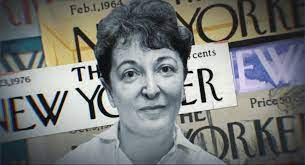 The one book I did buy this year from Mr. Jon Kitley (yes, I held myself to one—I’M ON A FIXED INCOME) was Gregory Mank’s extraordinary Hollywood Cauldron: Thirteen Horror Films from the Genre's Golden Age, which had escaped my attention until now. Mank is one of my favorite film historians and the book is at once production history, criticism, and movie love for these early Hollywood horror films. I’m reading it slowly so it will last.

Returning to the “Land of Mank” reminded me of the last time I attended Monster Bash in Pittsburgh, Pennsylvania. That convention visit was notable for two things: 1) It was the weekend of F This Movie’s epic Podcast-A-Thon where we broadcast for nearly twenty-four hours to raise money for the Magnolia Tree Foundation, a cancer charity started by the family of a friend and 2) It was the weekend I finally got to meet Gregory Mank and Tom Weaver. 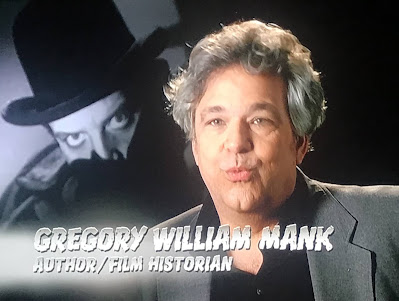 Can we all just admit that film historians Tom Weaver and Greg Mank are goddamned national treasures? Weaver and Mank hand in more A+ audio commentaries on recent Shout Factory horror reissues. In some cases, the audio commentaries alone are worth the price of the disc. I have learned so much from these men. Gregory Mank is the author of One Man Crazy: The Life and Death of Colin Clive (2018); The Very Witching Time of Night (2014); Bela Lugosi and Boris Karloff : The Expanded Story of a Haunting Collaboration (2009); Hollywood’s Hellfire Club (2007); Women in Horror Films, the 1930’s (1998); It’s Alive: The Classic Cinema Saga of Frankenstein (1981); and ten other volumes. Tom Weaver is the author of Universal Terrors: Eight Classic Horror & Sci-Fi Films (2017); Creature Chronicles: Exploring the Black Lagoon Trilogy (2014); Wild, Wild Westerners (2012); I Talked with A Zombie (2008); the indispensable Universal Horrors: The Studio’s Classic Films, 1931-1946 (2007); Double Feature Creature Attack (2003); Poverty Row Horrors (1993); and over 25 other books. He has also edited numerous entries in the “Scripts from the Crypt” series.

Meeting them at the Monster Bash convention in 2016 [...] was a highlight of my year. I am afraid that I probably came off like an embarrassing fanboy, babbling like an idiot as I produced book after book for them to sign. (In the photo below, Weaver is on the left, pictured with Greg Mank on the right, who was also forced to smile at my awkwardness and sign many books.) 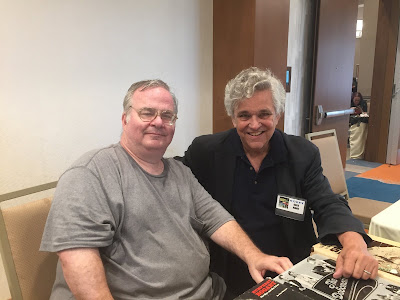 When I was talking to Jon Kitley last Friday about Tom Weaver and Greg Mank, he shared a similar story of asking Weaver to sign TOO MANY BOOKS the first time he met him. If I ever wrote a book, I don’t think I would ever tire of signing it. Thanks, Greg. Thanks, Tom.

At the tail end of my teaching career, I became entranced by the film criticism of Dana Stevens, who writes for Slate; and Farhad Manjoo, who used to write for Slate but now writes for The New York Times. (Manjoo was the Tech. expert at Slate and was really good at explaining difficult concepts in a way that I could understand. Thanks, Farhad.) Stevens’ film criticism reminds me of Pauline Kael’s: wild, personal, mercurial, and so well-argued that her points are tough to disagree with. Stevens has a book coming out this November, Cameraman, about the life and work of Buster Keaton, my favorite silent film star. This looks like a must buy and a must read. Thanks, Dana. 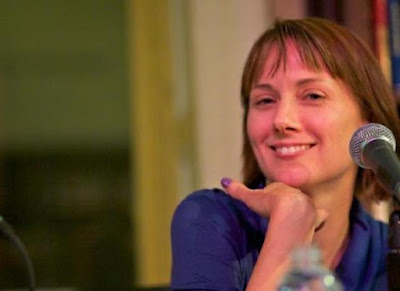 Though I have never published a book, I’ve been privileged to share HUNDREDS of columns and podcasts here at F This Movie!. In fact, this is my 500th column for the site. I wonder sometimes if anyone looks at my eleven years of “content” with the degree of affection with which I view Ebert, Kael, Mank, Weaver, Manjoo, and Stevens. I hope so. I’m certainly not in their league, but I try my best. Thanks, readers.