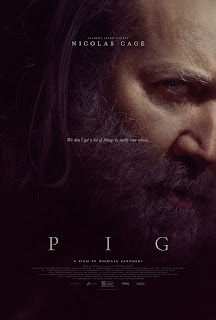 You will believe a man can love a pig.

Spoilers ahead. Just watch the movie. It rules.

Michael Sarnoski’s debut feature is called Pig. It’s a dingy, understated indie starring Nicolas Cage as a bearded recluse with eccentric fixations. Though his character is mostly stoic and withdrawn, Cage occasionally indulges the audience with wild-eyed outbursts and paranoid monologues as the film’s strange little plot develops. Given most of the actor’s recent output, we can predict popular responses to Pig: Mainstream moviegoers will ignore it, Cagehounds (like our own Patrick Bromley) will champion it, and film journalists everywhere will use it as an opportunity to write their yearly “Is Nicolas Cage Actually Great?” pieces, which — and I need everyone to listen carefully here — stop being ironic meme fodder when nearly every one of Cage’s performances is a revelation. Honestly, though, Pig’s trailer does reek a bit of granola cottagecore nonsense, and committed skeptics will enjoy sharing GIFs of a crusty Cage searching for truffles. Joke if you want. That’s fine. But Pig is one of the best films of the year. 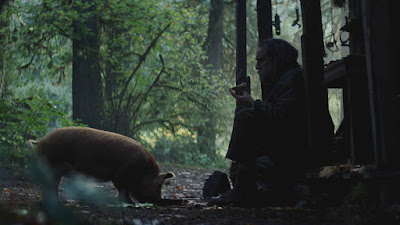 Cage is Robin Feld, a forager living on the wooded outskirts of Portland, Oregon with only a truffle pig for company. For reasons we’ll discover later, Robin has entirely resigned himself to solitude. Everything he needs for survival is stacked neatly on the shelves of this tiny homestead, and his only occasional human contact is with Amir (Alex Wolff), a flashy greenhorn businessman who sells Robin’s wares to trendy restaurants. One night, Robin’s home is invaded and his beloved pig is stolen. Devastated, he recruits a reluctant Amir for a city-wide odyssey through trailer parks, drug dens, fight clubs, and the hidden remnants of Robin’s past in search of the one thing for which this man seems committed to living. As their journey unfolds, however, Amir watches in awe as Robin oscillates from an irritable leper to a wizened shaman, from a belligerent nobody to a local legend. They were never searching for a pig, Amir soon learns. They were searching for meaning in chaos. Love in loss. Beauty in disaster.

The last few years have given us a wealth of great vengeance stories. Coralie Fargeat’s Revenge. The John Wick series. My beloved The Last of Us Part II. They are stories of pain, stories that explore a broken protagonist’s efforts to balance a cosmic moral scale through violence and destruction. The contradiction, though, is that revenge is inherently subtractive. We are not replacing anything when we exercise revenge; we are simply removing more things. That’s the whole problem with the enterprise: That loss we feel is permanent, and causing others to lose in equal measure is just hollow, empty compensation. It’s not real. It’s fleeting, and it can consume us (again, see The Last of Us Part II). But it’s not long into Pig that we realize we’re watching a different kind of vengeance story. As Robin retraces the steps of his former life — that of a prominent West Coast chef and restaurateur — we see him exercising justice through addition, rather than subtraction. His revenge is not a destructive act, but a constructive one. 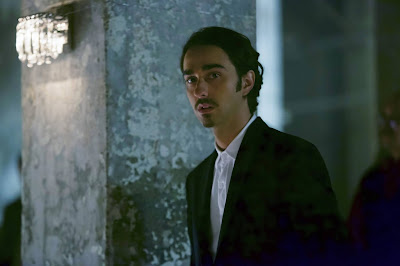 It’s an idea best exemplified by an extended exchange in which Robin scolds former protégé Derek Finway (David Knell), now king shit at some upscale craft eatery, for not following his dream of opening an Irish pub. For plot purposes, Finway is a link in a chain, one of many leads Robin will trace in search of his pig, and he ostensibly serves that purpose. He recognizes Robin and admits culpability in the pig’s theft with minimal hand wringing. What matters to Robin, though — and what eventually matters to us as viewers — isn’t that Finway is playing along with industrial espionage. It’s that he’s acting like this trendy bullshit matters, like people will remember his bite-sized portions of smoke-infused foie gras. “We don’t get a lot of things to really care about,” he tells the younger man. In most revenge thrillers, this would be a bloody scene of backroom torture. Robin would have a blade to this weasel’s neck. There would be ultra-violence. Instead, Robin fosters empathy: The pig matters to him. What matters to you? 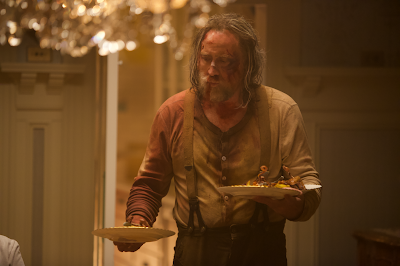 Sarnoski and co-writer Vanessa Block have crafted something truly special with Pig, a deft blend of tones and aesthetics that harness Nicolas Cage’s inherent oddities as an actor without taking the expected refuge in absurdity. Some only see Cage as a coiled spring, a wide-eyed loon enhanced for memetic value, and there are moments throughout the film’s ninety-one minutes (divided neatly into chapter-headed thirds) when we expect Cage to lose it, to scream and flip tables. Part of us wants it to happen, to be honest. We want the catharsis of rage, and sometimes we get it. But this character isn’t really driven by anger. As we’ll eventually learn, he’s not driven by the loss of the pig, either. He’s bothered by what the pig’s theft symbolizes, what it suggests about the world he’d long left behind. In his final confrontation with Amir’s father/industry Godfather Darius (Adam Arkin), this cosmic soothsayer manages to convince us all that it matters less what we value than it does how and why we value it. The pig was much more than a pig, and so are we.
Posted by Patrick Bromley at 5:00 AM