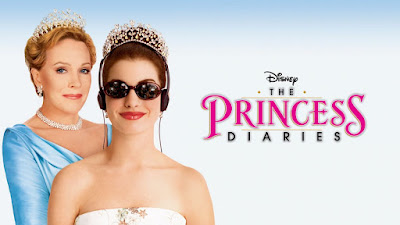 • Best Scene/Moment (tie): There’s a throwaway moment where Hector Elizondo, who plays Anne Hathaway’s security detail and chauffeur, is holding an umbrella with one hand and shooting jump shots on a basketball court with the other in the rain. Then the moment ends with Elizondo stopping and sort of turning towards the camera in a gesture like “Wasn’t that impressive?” It was. I’ve seen this movie about a half dozen times and never noticed that before. In the words of JB, it’s a great bit of business. The other is the slapstick sequence of Hathaway’s first royal dinner. It’s chuckles and grins galore. You heard me.

• Best Song: Unsurprisingly, the soundtrack to The Princess Diaries is wall-to-wall Radio Disney-ready pop songs. Many sound the same – a catchy chorus surrounded by not much else – so I’ll pick a song that’s the opposite, “Crush” by 3G’s. It’s got a lovely beat and builds to what should be a soaring chorus and then it…just doesn’t really happen??? Nevertheless, most of the track is nice in a walking wistfully through The Disney Store kind of way.

• Best Merch: A 3x5 inch index card signed by Heather Matarazzo for $36.00! The seller describes the autograph as being “boldly” signed and is among part of their enormous collection of over 9,000 in-person collected signatures. I wonder if they catalogue these also using index cards. 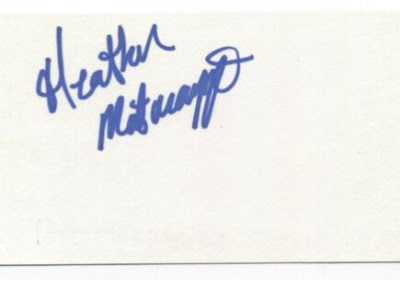 • Director Check: The Princess Diaries was directed by Garry Marshall, who was a beyond-perfect choice to direct this franchise. Marshall made his theatrical film directorial debut in 1982 with Young Doctors in Love and worked consistently throughout the ‘80s and ‘90s with popular films like Overboard, Beaches, Pretty Woman, and Runaway Bride. In 2001 he made The Princess Diaries, which was a sleeper box office hit, and returned for its sequel in 2004. In fact, he made two movies in 2004 (!), the other being the Kate Hudson vehicle Raising Helen co-starring John Corbett. How have I not seen that movie? It’s got Corbett! Marshall directed a trilogy of sorts to finish out his career as he capitalized on the success of 2010’s Valentine’s Day with 2011’s New Year’s Eve and 2016’s Mother’s Day. Marshall was an old-school Hollywood type of filmmaker whose trademarks included unabashed sentimentality, giving star-making platforms for young actresses, and holding on extras for uncomfortable amounts of screen time.

• Year 2001 Movies to Trailer Before It: Get Over It, Serendipity, Summer Catch

• Draft Day or The Princess Diaries? Draft Day, but not by much. 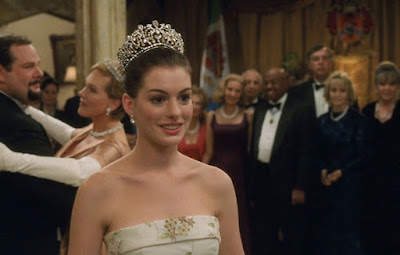 • Mall Movie? I’ll say no because it’s more on the elevated side of the Disney live-action features and having a Julie Andrews movie open at the mall seems impolite. This might have eventually played the mall near the end of its run.

• Only in 2001: Mandy Moore playing an antagonist.

• Scene Stealer (tie): The always great Hector Elizondo and Terry Brown, who crushes his one scene as Policeman Artie Washington.

• I Don’t Miss: 15-year-olds in movies who own vintage Mustangs and have friends that know how to fix them.

• 2021 Crush (tie): Anne Hathaway and Mindy Burbano as Gym Teacher Harbula. She’s wearing khaki shorts and a polo in her scenes and it works for me. 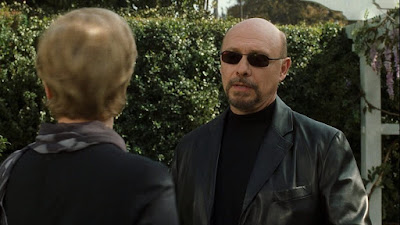 • What I Thought in 2001: The Princess Diaries was my secret movie shame of 2001. I wanted to see it badly when it opened but was too embarrassed to get anyone to go with me or see it by myself. I eventually caught up with the movie on DVD when I worked at Blockbuster Video. It was adorable and lived up to my expectations. I remember buying it at work and pretending it was a holiday gift for someone else when really it was for me.

• What I Think in 2021: I’m still a really big fan. It’s charming, funny and oddly involving. When she accepts her responsibilities to become the Princess of Genovia at the end, it just feels right, ya know? P.S. I predict in the next five years that Disney+ will make a legacy sequel with Hathaway/Pine and their inevitable kid becoming either a prince or princess. If they don’t, then they’re f**king crazy.
Posted by Patrick Bromley at 5:00 AM