A Few Thoughts on MALIGNANT 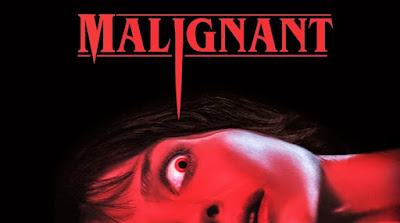 Not a review; just a few random observations on the horror movie everyone's talking about.

1. That's not Barbara Steele on the poster, but it sure does look like Barbara Steele. This speaks to the movie's Italian influences, which, to me, have been overstated by Wan in the press and by people talking about the film online. There are certainly flourishes of Italian horror, be it the lighting design or the leather gloves or some of the kill sequences or the overall over-the-topness of it all, but unfortunately The Discourse (TM) has become all about which movies and subgenres Wan is referencing. Whether or not Malignant is a giallo doesn't ultimately matter, so it's been disheartening to see some people arguing this very point and missing the forest for the trees. The movie is not a credibility test.

2. I was thinking that James Wan might not be great with actors, but then I remembered the performances of Patrick Wilson and Vera Farmiga in the Conjuring movies or Wilson and Rose Byrne in the Insidious movies or Kevin Bacon in Death Sentence and realized that's not a fair criticism. A friend suggested that Wan is great with established actors, but those less experienced tend to flounder in his films (which still doesn't explain Cary Elwes in Saw). He might be on to something. The cast of Malignant flounders a bit, giving performances that could be considered "bad" but which are also very much in keeping with the spirit of the film. I'm still on the fence about how much of the movie's badness is on purpose. 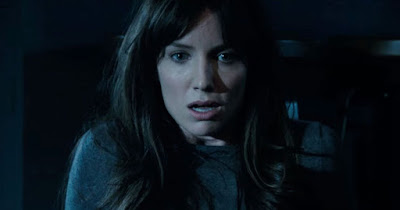 3. Speaking of the badness: I may have come to terms with the notion that James Wan and I have different taste. What I'm referring to as "badness" isn't really bad, just a difference in taste. There's a lot in Malignant where Wan and I are definitely on the same page, be it the show off-y direction or the heightened theatricality of everything or the general insanity of where things eventually go. I love all that, and I'd be lying if I said that Malignant wasn't my favorite studio horror movie of the year so far. But then there are those choices where Wan and I diverge. Sometimes it's a performance, sometimes it's a line of dialogue (by screenwriter Akela Cooper) he chooses to keep. These are his choices to make, and I'm glad he's a filmmaker who makes clear, big choices. They just aren't always what I want out of the movie. Doesn't make them wrong. Just means we have different taste.
4. My Girlfriend Zoë Bell shows up in a weird cameo, automatically making this one of the best movies of the year. 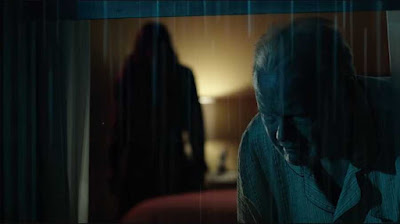 5. Mild spoilers: I did my best to stay offline for fear of having the movie spoiled for me because Erika and I weren't able to watch it right away. For the most part, I did a good job and people were respectful...for about 24 hours. After that, I guess all bets were off, because people on Twitter began posting things like "Just watch Daniel Isn't Real instead." Now, that doesn't exactly spoil the "twist" of Malignant, but it also kind of does. Needless to say I was very pleased when the movie makes that reveal, only to toss it away minutes later for an even bigger reveal. The first one was ruined for me; the second one I could not have seen coming.
6. Between this movie and Old, maybe dialogue is not as important to a film's success as I thought.
7. As much as I appreciate the weirdness that James Wan brings to blockbusters, I really prefer him in this mode: making small, scrappy, original horror movies like Saw, Insidious, and this one (the first two were original at the time of their release, at least; both were franchised like crazy). When he's left to his own devices to make whatever he wants, he has consistently made something special. 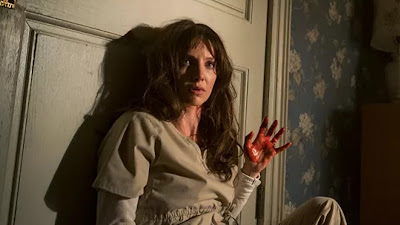 8. I need to watch it again, but right now I'm ready to call Malignant my favorite James Wan movie. I don't love his blockbusters, though I'll be the first to admit that what he achieved with Furious 7 is nothing short of a miracle. I like the first two Conjuring movies enough, but they're a little too austere for my taste. Old-fashioned? Classy. I would have said that Insidious and Insidious Chapter 2 were my favorites because they combine his predilection for horror kookiness with good, grounded performances, but the more I think about it the more I admire Malignant's willingness to go pure nonsense and trash. Ultimately, I think that's where my heart is, too. I love this crazy movie.
Posted by Patrick Bromley at 5:00 AM