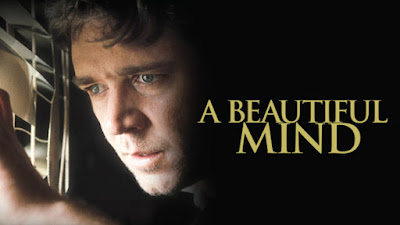 • Best Scene/Moment: There wasn’t really a standout scene or moment for me on this re-watch, so I’ll say anytime Paul Bettany (who is basically playing arthouse Matthew Lillard) suggests to Russell Crowe that they put down the math and carpe diem.

• Best Song: I’ll cheat here and go with the score by James Horner because it’s the best part of the movie. 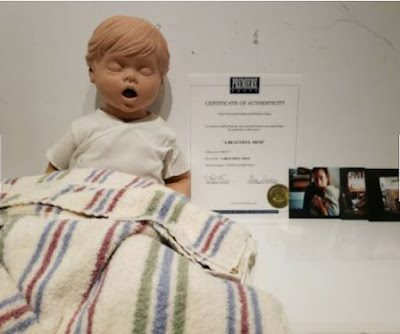 • Best Merch: This is maybe the Best Merch of all 2K Replays to-date. You can buy a prop of Russell Crowe and Jennifer Connelly’s baby (complete w/towel) in A Beautiful Mind for $750! This is amazing. You can also pay for it in 24 monthly installments of only $33.

• Director Check: A Beautiful Mind was directed by Ron Howard, who won two Oscars for the film including Best Director. Howard is a throwback director who works consistently within the studio system and tackles nearly every genre. Prior to A Beautiful Mind, Howard scored huge successes with films like Cocoon, Parenthood, Backdraft, Apollo 13, and How the Grinch Stole Christmas. After A Beautiful Mind, Howard mixed in prestige movies like Cinderella Man, Frost/Nixon (which is a very good movie and got him back in the Oscar race) and Rush (also very good) with popcorn flicks like The Da Vinci Code trilogy and Solo: A Star Wars Story. His most recent film, Hillbilly Elegy, was mostly dismissed. Ron Howard is a director who’s not one of “my guys,” but the funny thing is he’s directed more movies I enjoy than a lot of director who I would consider “my guys.” He just has a lot of misses. It’s weird because that’s where my mind goes when I think of his filmography and not to movies I love like Willow or Apollo 13. P.S. Why did the Yoga Awards hate him so much?

• Year 2001 Movies to Trailer Before It: I Am Sam, In the Bedroom, Moulin Rouge! 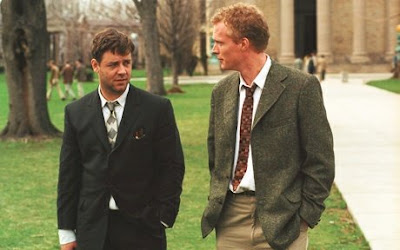 • Mall Movie? No. It’s prestige Oscar bait aimed at older audiences and boasts an acclaimed lead actor and director. It would play at the fancy theater.

• Scene Stealer (tie): Paul Bettany or Josh Lucas. I like Lucas’ character who the movie indicates at the beginning will be a bully-snob but is actually just friendly competition for John Nash (Crowe).

• I Miss (tie): Christopher Plummer and when a Best Picture nominated biopic/melodrama was so mainstream that it could gross $170M domestically in theaters. I feel like this movie would premiere on Amazon Prime if it came out today.

• I Don’t Miss: Leading man performances where they portray a person with an illness by “doing a thing” and hoping it wins them awards.

• 2021 Crush: Jennifer Connelly. Although her saying dialogue at what feels like half-speed equally draws me in and repels me. 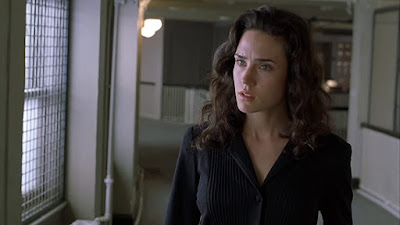 • What I Thought in 2001: I was still in the throes of a big Russell Crowe fandom back in December 2001 and remember being really excited about seeing A Beautiful Mind on Christmas Day. This excitement was informed partially by a guest speaker during one of my media classes in college who was a Hollywood insider of some sort (I forgot what he did exactly) but he insisted that A Beautiful Mind was going to be the eventual Best Picture winner for 2001 and this was back in October of that year. I remember thinking this guy was like Nostradamus and wished he was around to handicap future Oscar races. I really enjoyed A Beautiful Mind when I saw it in theaters. I was happy when it won Best Picture. I wasn’t seasoned enough as a moviegoer yet to know that the movie was basically made to push very specific buttons. I figured that out by Cinderella Man.

• What I Think in 2021: I don’t think A Beautiful Mind is terrible or anything, but it’s less impactful now than it was twenty years ago. It felt very retro in ways other movies of 2001 that I’ve revisited don’t. Maybe it’s because I’ve seen this type of movie (the rogue troubled genius who must let love solve their problems/let others in etc.) a number of times since A Beautiful Mind and that has dulled its impact. The whole thing just didn’t do it for me. Connelly is good but fussy, Crowe is committed but histrionic and Ron Howard directs the movie in a down the middle, workmanlike manner.
Posted by Patrick Bromley at 5:00 AM