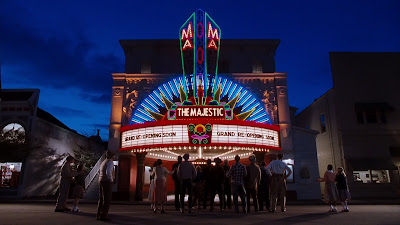 Winner of the Democracy Award from the Political Film Society.

• Best Scene/Moment: Everything having to do with Jim Carrey and Martin Landau getting the old movie theater back on its feet.

• Best Song: “I Remember You” by Nat ‘King’ Cole, which plays over the end credits. 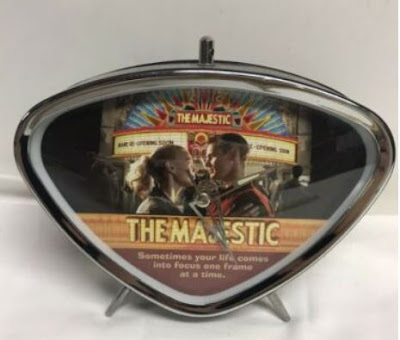 • Best Merch: A promotional clock for the film for $50.00. It’s a cool little item. It’s kitschy. Just think...if I got this then I could always be like “What time is it? Time for The Majestic!”

• Director Check: The Majestic was the third feature film directed by one of my absolute favorite filmmakers: Frank Darabont. It was a bit of a departure for him since his previous two movies -- The Shawshank Redemption and The Green Mile - were both adaptations of Stephen King stories. Those two films were well-regarded, and the former is considered to be an all-time classic. The Majestic, on the other hand, was seen by many as Darabont’s great folly and it performed poorly both critically and at the box office. The movie is also a departure because it’s a throwback to old Frank Capra movies and contains a lighter touch than Darabont’s other films. The only other movie Darabont directed after The Majestic was 2007’s The Mist, which is a return to Stephen King adaptations and (in my eyes) almost a reaction against The Majestic’s chilly reception since The Mist is about as much of a 180 degree turn in optimism a director can make compared to his previous film. Darabont followed up The Mist being the guiding hand on the early seasons of both The Walking Dead and Mob City TV series. Both experiences ended poorly and Darabont has said recently (on Mick Garris’ Post Mortem Podcast) that he’s pretty much retired from directing now. This makes me sad. I love his work.

• Double It with This 2001 Movie: Hearts in Atlantis 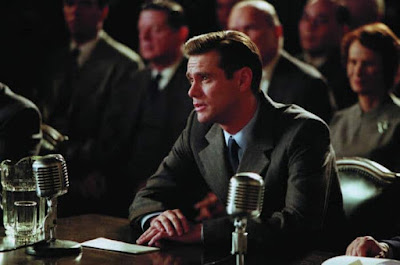 • Year 2001 Movies to Trailer Before It: The Lost Skeleton of Cadavra, The Man Who Wasn’t There, Mulholland Drive

• I Don’t Miss: The Majestic being a trendy punching bag when it was released. Even if people didn’t like the movie, I figured Darabont’s other work would have given him the courtesy of it just being considered a misfire instead of a calamity. 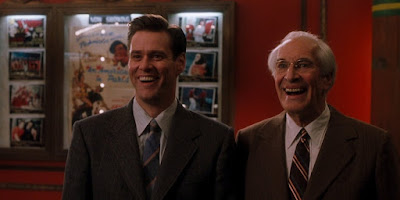 • What I Thought in 2001: I remember being surprised how much I liked The Majestic since it was getting savaged during its release. This made me appreciate the movie even more because I felt somewhat defensive of it at the time.

• What I Think in 2021: I still love the movie. I appreciate how big of a heart it has, its belief in decency, kindness, and democracy and the warm glow it gives to small towns/single-screen movie theaters/diners, etc. The last act of the film (where Carrey’s character is on trial under the suspicion of being a communist) is unpleasant and stressful but it’s to a purpose, which is that you have to stand up for something (especially yourself) when faced with unwarranted adversity.
Posted by Patrick Bromley at 5:00 AM