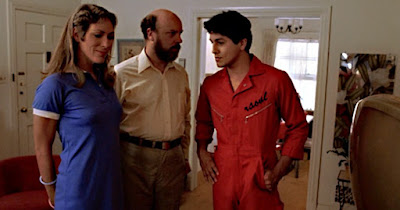 Swinging and my home state of Nebraska share a branded slogan: “Honestly, it's not for everyone.” In no way am I opposed to polyamory and I don't think any less of those that practice such things. It seems to me the only way something like that would work, though, is that an indestructible base of trust must come first – trust between the original partners, and trust between anyone else put into the mix. I trust my wife implicitly. For me, that wouldn't be the issue. It's other people I don't trust. I don't trust they wouldn't spread some horrible disease. I don't trust they wouldn't steal from us. I don't trust they wouldn't poop in our bed. Most movies dealing with polyamory usually focus on the trust – and its dismantling – between the initial couple. Paul Bartel and Mary Woronov, though, know how horrible other people are, and in Eating Raoul show me exactly what I fear the most. If we're swinging, I don't want to have to worry about killing somebody because they turn out to be a creep. 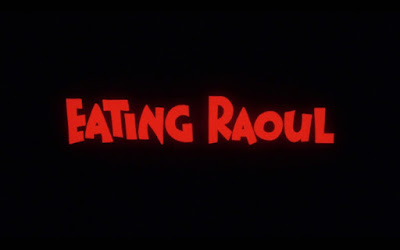 While I don't typically gravitate to movies with broad humor, Bartel, who wrote and directed Eating Raoul, mixes in a good dose of sincerity even when dealing with something as asinine as luring men to he and his wife's apartment with the prospect of sex only to kill them and rob them in order to save enough money to open their own restaurant. Silly enough on the surface, Bartel's and Woronov's relationship off-screen is what carries Raoul. Best friends in real life, you can always tell these two are having fun together. Even though Bartel was gay, he and Woronov frequently said they were soulmates.

Bartel and Woronov are Paul and Mary Bland, a sexually conservative couple (separate beds; Paul sleeps with a giant, champagne bottle body pillow; matching pajamas) who dream of someday opening a fancy restaurant. He works at a liquor store trying to sell $250 bottles of wine when the owner just wants him to sell the $10 bottles. She's a nurse, constantly fending off male patients who only want to bed her. The Blands live in the only apartment they can afford – in a swingers building where sexual deviants are always trying to get into Mary's pants. When one of those deviants gets into the Bland apartment and starts assaulting Mary, Paul comes to the rescue using a cast iron pan to knock the man unconscious. Realizing they could profit off murders like this (“These swinger types always seem to have money.”), the Blands put an ad in the local sex trade and the men come calling. Along the way a locksmith – the titular Raoul – gets involved by blackmailing them and taking a third of their profits. Things come to a head and, as you could guess by the title of the movie, Raoul gets his just desserts. 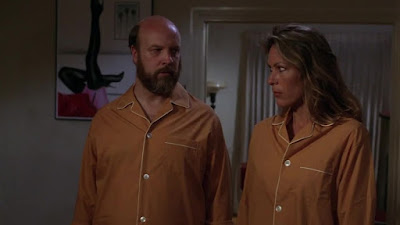 In most movies she appeared in, especially in the '70s and '80s, Mary Woronov was always treated as a sex object. “Everybody wants to fuck Mary” is what I kept thinking while watching Raoul. Her long legs, piercing eyes, gorgeous hair, and on more than one occasion, her breasts, drew the eyes of men and women alike, screaming at us, “Look at this perfect woman!” Mary was (and is) always in on the joke, though. She always seemed to be in charge. Many times, especially when she was with Paul, she used her beauty to expose men for the pigs they were. While her looks and sexuality were obviously used for exploitation purposes, Mary was the one doing the exploiting, and it's always a blast to watch.

Again, I'm not one to watch these types of broad comedies. Bartel/Woronov movies like Hollywood Boulevard and Get Crazy wear on me very quickly. There is some Nazi humor in Raoul that falls on its face pretty hard nowadays. Friend of Bartel and popular disc jockey The Real Don Steele shows up for a minute in Raoul, and just like in Rock 'n Roll High School, he plays his schtick so hard it's like an icepick to the skull. But there are some things that are very endearing here. The choice to make the music sound like a sitcom from the '60s or '70s is part of what leans into the sincerity I mentioned earlier. Edie McClurg (Ferris Bueller's Day Off) shows up as one of the swingers with a husband called Moose. And this is probably the finest acting I've seen from Bartel. In the Corman pictures, he's in he always seemed a bit too much for me. But here, and maybe because he was in charge, he was more real, more likable. 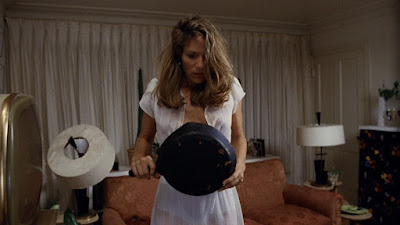 It's very sad to think about how Mary lost her best friend, her soul mate, when he was only 61. Paul and Mary appeared in 17 films together and could have kept going had he not passed away. I'd like to think of Fred Armisen and Kristen Wiig as possibly the next Paul Bartel and Mary Woronov. The world is better for having these types of couples on screen together, making us laugh, letting us know there are still good people out there.
Posted by Patrick Bromley at 5:00 AM