Watch these double features and tell your family about them at Thanksgiving during dessert!
Double Feature 1:

Patrick: Trailers/Shorts: Re-Animator, Amazing Stories episode “Go To the Head of the Class”

Patrick: Theme: Off With Their Heads

Patrick: I have no idea how well these two movies would play together, but they’re both really good so that helps. I haven’t revisited Marie Antoinette possibly since the theater but I know it was on my Top 10 back in 2006. I was about to say that between The Bling Ring and On the Rocks that I miss Sofia Coppola, but then I remembered The Beguiled and that movie rules.

Adam: That’s a pretty creative theme. I like both movies and, even better, they’re ones where I feel I can still discover more because I’ve only seen them two or three times each. Kirsten Dunst is so great in Marie Antoinette. I also need to rewatch The Beguiled remake. I was left a little cold from that movie on opening night, which is surprising because Sofia Coppola is one of “my guy” directors.

Adam: I’m not saying Steven E. de Souza is the best screenwriter of all-time, but he might have the resume I would want the most of any screenwriter. I decided to make this double feature solely focused on his work from the 1980s. In the 1990s, de Souza wrote Die Hard 2, Hudson Hawk, Judge Dredd, Ricochet, Street Fighter (which he also directed!) and more that I won’t mention because they can’t all be winners. Plus, this is also an Arnold Schwarzenegger double feature if Steven E. de Souza doesn’t ring your bell.

Patrick: Steven E. de Souza rules. Pair him with a Mark L. Lester (like in Commando) and I’m an initial-happy movie fan. 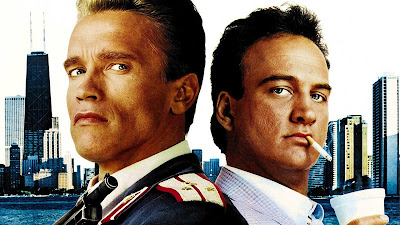 Patrick: There came a point in the career of every Heavy Action star that, having carried their own movies for years, they were teamed up with a partner, whether because they were mixing it up or because they were no longer the box office draw they had been previously. I love these movies because I love buddy cop movies, but also because I love to study how these solo artists function as collaborators. Some, like Schwarzenegger, are great at it. Some, like Seagal, aren’t. Some, like Van Damme, only collaborate with themselves.

Adam: Everything about this double feature is appealing, especially since I’ll get to watch Red Heat for the first time after years of putting it off. Which do you prefer? When the star is paired with another action genre lead or a comedian?

Patrick: It’s probably a case by case basis. I like when comedians do real action, like Damon Wayans in The Last Boy Scout or Billy Crystal in Running Scared, but I’m less a fan when the movies lean too hard on their comic persona and sell the action short. I think I’m more a two-action-star guy. How about you?

Adam: Case by case would be my answer also. I definitely think action comedies work better when the filmmakers lead with the action. There’s nothing that bugs me more in movies than an action comedy with poorly staged action.

Adam: We’re gonna need Kurt Russell to check the theater doors for heat. I still need to see Body Double. I always mean to watch it and then get sidetracked, so I’m pairing it with Body Heat which is a really good noir. I’ve seen Body of Evidence at least twice. I bet Dafoe had a lotta fun making that. I apologize in advance if Body Shots is a rebuke on this kind of theme.

Patrick: I love this double, if only because we so rarely get this gosh darn sexy during our double features. Body Double is so good! I hope you like it when you eventually see it. 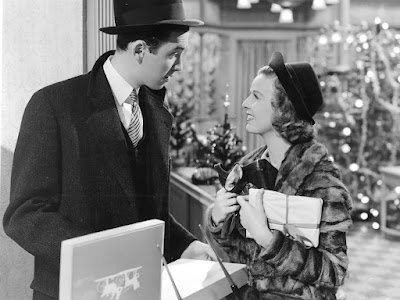 Patrick: I like this double because we don’t often program classics. I’ve never seen the original Ladykillers, so this would be a great opportunity to check it off my list. It has to be better than the Coen Brothers’ version, the only movie of theirs that I don’t think I like.

Adam: I would watch this double feature in a heartbeat and agree that we should program more classics into our double features. The Shop Around the Corner is delightful and I almost saw The Ladykillers (1955) at the Music Box a few months ago. I’m glad I didn’t because now I can see it here. And I second your sentiment about The Ladykillers remake.

Adam: This is the most specific double feature ever, but I might as well check some boxes while I’m here. I’ve always wanted to see both The Pallbearer and The Truth About Cats & Dogs but never got around to it for some reason. I also own a used copy of Kissing A Fool, which I’ve never seen either. Poor Schwimmer. I never gave him a chance on the big screen. I’m part of the problem. This might be the double feature I’m most looking forward to.

Patrick: I saw The Truth About Cats and Dogs so many times in theaters in 1996 because I was right in the throes of my very intense crush on Janeane Garofalo. It’s not a great movie. Either is The Pallbearer, but I like them both and could watch them at any time so what the fuck do I know? And you’re not alone on Schwimmer. America wasn’t ready for that hound dog at the movies. 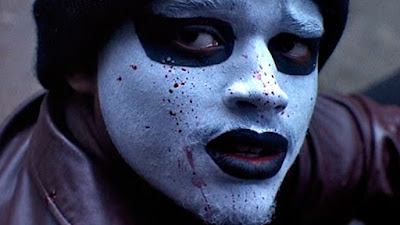 Adam: #1: There’s Something About Mary

Patrick: Is this too much of a whiplash double feature? Truth be told, I couldn’t think of enough movies in which semen played a major role. Mostly I just wanted the chance to see Dead Presidents on the big screen.

Adam: It’s whiplash but those are both good movies that I haven’t seen in a while (...been a while), so I’d gladly watch this one. Dead Presidents also has one of the best soundtracks of any ‘90s movie.

Adam: This is a great double feature of two movies I had in my top 10 list in 2014. I went to San Francisco one weekend back in March 2014 and remember being scared most of the time because I picked a hotel in a weird part of the city (it was called Hotel Vertigo - which I chose because the location was featured in the film Vertigo). The hotel was scary (mainly because it was so outdated, cramped, and full of possible murder history) and the surrounding area was hit or miss so I spent a lot of time at nearby theaters. I saw A LOT of movies. I’d like to go back to San Francisco one day when I researched where to go and where to stay a lot better. Their Chinatown is great btw!

Patrick: This one’s pretty specific too! I love when you go autobiographical. I can’t believe how many movies you saw there! We have wanted to go to San Francisco for many years but haven’t done it yet. Good to know we should steer clear of Hotel Vertigo. Are there vacancies at Hotel Full House? Probably not. It’s in the name. Having seen Dune, is it wrong to say that Enemy is probably still my favorite Villeneuve movie?

Adam: Of the Villeneuve movies I’ve seen, I would put Enemy first too. Sicario would be a close second but it’s diminished a little because the sequel (which I know Denis Villeneuve didn’t direct) was such a letdown. Then I’d go Prisoners, Blade Runner 2049, Dune, and Arrival. And now I’m sure everyone is mad at me. Patrick: Theme: I Lost It At the Movies

Patrick: So this was supposed to be a whole night of movies about amnesia and Hollywood, but there aren’t enough movies to fit that bill so only our two features match the theme. Sorry about that. The trailers don’t work but this is my favorite double bill of the ones I came up with and the one I’d most readily sit through.

Adam: The Majestic and Mulholland Drive are two of my favorite movies from 2001 so this double feature rules. I like the theme even if your trailers didn’t exactly cooperate. That Dark City trailer is incredible. It’s so good (that combined with Ebert’s 4-star review) that I feel like I never need to see the movie because it could only disappoint me. I’m weird. P.S. Good callback on Trance. That was one of the first reviews I wrote for F This Movie!

Adam: What can I say? I had trouble cracking this one, so I decided to go kind of nutty with my theme. I’m sure these two movies don’t pair together but they’re both from 1988!

Patrick: I mean, the trailers kind of throw it off but the two features play exactly like something I would have rented for myself and a friend in ‘88 or ‘89. I’m sure every 11-year-old boy appreciated being forced to watch Mystic Pizza, right? It’s amazing anyone wanted to hang out with me.

Adam: I wanted to see Mystic Pizza in ‘88 because it had pizza in the title and the poster seemed reverse engineered to look like a cassette tape.
Posted by Patrick Bromley at 5:00 AM