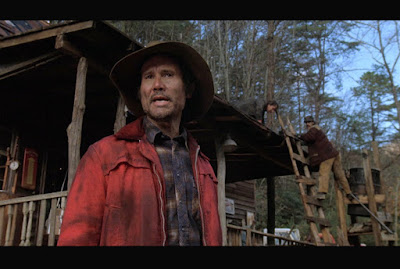 And an oral history of the Blue-Skinned People of Kentucky

When it comes to Hollywood exploitation of a certain sub-sect of people on this earth, my favorite has to be the hillbilly. A hillbilly, by definition, is a person who lives in the backwoods of America, usually in the Appalachian or Ozark region of the country. I grew up in Western Iowa and live in Nebraska. While we wouldn't refer to the rural, non-farming country-folk around here as hillbillies, I believe there are some similarities between the two. Both communities are very tight knit units – self-sustaining, supportive of one another, resourceful, and rarely traveling outside of their villages. Both are extremely protective of their people and their land – God help any outsider encroaching on the hillbilly/country-folk territory. The similarities abound, but I think one myth looms large over the hillbilly – inbreeding. This may explain some of the otherworldly characteristics embodied by the Hollywood hillbilly. And it may explain the blue-tinged skin of a certain family from Kentucky, but I'll get to that in a bit. 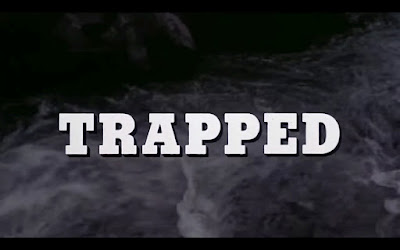 First, though, Trapped, aka Baker County, U.S.A. from director William Fruett and starring Henry Silva (character name: Henry) as one of the most despicable characters he's ever played. The film opens with Henry, king of the hillbillies, donning a delightfully floppy hillbilly hat, molesting a presumably underage girl while two other young men look on. As he's walking back into the little village he spots a state vehicle parked up on the road, rushes into his cabin, and catches his wife sleeping with a social worker. Henry then proceeds to beat his wife and lock the social worker in the cellar. We then cut to a university where a pompous young man is espousing his pacifistic beliefs in a sociology class while the other students roll their eyes and yawn. “Desperation doesn't justify taking another life.” Judging from the slug line of the film, we know where this is headed. “When you're cornered like an animal, it's kill or be killed.”

Back in the village, the town elders have voted to punish the social worker and proceed to tar and feather the man in a scene that literally made my skin crawl. Meanwhile, the pacifist city kid, his friend, and their girlfriends head to the woods for a weekend camping trip. The social worker, post-torture and covered in tar and feathers, escapes and goes screaming through the woods. The city kids witness the re-capture and murder of the social worker, the hillbillies nab the city kids, Pacifist escapes, and a showdown ensues in one of the most “fuck-it-let's-just-go-for-it” climaxes ever put to film. Think bull in a china shop; except this time it's Ford in a country store. 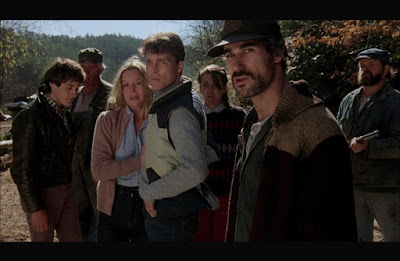 There are plenty of creative deaths including not one but two tarrings, immolation, and rooftop antenna impalement. Had I known about this movie earlier this year, I would've watched it for Henry Silva day during Junesploitation. In true hillbilly fashion closed captions are a must because you can hardly understand what these people are saying. Silva's portrayal of a leader who is truly psychotic yet whose followers don't stand up to him or don't try hard enough to stop him hits close to home. We've seen this play out in the real world all too often, and watching a movie from 1982 foretelling this concept is a little disconcerting. It's a perfect release for Code Red which, unfortunately, is out of print, but you can still watch it on YouTube.

Now, the real reason we're here: the Blue-Skinned People of Kentucky. This was something I first read about in Mrs. Olson's fourth grade class 30 years ago and I never forgot it. Martin Fugate was a French immigrant in the settlement of Troublesome Creek, KY in 1820. His skin? Indigo blue. He marries a woman called Elizabeth Smith with skin as pale “as the mountain laurel that blooms every spring around the creek hollows.” Martin and Elizabeth have seven children, four with blue skin. Jump to 1975 and the birth of Benjy Stacy, the four-times great grandson of Fugate. The Blue-Skinned Fugates are long gone at this point, yet Benjy is born with “skin bluer than Lake Louise.” The blue tinge is from a condition called methemoglobinemia, which causes methemoglobin levels to rise about one percent meaning blue skin, purple lips, and brown blood. Martin Fugate had this condition. Elizabeth Smith, discovered much later, even had this condition. And it has been passed down, apparently to future generations of Fugates. 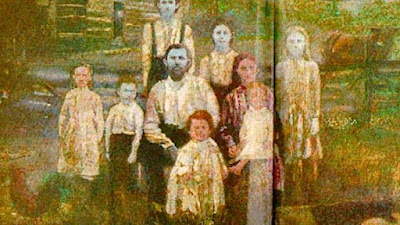 Sadly, because of their blue skin, many in the community discriminated against the Fugates, understandably causing deep shame, psychological trauma, and forced the Fugates to go even deeper into isolation. This then was the source of the blue skin gene to carry on as intermarrying and inbreeding became common among the Fugates and the tiny community that still surrounded them. While inbreeding isn't primary cause of the blue tinge, methemoglobinemia is still condition that persists and people today still live with that blue skin, including Benjamin Stacy, who now resides in Alaska.

This is why you come to F This Movie!, right?
Posted by Patrick Bromley at 5:00 AM