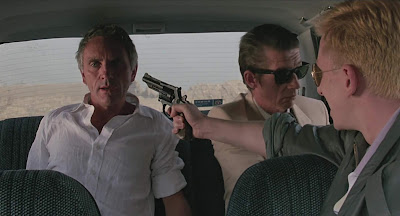 If we were doing a free association exercise like they do in The Dark Mirror, which I just happened to watch today, and I said “Neo,” what would come to mind for you? Well, if I were playing this little game with myself, which wouldn’t make a lot of sense, I’d think of three things:

Now, if you had a movie starring Keanu Reeves in over his head in some convoluted plot where he went to a goth/industrial dance club... well, I guess you’d have The Matrix, which evokes Neo Noir, but that’s just one of many genres evoked by the Wachowskis. If you aren’t a purist when it comes to #Noirvember (and frankly, why should you be when noir itself is all about messiness and questionable adherence to The Rules?) then you should spend some time watching Neo Noir this month. And lucky for you, I’ve got a few ideas for movies that will make your dark little noir heart pulsate like a flickering neon sign over a seedy bar in the wrong part of town. 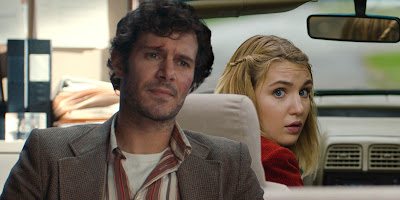 I have Patrick to thank for turning me on to this film starring Adam Brody as Abe Applebaum, once the fresh faced child hero of a small town, solving low stakes mysteries. Abe’s entering his thirties now, and his detective agency is more of a novelty than a career these days. He gets a new sense of purpose when he’s asked to solve a murder, something he’s almost certain he isn’t qualified to do. This movie has a winning script, a world-weary character in Abe, and plenty of style and side characters.

Available to watch on Hulu and rentable other places. 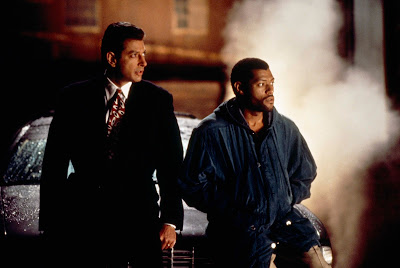 This movie finally got a proper release earlier this year from Criterion, which makes this the perfect time to watch it. Laurence Fishburne stars as an undercover agent who’s becoming increasingly disillusioned with the system and thinking about switching sides. Jeff Goldblum plays a sleaze bag lawyer who definitely operates on whichever side of the law is most convenient at the time. Clarence Williams III is a cop trying to save souls to little avail and Betty McCutcheon is as smart as she is alluring--which just adds to the danger.

Available to watch on HBO Max and rentable elsewhere. 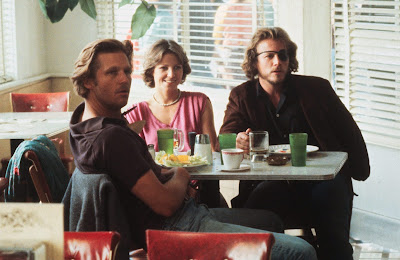 If you thought John Heard was hot in Home Alone (and I did), just wait til you see him with an eye patch and a wooden leg as Alex Cutter. No, but really! He is brilliant as the troubled and alcohol-dependent Vietnam vet trying to help his best friend Bone (played by Jeff Bridges) solve a murder that might implicate a local business tycoon. Lisa Eichorn rounds out the trio as Cutter’s depressed wife Mo, who seeks comfort in the more even-tempered Bone’s arms. This may not sound like a formula for fun, but the performances and story of this trio trying to solve a murder because it’s easier than fixing their own problems is one of the best movies I’ve watched in 2021.

Streaming on Paramount Plus and Amazon, among other sources. 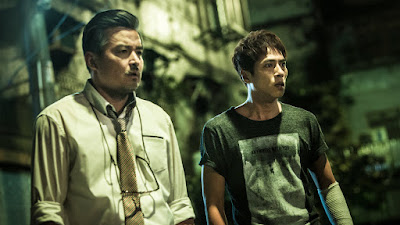 The main noir archetypes are private detectives, cops, criminals, femme fatales, and journalists. This movie features almost all of these, but it takes a while to figure out who embodies each one as the ground shifts and the truth along with it while the story unfolds. The non-linear narrative follows Chi (played by Kaiser Chuang), a reporter who has a few things in common with Nightcrawler’s Lou Bloom. When Chi gets into a car accident and brings his car in for repairs, his mechanic says the used car salesman must have pulled a fast one on him because this car seems to have been in an accident before Chi bought it. In doing some digging, it turns out Chi actually witnessed that accident--a hit and run that occurred nine years ago but was never solved. He decides to re-open the case and the story gets considerably more complicated from there.

Available for rent on Amazon. 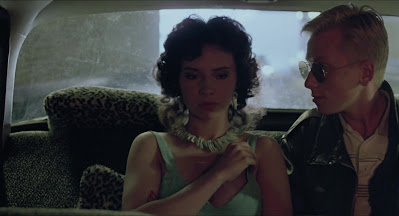 I watched this three times in one week when it popped up on the Criterion Channel’s Neo Noir collection this summer. You’ve got a philosophical criminal turned snitch Willie Parker, played by Terence Stamp, who has been in hiding in Spain ever since he turned state’s witness on the stand. You’ve got man of few words Braddock (John Hurt), who’s been sent to capture Willie and bring him to face his reckoning with the Boss in Paris. You’ve got bleach blonde himbo Myron, played by a VERY youthful Tim Roth, who’s a gun for hire with a hot temper and a head full of nothing. Along the way you’ve got Maggie, played by Laura del Soul, who joins this mad road trip against her will and does not go quietly. The music and scenery could be a big budget tourism video for driving across Spain. Not one of its 98 minutes is wasted.

Watch it on the Criterion Channel, where it’s still streaming as of this writing.
Posted by Patrick Bromley at 12:00 PM